Ravi Panchal claimed 18 wickets in 18 matches for the Spain team.

The 2nd game of the Spanish Regional T10 Midweek League 2020 will be played between Pinatar Pirates and Madrid CC at the Woodbridge Oval in Albir.

The Madrid CC team will be in action on the opening day of the Spanish Regional T10 Midweek League 2020 as they will face Pinatar Pirates in the game scheduled to start at 4 PM local time. The Pinatar Pirates will be busy on Monday as they will be part of the two matches to be played in the day. They take on La Manga CC in the tournament opener and come up against the Madrid team later on. The likes of Ravi Panchal, Paul Hennessey, Varun Jain and Marcus Harvey are among the ones to be watched out for in this match.

The weather forecast suggests a washout for the first day of the competition but if the rain stays away from the afternoon, we might get some play from the 2nd match.

The Woodbridge Oval in Albir hints to be a high-scoring venue considering the recent most matches played at this ground. The game between Pinatar and Madrid will be the 2nd of the day. Hence, we might see a little bit of slowness in the track for the 2nd match but it won’t be a major issue as this is T10 format.

Ravi Panchal’s effectiveness can vary with his batting position. Ravi is consistent at taking wickets but his ability with the bat makes him unique. Keeping his abilities with the bat and the gloves, Marcus Harvey is known for rolling his arms. He can be a bowling option for Madrid if other bowlers turn out to be expensive. Paul Hennessey isn’t that consistent with both bat and ball. One of the reasons for it is restricting himself from bowling and batting unless the situation demands. 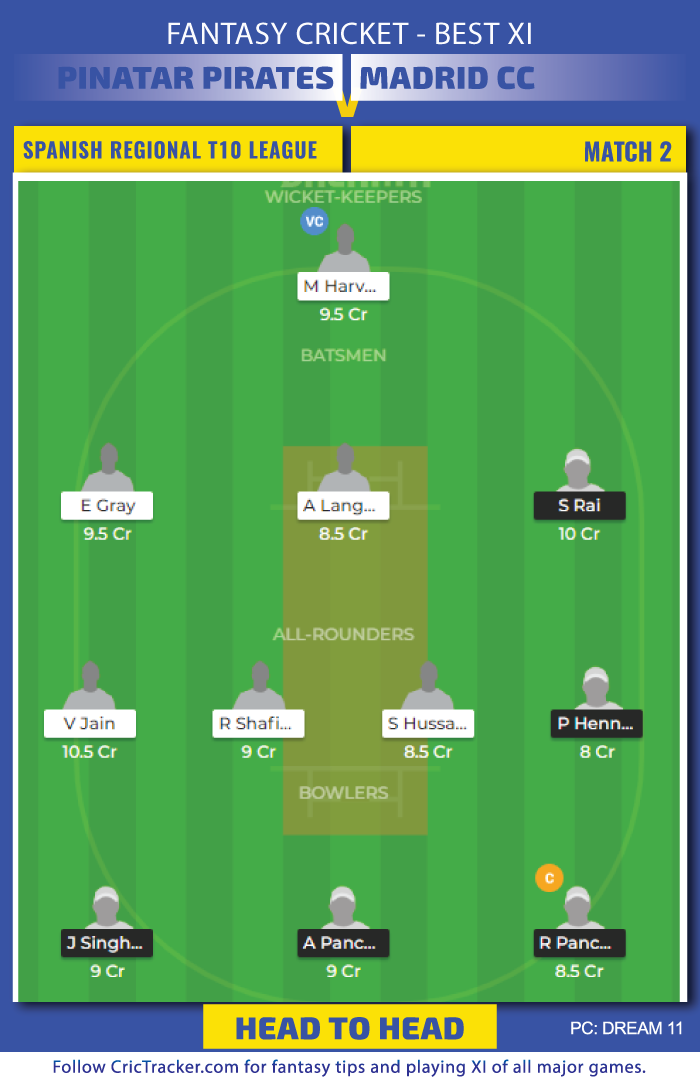 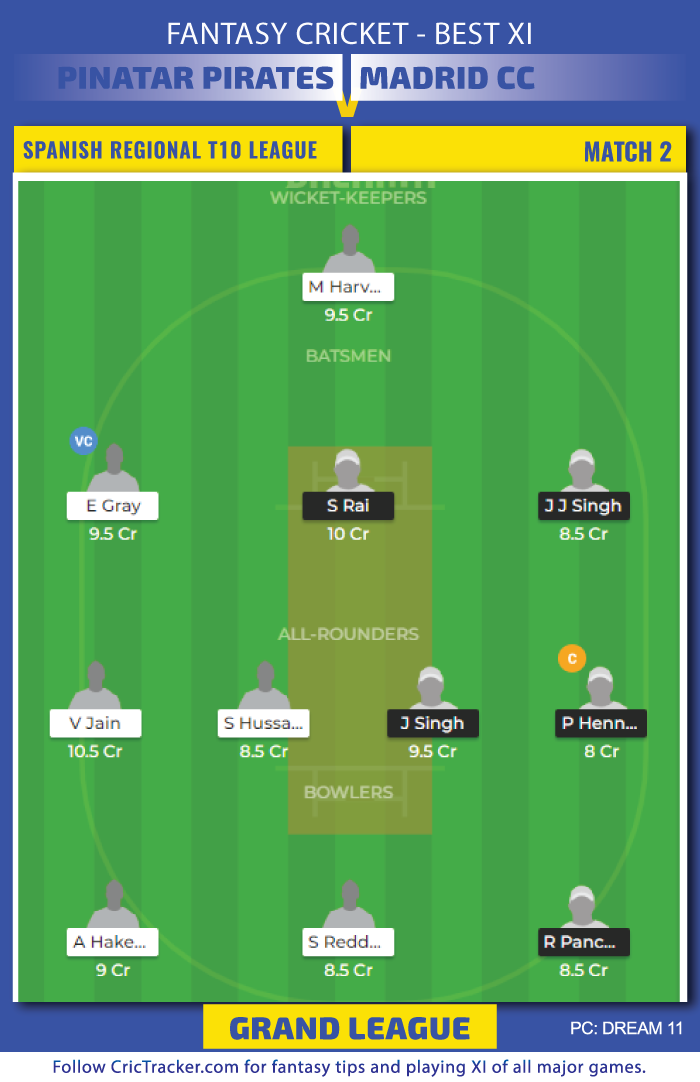 Pinatar Pirates will be playing twice on the opening day if the weather permits. Hence, there is a possibility of the team management looking to adjust the workload of players. In such a scenario, we might not see the same set of players featuring in both matches for the Pirates and the toss update becomes crucial.

The Madrid CC is expected to edge past the Pinatar Pirates in this fixture.