The 3rd game of the Spanish Regional T10 Midweek League 2020 will be played between Madrid CC and Sporting Alfas at the Woodbridge Oval in Albir.

The Madrid CC and Sporting Alfas were expected to be in action on the first day of the Spanish Regional T10 Midweek League 2020. However, their respective matches against Pinatar Pirates were washed out due to the Storm Gloria. The two sides will be clashing off in the first of the two matches on Tuesday. It is unsure if the weather will permit the happening of this match at least. The Sporting Alfas team will be hoping to make a good start in this home tournament when Madrid will be looking to win it and carry the momentum into the 2nd match they play on Tuesday against La Manga.

Chances of showers are forecasted for this match which is scheduled to start at 2:00 PM local time.

The Woodbridge Oval in Albir is going to host its first major assignment on Tuesday. The recent most limited-overs matches here produced a good amount of runs. This gives a hint of what can be expected for the first set of matches in this tournament.

Faran Afzal has impressive numbers with the bat in 2019 season where he amassed 1790 runs in 27 innings at an average of 119.33 with 8 hundreds and 8 fifties. Afzal also claimed 26 wickets in 17 innings during the same period. Marcus Harvey is a complete package as he is known for being a bowling option if all the bowlers turn expensive. He himself is quite consistent with the bat and the bowling can be a bonus. Across all formats in the 2019 season, Jack Perman aggregated nearly 500 runs in 20 innings and picked up 30 wickets in 19 innings. He is slated as a batsman in the Dream11 at only 8 credits. 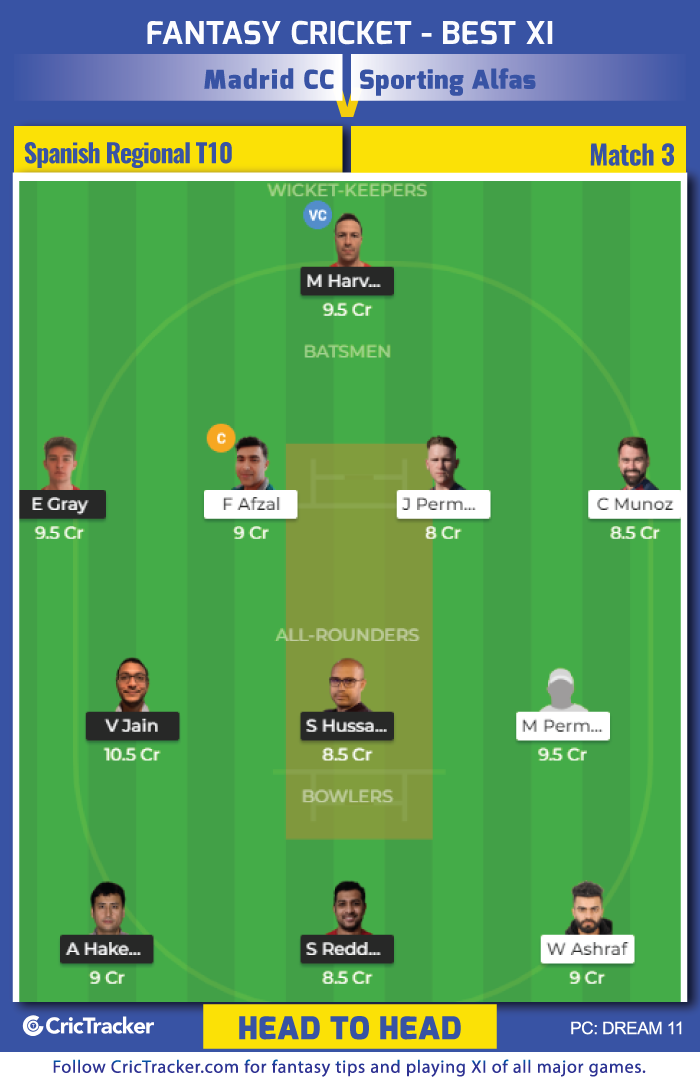 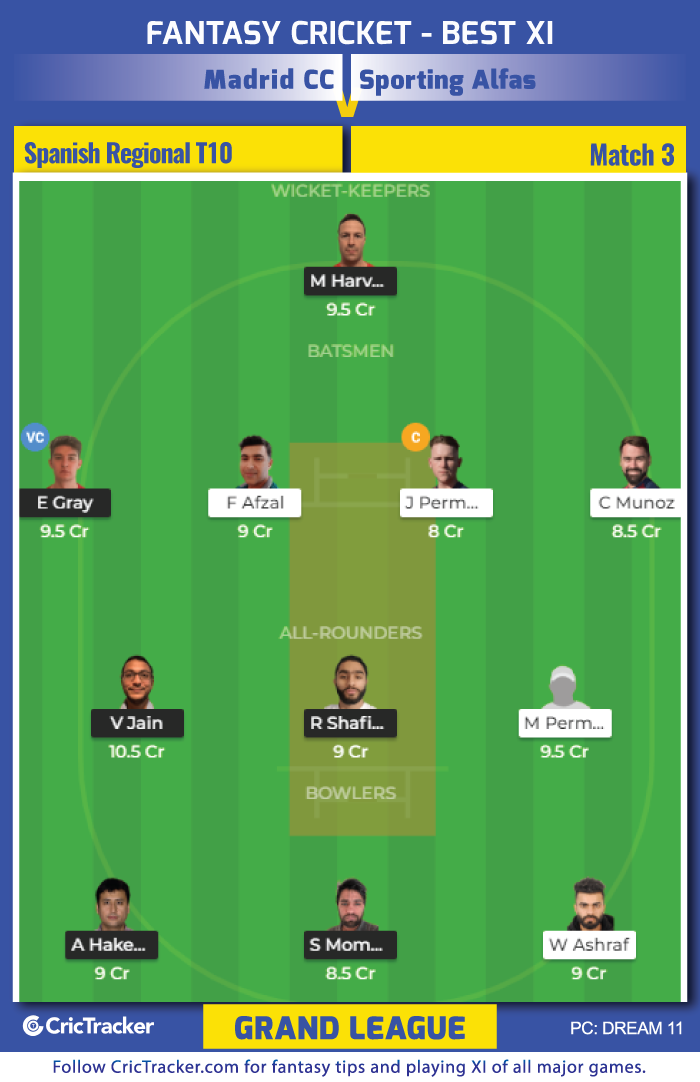 The toss update is crucial for this match as there are a lot of new faces for this tournament who have not either featured in the last year’s ECL and T20Is played by Spain. In case of no toss update, players mentioned in our fantasy line-ups can be picked as most of them are expected to feature in the XI.

The Madrid CC is expected to edge past the home team in this fixture.