Dillon Douglas has been the most consistent performer with both bat and ball throughout this tournament. He is most likely to earn you maximum points and hence should be appointed captain of your Dream11 fantasy team.

The Final of the Vincy Premier League T10 2020 will be played between Salt Pond Breakers and La Soufriere Hikers at the Arnos Vale Sporting Complex, Kingstown, St Vincent.

After 29 exciting matches of the shortest format of the game, we have finally arrived at the end of the second edition’s Vincy Premier League Final. It’s time for the all-important final and two very deserving teams, Salt Pond Breakers and La Soufriere Hikers would be battling out to get their hands on the prized silverware.

It is going to be the action replay of the previous edition’s title clash where these very two teams locked horns to celebrate the return of cricket after the lockdown. Salt pond breakers, the defending champions, would like to make it two in a row but La Soufriere Hikers wouldn’t make it easy for them. It should be an exciting battle between the two sides.

It will be partly cloudy in Kingstown, but the chances of rain are very little. The temperature will be around 29 degrees Celsius.

The pitch has played well throughout the tournament. It has assisted both, the batsmen and the bowlers alike.

Jeremy Layne is the leading wicket-taker of the season with 3 wickets to his name. He has maintained an impressive economy of just 7.66 runs per over.

Dillon Douglas, the all-rounder, has amassed 262 runs at an average of 43.67 and has picked up joint highest wickets with 13 scalps.

Delron Johnson has taken 11 wickets in the tournament at an economy rate of 8.63. He is only behind teammate, Jeremy Layne, and Dillon Douglas. 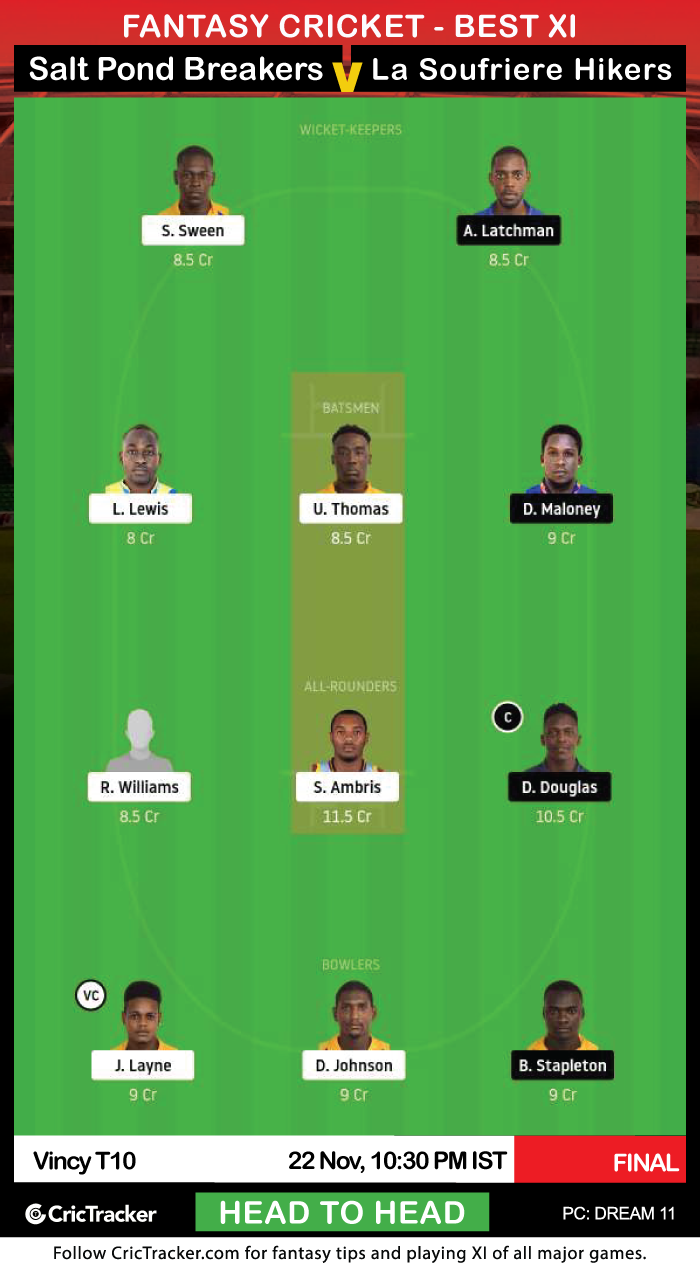 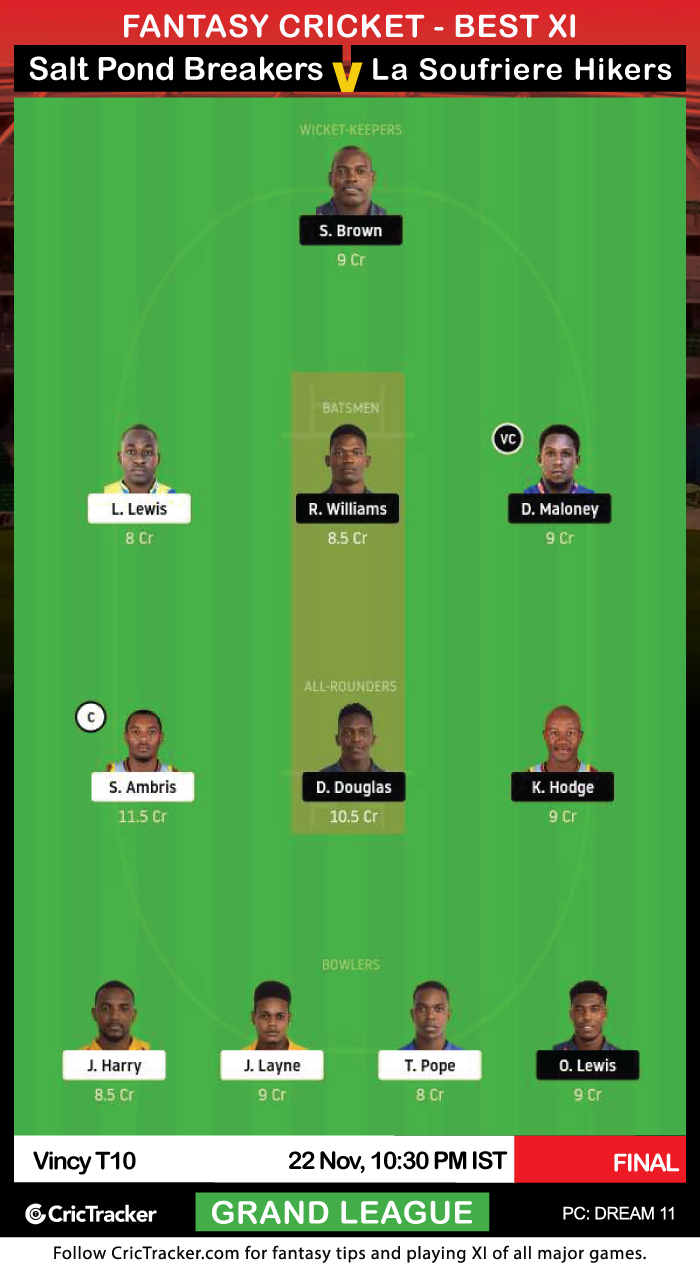 Dillon Douglas has been the most consistent performer with both bat and ball throughout this tournament. He is most likely to earn you maximum points and hence should be appointed captain of your Dream11 fantasy team.