Jonny Bairstow was in magical form in the recently-concluded ODI series against India. 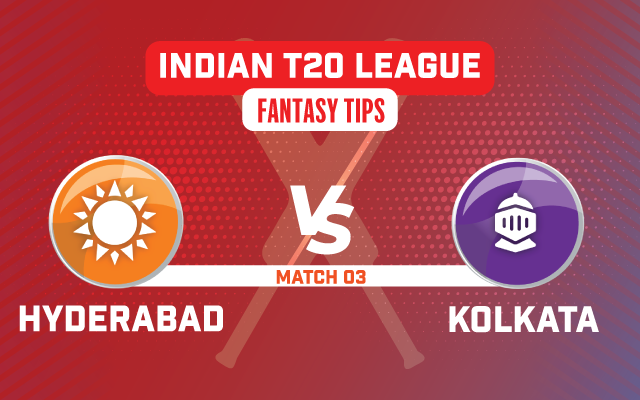 Kolkata Knight Riders haven’t had a good IPL campaign for a couple of years now. In both 2019 and 2020, they failed to make it to the playoffs. But things are expected to be different this time, with the ICC Cricket World Cup-winning captain Eoin Morgan leading the team from the very beginning.

The Knight Riders have made some clever additions to their team, which includes the Bangladeshi all-rounder Shakib Al Hasan. They will start their campaign with a match against Sunrisers Hyderabad, who made the playoffs last season but couldn’t make it to the finals. Hyderabad’s team was already a pretty solid unit, so whatever additions they have made at the auction table are simply to add to their depth, and not replace any first-team player.

As we saw in the inaugural encounter of IPL 2021, the Chennai track is not a completely bowling-friendly surface. It has enough purchase for the batsmen as well, provided they take their time to find their footing on the track.

Also Read: IPL 2021: Team-wise one trustworthy player in the season

Sunrisers Hyderabad’s leading run-scorer of IPL 2020, David Warner has predominantly played 50-over and Test matches recently. But the Aussie dynamo is extremely dangerous in this format of the game and we all are aware of his capabilities. In his last 5 IPL games, he scored 60+ runs on two occasions.

Shubman Gill also, just like Warner, hasn’t played T20 cricket lately, but he was Kolkata Knight Riders’ leading run-scorer in the previous edition. He scored 25+ runs in all of his last 3 IPL games.

Andre Russell has recovered from all the niggles he had and is looking as agile as ever before. His last T20 outing was in the Lanka Premier League, where he donned the Colombo Kings jersey. In his last 5 games, he has picked up 5 wickets and has also scored 70+ runs.

Shakib Al Hasan’s inclusion gives KKR a great balance, since he can be used anywhere in the batting order and he is also a bowling option for the powerplays. He played well for Gemcon Khulna in the Bangabandhu Cup 2020.

The MA Chidambaram track didn’t turn as much as many expected it to in the first game of IPL 2021, but the pitch doesn’t matter in the case of Rashid Khan. The Afghan spin sensation can get the ball to turn on any given condition. He has picked up 6 wickets in his last 3 T20 games.

Pat Cummins had his struggles in the last season, but he still finished as KKR’s second-highest wicket-taker. He picked up 6 wickets in his last 2 games, which included a 4-fer against Rajasthan Royals.

Jonny Bairstow was in magical form in the recently concluded ODI series against India. He wasn’t as effective in the T20I games, but scored nearly 350 runs in the last edition of this competition.

SRH vs KKR Must Picks for Dream11 Fantasy Cricket:

Nitish Rana’s recent form in T20 cricket is impressive. He has scored 25+ runs in 3 of his last 4 T20 games, which includes 2 half-centuries. He can be a differential pick for captaincy.

Manish Pandey’s current T20 form is not something to be proud of, but he was Sunrisers Hyderabad’s second-highest run-scorer in the last season. He scored 400+ runs at a strike rate of over 125 and can be a risky captaincy pick.

Dinesh Karthik has looked shaky in his last few games. In his last 5 games, all of which were List A games, he scored 30+ runs on only one occasion. He will also bat lower down the order and might not get too many deliveries to leave a mark. He can be avoided while selecting your Dream11 Fantasy team.