An interesting battle awaits between MI and KXIP which features Rahul, Mayank, Rohit and Gayle. 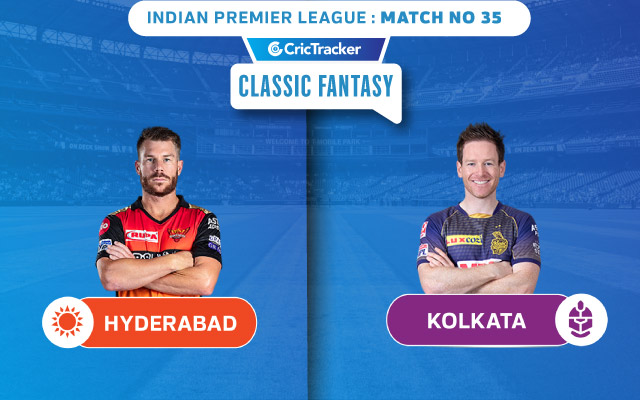 A couple of important matches are lined-up for Sunday’s doubleheader in the 2020 Indian Premier League (IPL). The afternoon game will be between KKR and SRH while the MI team faces KXIP later in the night. KXIP, SRH and KKR are desperate for a win while MI are comfortably placed at No.2 have started to manage their workload. The game against MI is expected to be a do-or-die clash for Mumbai as the Punjab team lost as many as six games thus far.

Schedule logistics around SRH vs KKR & MI vs KXIP

SRH, KKR, MI and KXIP will be part of the doubleheader to be played on Sunday. MI doesn’t play until Friday so not more than two transfers can be used on picking their players for matchday 29. RCB doesn’t play on the next two days while KXIP plays again on Tuesday. So having two KXIP batters for the next couple of matchdays will be a good idea.

The Rashid factor for SRH vs KKR

Rashid Khan could well run through the KKR line-up if one of the two openers doesn’t last long. Dinesh Karthik has struggled while facing Rashid so does Andre Russell. The likes of Nitish Rana and Eoin Morgan aren’t better at tackling quality leg-spin and could well fall in the trap of the Afghanistan spinner.

Which batters will work in MI vs KXIP?

Rohit Sharma hasn’t been able to convert his since his 70-run knock against KXIP. If MI bats first, a big knock from Rohit could be on cards if the track at Dubai plays as it did during the Saturday’s game. Mayank Agarwal could be a risky choice for this game as he will face Jasprit Bumrah. Only KL Rahul has got a good record among the KXIP batters against Bumrah.

KL Rahul has a great record against MI which makes him a direct choice as captain. Even David Warner has performed well against KKR which is why we picked him as vice-captain despite his recent struggles. 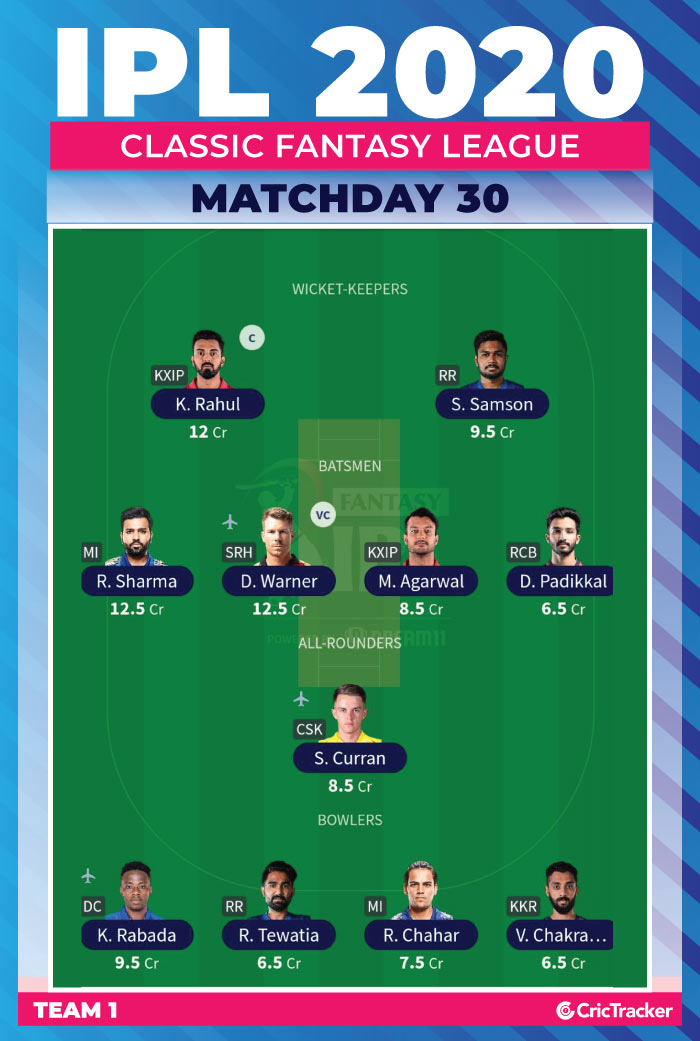 Nicholas Pooran could be a differential pick as he performed well against MI in the previous fixture. Rohit could well have a good game with the bat if he can survive the leg-spinners. Rashid Khan is made vice-captain due to the possibility of his success against KKR batters. 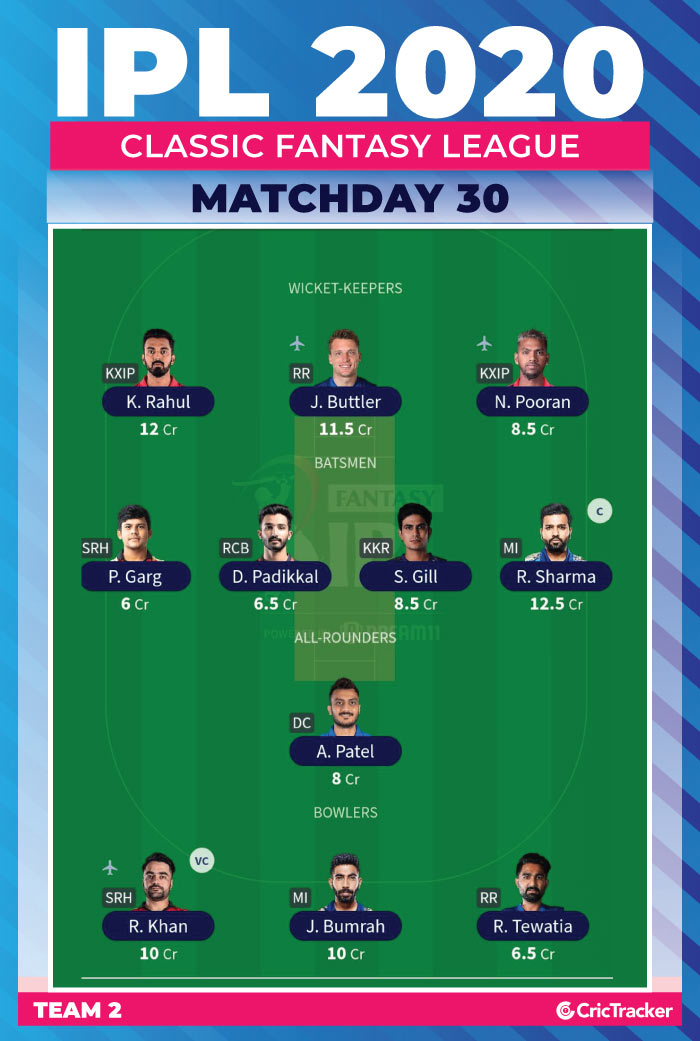