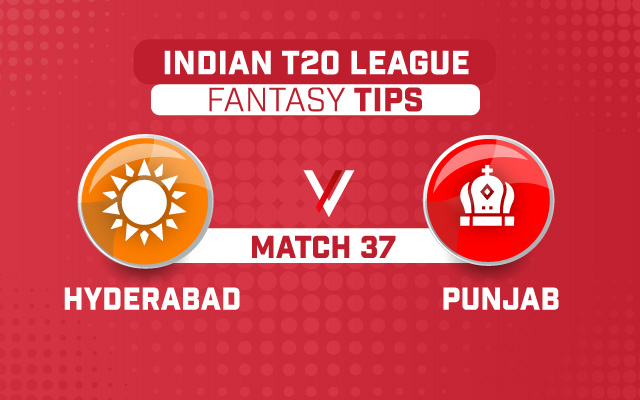 Sunrisers Hyderabad will take on Punjab Kings in the 37th match of the IPL 2021. Hyderabad’s lean patch continued in the second leg as well as they were thoroughly thrashed by Delhi Capitals by 8 wickets on Wednesday. The Men in Orange are now effectively out of the playoffs race, but mathematics is providing them with a slim hope. With a solitary win, they are still sitting at the bottom of the table with only 2 points in their bank.

Punjab Kings, on the other hand, should blame themselves and only themselves for their loss against Rajasthan Royals, as they choked once again in the run-chase. It has now become a habit for them, and they need to address their middle-order batting issues soon, as they mainly rely on their openers Lokesh Rahul and Mayank Agarwal. It will be interesting who will come out on top between the bottom-placed sides.

It’s a batter’s paradise, and there is no room for error for the bowlers in this small venue. Even the mistimed shots can go over the fence. The surface doesn’t change much throughout the course of the match, and whoever wins the toss should bowl first.

A big knock is expected from the willow of Kane Williamson in this match against Punjab Kings. The Sunrisers skipper has managed to score 146 runs in 5 matches so far in this competition at an average of 73.

Mayank Agarwal has been sensational for Punjab Kings in this IPL. He extended his sublime run of form into the second leg as well. He scored 67 runs from 43 deliveries in the last match against Rajasthan Royals and took his total tally of runs to 327, at an average of 46.71.

Jason Holder has played only 2 matches in this IPL. He is yet to deliver big with the bat, as he managed to score only 14 runs, but with the ball, he has scalped 3 wickets at an economy of 8.04.

There is no doubt that Fabian Allen is an excellent fielder, as he has taken some mind-blowing catches in recent times. However, Punjab fans will be hoping to see more of his big-hitting abilities.

Rashid Khan will be the key for Sunrisers on this completely batting-friendly surface. It is not easy to pick him, irrespective of whichever ground he might be bowling. He is the leading wicket-taker for Sunrisers Hyderabad in this competition and has maintained an excellent economy of 6.18 also. He has 39 runs to his name with the bat as well.

We saw a different version of Arshdeep Singh in the last match against Rajasthan Royals, where he picked up his maiden 5-wicket haul in the IPL. He has scalped the most wickets for Punjab Kings in this edition.

You simply can’t miss Lokesh Rahul while making your fantasy teams. The Punjab Kings skipper has mustered 380 runs in 8 matches so far in this IPL at an average of 63.33, which comprises of 4 half-centuries.

SRH vs PBKS Must Picks for Dream11 Fantasy Cricket:

Manish Pandey is unpredictable at times. On his given day, he can take the opposition bowling unit to the cleaners. So far in this IPL, he has scored 210 runs at an average of 42. Pandey is a risky captaincy pick for your fantasy teams.

In his first match for Punjab Kings, Aiden Markram looked good against Rajasthan Royals, where he scored 26* runs from 20 balls. You can take a risk and pick him as your fantasy team skipper.

Kedar Jadhav had yet another poor outing in the last match. It is advisable not to include him in your fantasy teams.