Can we exclude AB de Villiers and Virat Kohli from the fantasy team?

A dramatic game in Dubai saw Delhi Capitals and Kings XI Punjab kick off their respective campaigns in the IPL 2020. It was Marcus Stoinis and Mayank Agarwal who owned fantasy cricket especially with their efforts in the last four overs. KL Rahul might not have scored as everyone anticipated but his value was covered through run-outs and a catch. Monday will be the turn of Sunrisers Hyderabad and Royal Challengers Bangalore who will clash off at the Dubai International Sports City ground.

David Warner and Jonny Bairstow were the stars with the bat during the last IPL season. Going through their numbers, we can say neither of them could be troubled against spin. However, Warner has issues against the hard new ball, especially when bowled by pacers at 140+ KMPH. At the same time, a bit of swing early on, Bairstow could be seen walking back. Hence, it is advisable only one of them to be picked and him to be made captain.

Unless if you have only one of KL Rahul and Hardik Pandya in the fantasy team, both the SRH openers might not be fitted due to cost issues. AB de Villiers and Virat Kohli aren’t preferred in our fantasy due to their recent struggles against spinners. Both Rashid Khan and Mohammad Nabi are potential threats for the RCB stalwarts. The Afghanistan spinners are quite experienced in playing in UAE conditions.

The DC vs KXIP game played in Dubai on Sunday witnessed a seaming track with a good amount of grass left over. If the same track is used for SRH vs DC, we might expect powerplay belonging to the pace bowlers. Someone like Umesh Yadav and Bhuvneshwar Kumar might enjoy the conditions and chip in a couple of wickets. Chris Morris can also be picked in the fantasy team due to the addition of his batting ability to his value in fantasy cricket.

Safe team for SRH vs RCB:

Devdutt Padikkal is safe option among RCB batsmen for this game considering his low price and his attacking game against spinners. David Warner is made captain as he recorded nine 50+ scores in his last ten IPL innings against RCB. 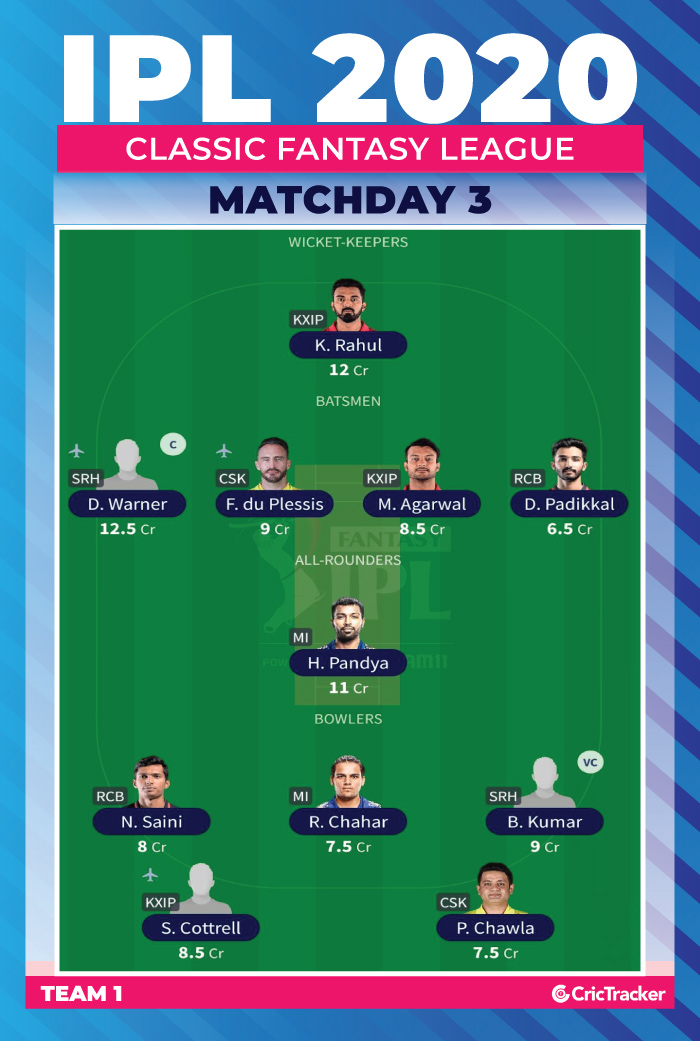 Risky team for SRH vs RCB:

Jonny Bairstow is fresh off a hundred in tricky conditions against a full strength Aussie attack. He could continue that form against the RCB team and hence is made captain of our team. 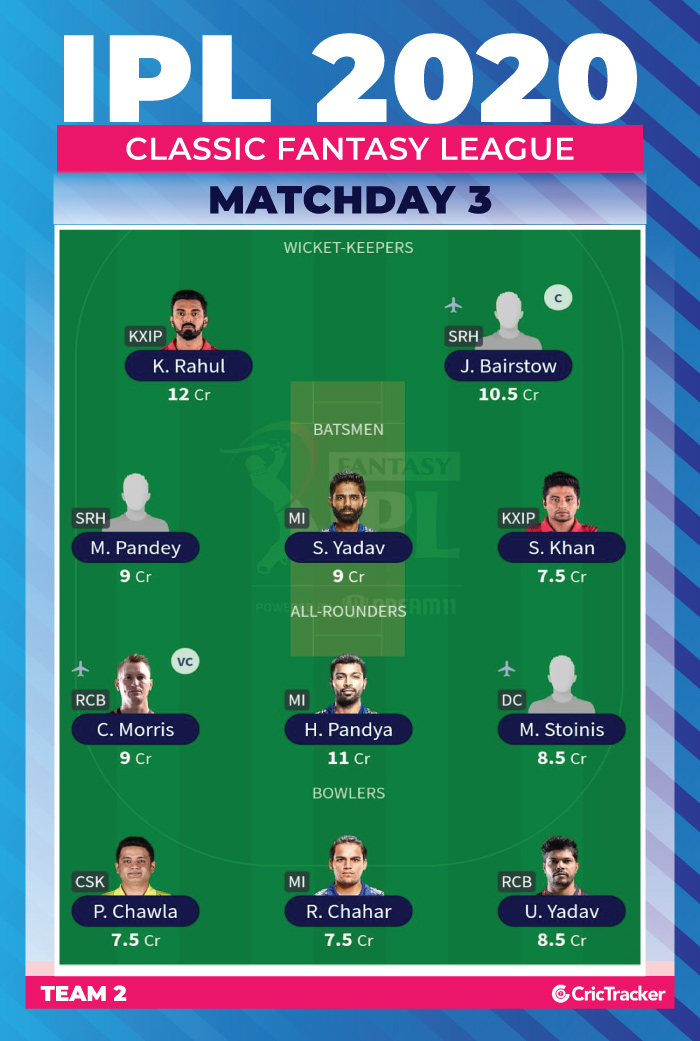