Kamindu Mendis bats at No.3 and bowls a decent number of overs for the hosts.

The 3rd and final game of the 3-match Unofficial ODI series between Sri Lanka A and Bangladesh A will be played at the R Premadasa Stadium in Colombo.

Bangladesh A managed to sneak in a 1-wicket win on Thursday to level the 3-match unofficial ODI series against Sri Lanka A. The expectations for the visitors were as high as completing a clean sweep. However, they started the series with a huge defeat as they were bundled out for just 116. The home side chased down the target in 25.5 overs for the loss of only three wickets.

In the 2nd game, the Sri Lanka A were cruising towards 270+ total as a strong 4th wicket partnership put them at 158/3 in 34th over. Some tight bowling towards the end by Bangladesh A saw the hosts limited to just 226/9. Contributions from the top-order saw the visitors placed at 178/3 by 40th over. Some late strikes from the Sri Lankans spiced the game which ended on the last ball after Bangladesh A were 9 down.

The weather forecast doesn’t look ideal in getting a full 50-over game on Saturday. There will be scattered thunderstorms with rain throughout the game.

The RPS Colombo once again saw some initial movement for the pacers like in recent most One-Day games. The spinners get help as the game progresses here. The ideal conditions for the batsmen are seen during 15-35 overs.

Chamika Karunaratne has performed well with the ball for Sri Lanka A and Emerging sides. He picked up two wickets each in the first two matches of this series. Mohammad Naim showed why he has a good record in List A cricket during 2nd ODI. He top-scored with 68 in the game which is his 14th fifty-plus score in 34 List A innings.

Kamindu Mendis bats at No.3 and bowls a decent number of overs for the hosts. 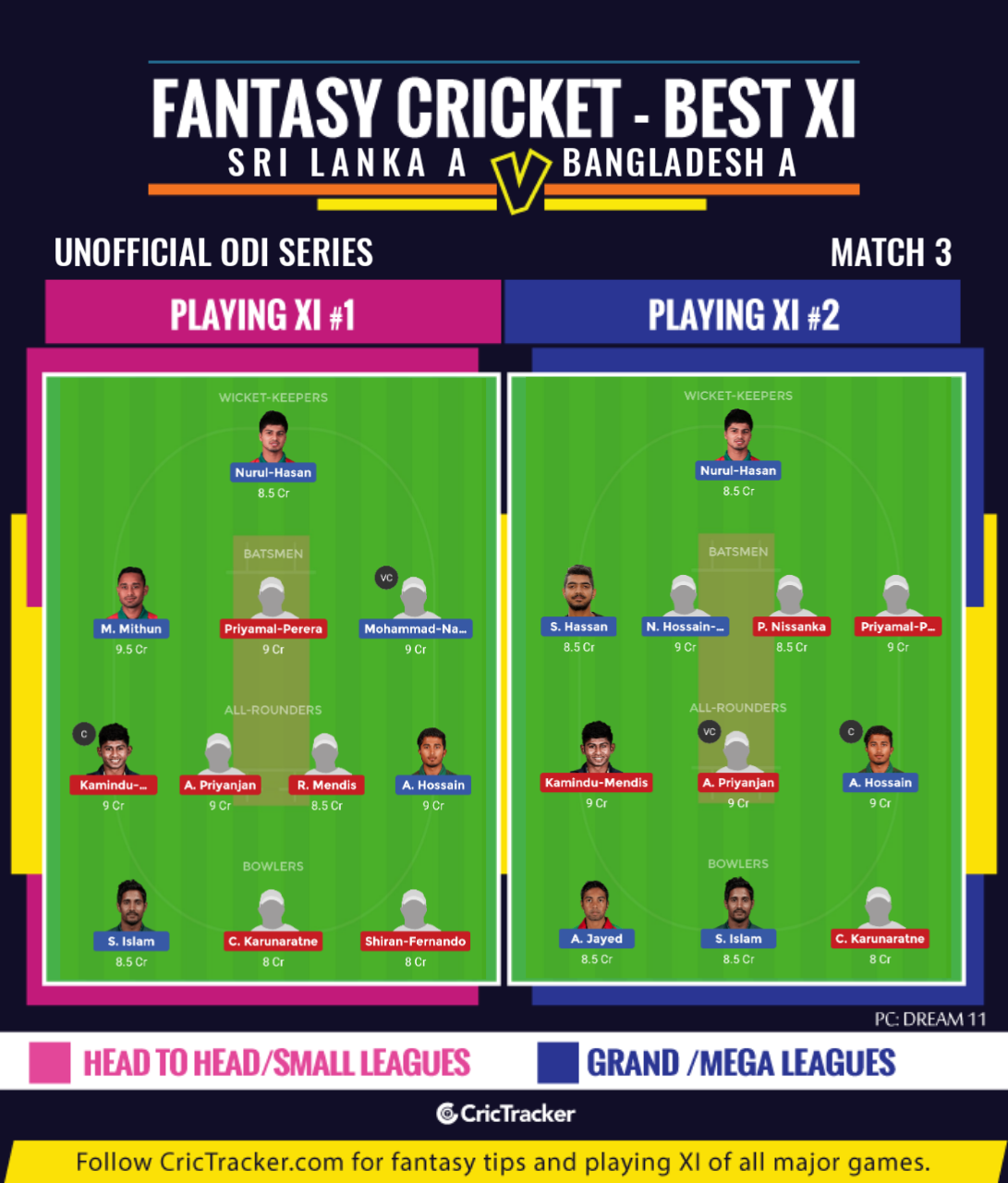 Bangladesh A could have given chances to all the players in the squad had they performed as per their expectations. With a series win at stake, both teams are not going to make major changes to their playing XIs of the previous match.

Bangladesh A side are expected to win the series with yet another win.