Kusal Perera has been ruled out of the series due to a shoulder injury.

India and Sri Lanka are set to lock horns in the first of the three ODIs on Sunday, July 18 in Colombo. Both teams don’t have their full-strength squads due to various reasons.

With quite a few uncapped players in their 20-member squad, it will be interesting to see how the Men in Blue do on Lankan soil. The hosts, on the other hand, had a terrible time in England, losing both the ODI and T20I series.

Moreover, turmoil with the SLC hasn’t helped their cause. To add insult to injury, Kusal Perera, their skipper, and their fulcrum at the top-order, has been ruled out of the series due to shoulder injury.

The pitch at the RPS in Colombo has been fairly good for batting in the last decade or so. The ball might swing around under the lights, but batting isn’t expected to be all that tough.

The spinners might come into play as well as the game progresses. There are chances of rain at 6 AM, 10 AM and 2 PM. Hence, there could be a short delay. The clouds will be hovering over the venue for the entire day.

Shikhar Dhawan has been a fulcrum of India’s batting in the top-order. He is also 23 runs short of accomplishing 6,000 runs in ODI cricket. Dhawan’s numbers against Sri Lanka in the 50-over format are also stupendous. In 16 games, the left-hander has hammered 983 runs at an average of 70.21 with four centuries and a top score of an unbeaten 132 to show for his efforts.

Bhuvneshwar Kumar has been a genuine wicket-taker for India in the limited-overs formats, though he hasn’t found his feet in Test cricket. Against the Lankans, Kumar has been impressive, picking up 17 wickets from 13 matches. The only time he played at the RPS in Colombo in 2017, the speedster picked up a five-wicket haul. He’s again expected to deliver in the upcoming game. 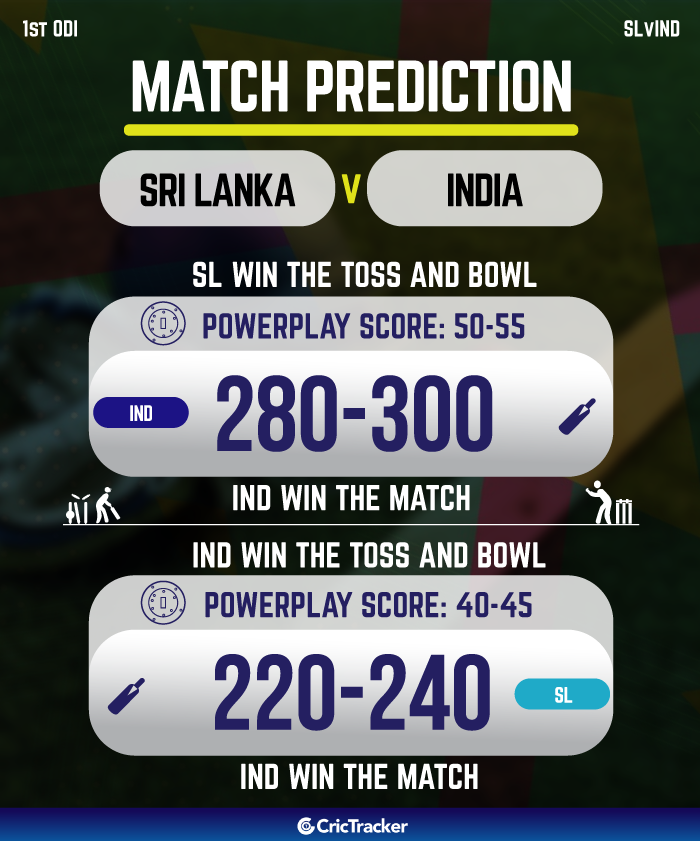