Tammy Beaumont has been brilliant on this tour.

England Women are absolutely decimating Sri Lanka Women on this tour. Already having clean swept the hosts in the ODI series, the visitors made a terrific start in the T20I series as well. Sri Lanka was bowled out for just 94 runs in the first game of the three-match series and England had no troubles in chasing this target down.

They took just 14.2 overs to get over the line and won the match by 8 wickets. Both these team will battle it out yet again at the same venue on Tuesday. The Brits are clearly the favourites heading into this game and will look the seal the series. Sri Lanka needs to pull off something extraordinary if they are to make a comeback but that seems highly unlikely.

The 2nd game of the 3-match T20I series between Sri Lanka Women and England Women will be hosted by the Colts Cricket Club Ground in Colombo.

There is no live streaming or broadcast for this game.

The Colts Cricket Club isn’t a high-scoring venue and the toss doesn’t have a huge say here.

Katherine Brunt had a back niggle and didn’t play since the 1st ODI. 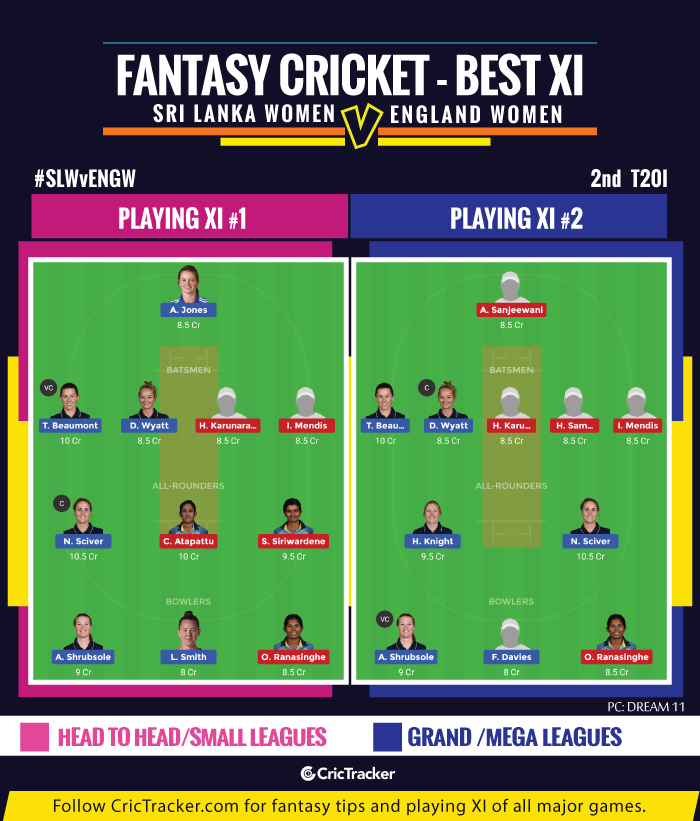 In the all-rounder’s category:

England women are expected to win the match and bag the series.