With rain expected on 4 days, draw seems the likeliest outcome. 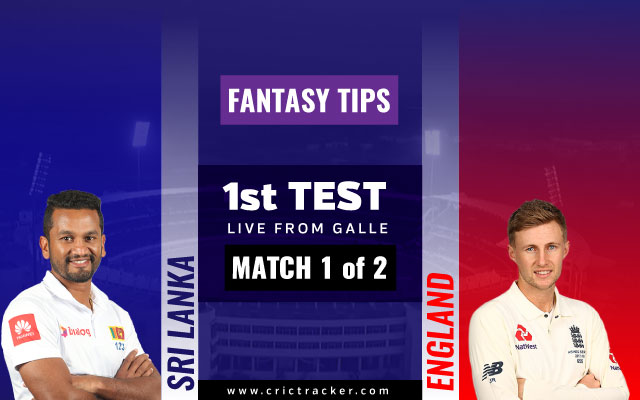 The 1st Test of 2-match Test series between Sri Lanka and England will be played at the Galle International Stadium in Galle.

The match is scheduled to start at 10:00 AM local time and IST. The match can be watched on Sony Sports Network and will be streamed on Sony Liv.

As it is coming to its conclusion, the race for the finals of 2019-21 ICC World Test Championship is hotting up. England are placed fourth currently, but they will have a great chance of climbing up the ladder if they can register wins in their series against Sri Lanka.

The Lankans are not in a good run of form, as they lost both of their Tests in South Africa. However, they will be boosted by the addition of some big names, who are returning from injuries. On the other hand, many big names for the England side are missing because of various reasons. Hence, this match is going to be an evenly balanced affair.

While the first day of the Test will be bright and sunny, there are predictions of rain for all of the next four days. In that case, a draw might be the most plausible result.

The pitch will help the batsmen initially, but bowlers will get into the act after the first few days. Spinners are likely to be more successful than the pacers.

Moeen Ali is unavailable for this game as he tested positive for COVID-19. Chris Woakes is unlikely to feature as he came in close contact with Ali and had to quarantine, hence reducing his match practice.

Angelo Mathews, Dinesh Chandimal and Suranga Lakmal have all recovered from their injuries and are available for selection.

In the last Test series against Pakistan, Jos Buttler proved why his brilliance is not only restricted to T20Is and ODIs. He scored 265 runs in that series.

James Anderson was brilliant with the ball in that specific series, as he picked up 11 wickets from 3 games. He can be a good captaincy or vice-captaincy pick from the bowlers.

Joe Root might have had a poor series against Pakistan, but his career numbers prove why is a safe bet for captaincy. He is less than 200 runs shy from scoring 8000 runs in Test cricket.

Sam Curran has only played 19 Tests, but he has already established himself as one of England’s most important players. He has scored 700+ runs and picked up 41 wickets in Test cricket.

Wanindu Hasaranga was impressive against the Proteas, as he scored 122 runs and also picked up 4 wickets. His all-round skills can earn you a lot of points.

Suggested Playing XI No.1 for SRI vs ENG for 11Wickets Fantasy Cricket: 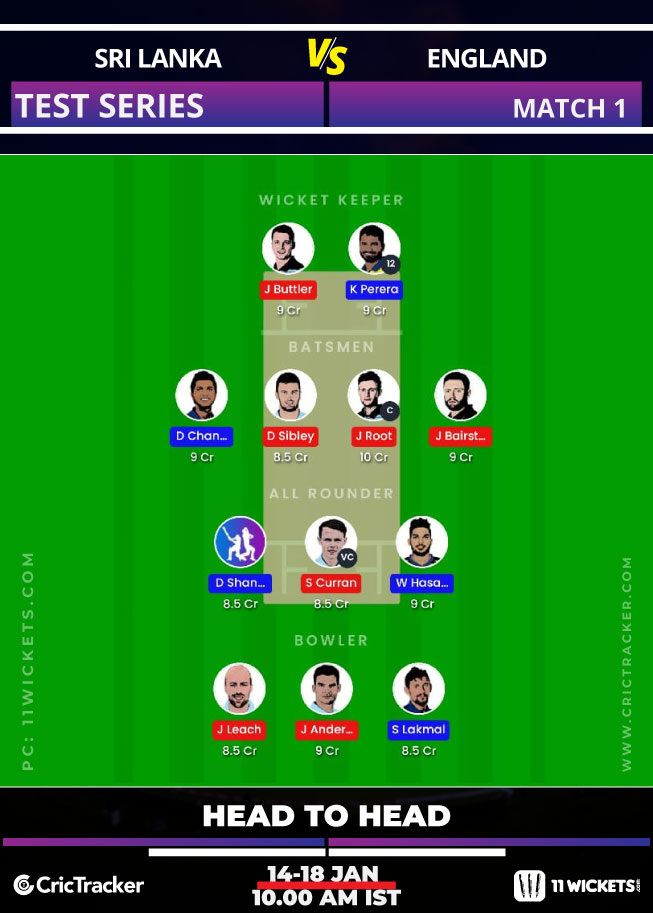 Suggested Playing XI No.2 for SRI vs ENG for 11Wickets Fantasy Cricket: 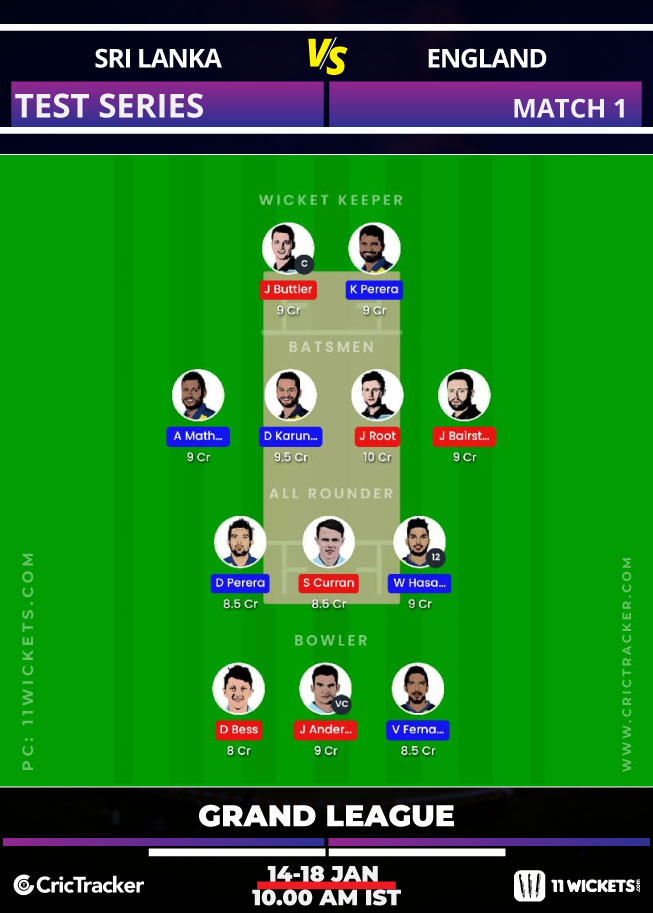 Off-spinner Dom Bess has picked up 19 wickets in just 10 Test matches. With the pitch at Galle likely to help spinners, Bess can be a great budget pick at 8 Cr.

A draw is expected in this match.