Like the first Test, England are expected to have it easy in the second. 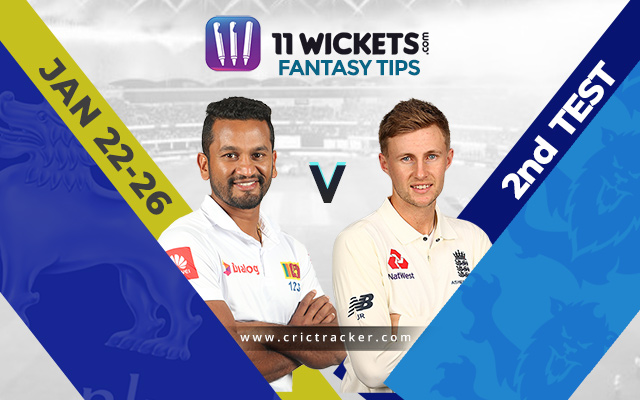 The 2nd match of the Test Series between Sri Lanka and England will be played at the Galle International Stadium, Galle.

This match will start at 10:00 AM IST and local time (4:30 AM GMT). This match can be watched on Sony Sport’s Network and will be live-streamed on Sony Liv.

After a horrendous time in the rainbow nation, it was thought that the lions of Sri Lanka will find their roar back in their den. However, the Three Lions proved the significant gulf in class between the two sides in the first Test. Despite playing away from home and a long list of absentees, Joe Root’s men registered a comfortable victory.

They bowled Sri Lanka out for just 135 in the first innings and posted a mammoth 421 in response. While the Lankan batsmen did a commendable job in the second innings to avoid an innings defeat, it was only a mere consolation as an English win was imminent by then.

It will be cloudy for all five days of the Test match, but there are no significant chances of rain. The temperature will be around 29 °C.

The pitch Galle International Stadium will be inclined towards the batsmen. As for the bowlers, the onus will be on spinners as they are likely to excel here.

Sri Lanka have dropped Kusal Mendis for the second Test while Dimuth Karunaratne has been ruled out. Roshen Silva will replace Mendis in the line-up.

They have also released Lahiru Kumara, Minod Bhanuka, and Nuwan Pradeep from bio-bubble.

England have released their playing XI.

When and Where to Watch India vs England, Live Streaming, Match Preview, Timings, and Pitch Report for 4th Test

Lahiru Thirimanne batted well in the second innings of the first Test. His 11 helped Sri Lanka avoid an innings defeat.

Angelo Mathews is another Sri Lankan batsman who looked in good touch in the second innings. The experienced campaigner scored 71 runs.

Joe Root proved why he still is one of the best batsmen from the current era, as he smashed 228 runs in the first Test.

Dom Bess rattled the Sri Lankan batting lineup in the first Test. He picked up 5 wickets in the first innings and added 3 more to his tally in the second. 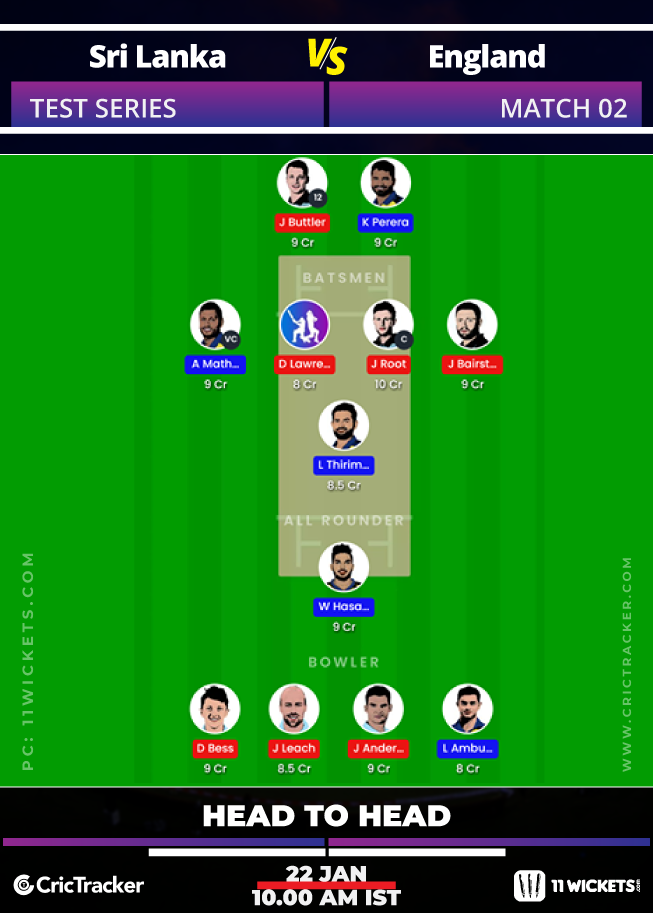 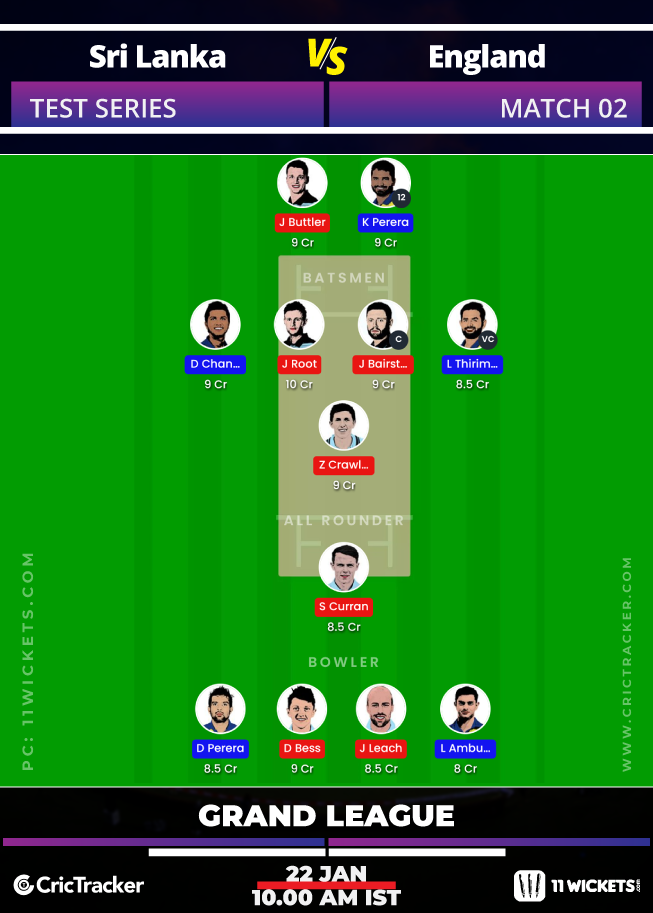 Since the pitch is expected to favour the batsmen, you can pick five batsmen in both of your 11Wickets Fantasy teams.