Dimuth Karunaratne is a good captaincy pick for this match.

Sri Lanka dismantled the West Indies in the 1st Test match between the two sides at Galle. The hosts beat their opposition by a margin of 187 runs to draw first blood in the two-match Test series.

Now, the West Indies will have to ensure that they post a win in the second Test if they want to draw the series. On the other hand, Sri Lanka will be looking to win the 2nd Test and whitewash the West Indies on home soil.

As was evident in the 1st Test, the spinners will play a major role in this Test match. The batters will have to be extremely patient against spin if they want to score runs on this track.

Dimuth Karunaratne played a vital role for Sri Lanka with the bat in hand in the 1st Test. While he scored a superb 147 in the first innings, he followed that up with a handy 83 in the second.

Lasith Embuldeniya scalped a five-wicket haul in the second innings against the West Indies and made the opposition batsmen appear clueless. He picked up a total of 6 wickets in the 1st Test.

Nkrumah Bonner scored a patient 68* off 220 deliveries for the West Indies against Sri Lanka in the 1st Test. 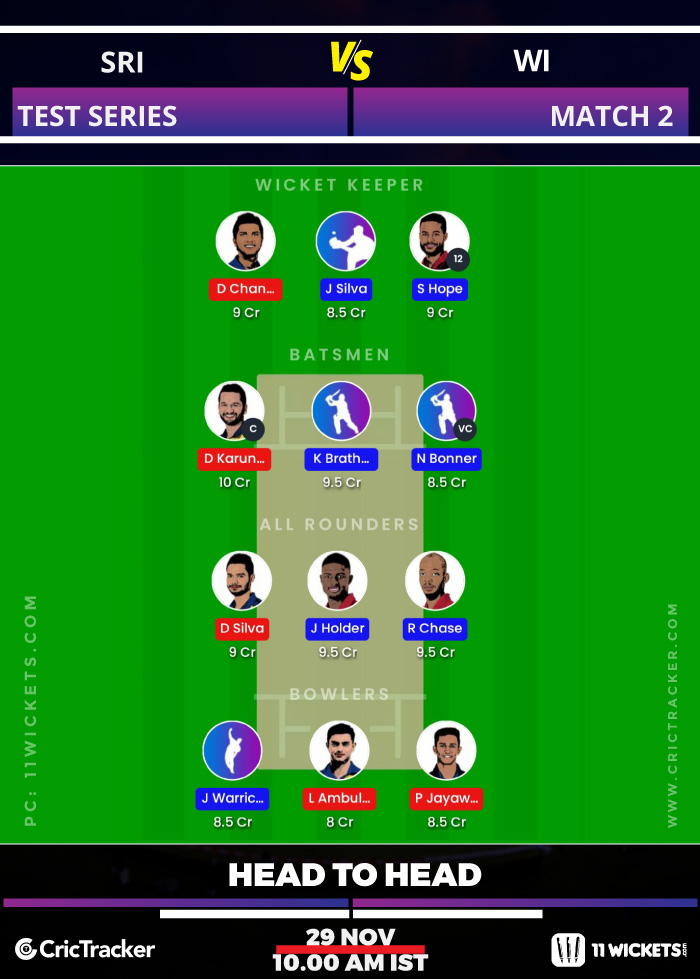 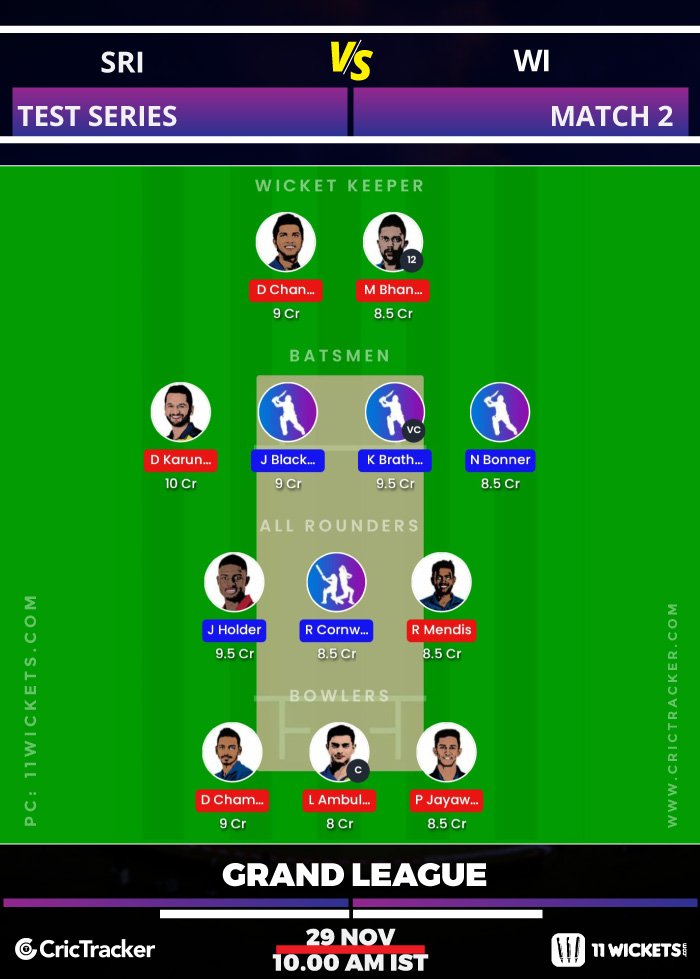