Jervin Gian Benjamin is a good captaincy pick for this match.

The surface at Windsor Park is suitable for batsmen and provides minimal support for bowlers. It becomes more difficult to bat on the surface as the game proceeds. In the last five encounters at this site, the average first innings score has been 95 runs.

Jervin Gian Benjamin continues to play throughout the series. This enables him to sustain his on-field performance, which is bolstered by his contributions behind the plate.

Cheston Dangleben With a strike rate of 237.50 and 19 runs scored and 1 wicket taken in his previous encounter, he could continue to improve his form in this match.

Joel Mingo He has 20 runs scored at a strike rate of 166.67, and he has good batting skills. He also has the ability to bowl. He is an excellent player in every way. 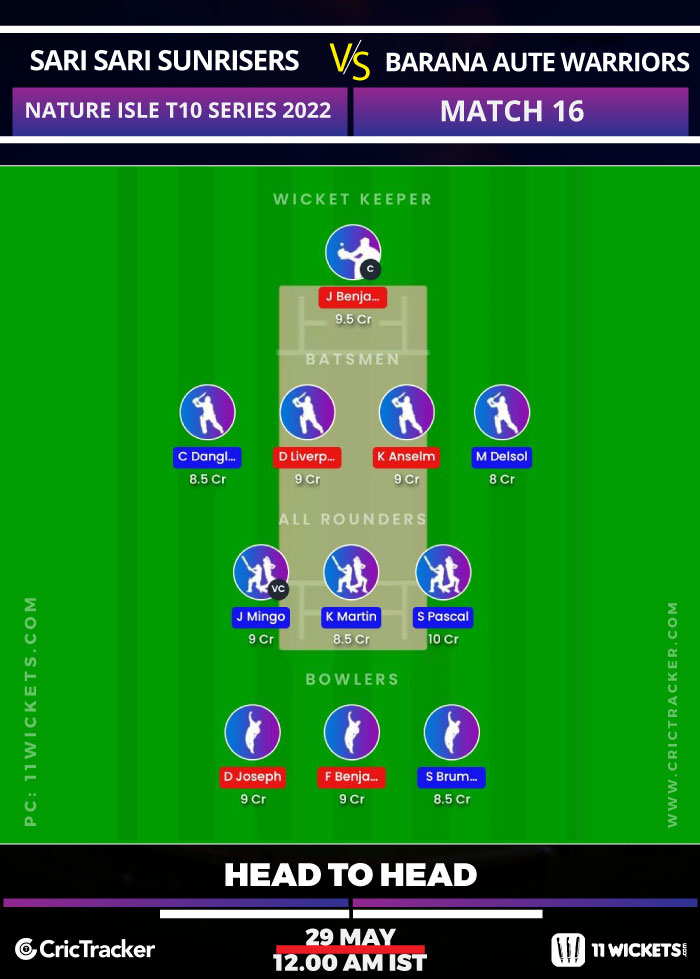 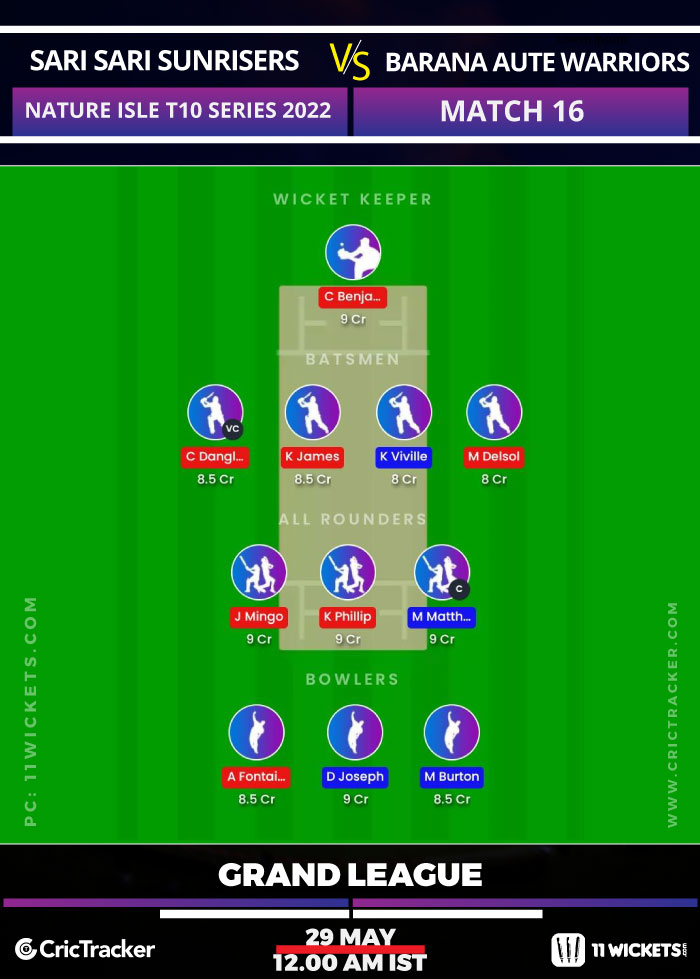