Going for all-rounders as multipliers in mega/grand leagues can give you an edge over others. Try picking more players from Lions squad.

The final match of the St. Lucia T10 Blast will be played between South Castries Lions and Mon Repos Stars at Daren Sammy National Cricket Stadium in St Lucia.

After breaking the Gros Islet Cannon Blasters’ 7-match unbeaten streak in the semifinals, Mon Repos Stars would be keen to continue their winning momentum and seize the St. Lucia T10 Blast championship with a victory over South Castries Lions. On the other side, the Daren Sammy-led outfit will look to replicate their performance from the semifinal match against Central Castries Mindoo Heritage and register another lopsided win in the grand finale. The Lions will start as the favorites to win this match.

The skies will stay cloudy throughout the game. With the temperature set to be in the high 20s and low 30s, it should be perfect weather for the grand finale.

Both the teams managed to post 100+ runs on the board in their respective semifinal matches at this venue. The players will be under pressure because of the high stakes. The team winning the toss would look to bat first and score post a solid total.

Kevin Augustin looked in sublime touch for the Mon Repos Stars in the semifinals. The all-rounder slammed three fours and eight sixes in his knock of 65*(28). Since he is also one of the lead bowlers of the team, Augustin will be the prime pick for captaincy tonight. Another player to watch out for from the Mon Repos Stars is Rohan Lesmond, who hit three sixes in his nine-ball inning during the semifinal.

The South Castries Lions have many match-winners in their team. The opening duo of Johnson Charles and Alex Antoine destroyed the Heritage bowling attack in the semifinal with their partnership of 122 runs. Antoine even picked up three wickets in the second innings of the game. He can be the ‘X-factor’ player of the night, whereas Tarrick Edward, who scalped four wickets in the last match, will be the wildcard pick for captaincy. 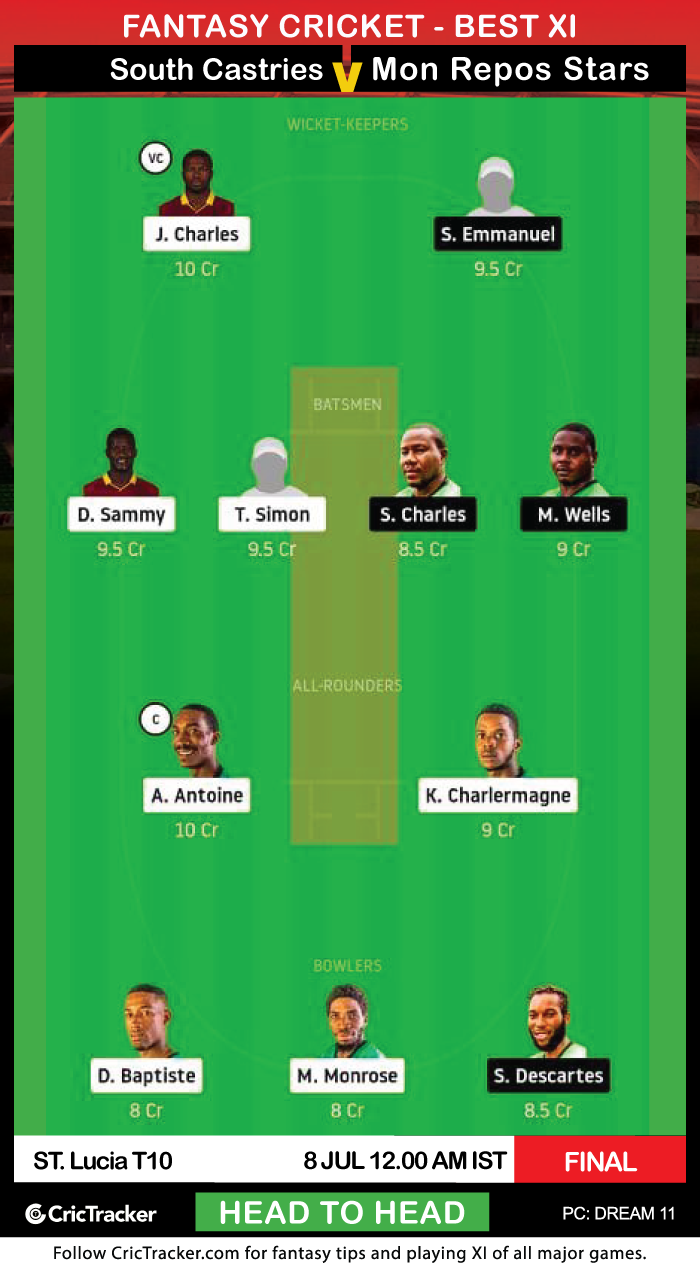 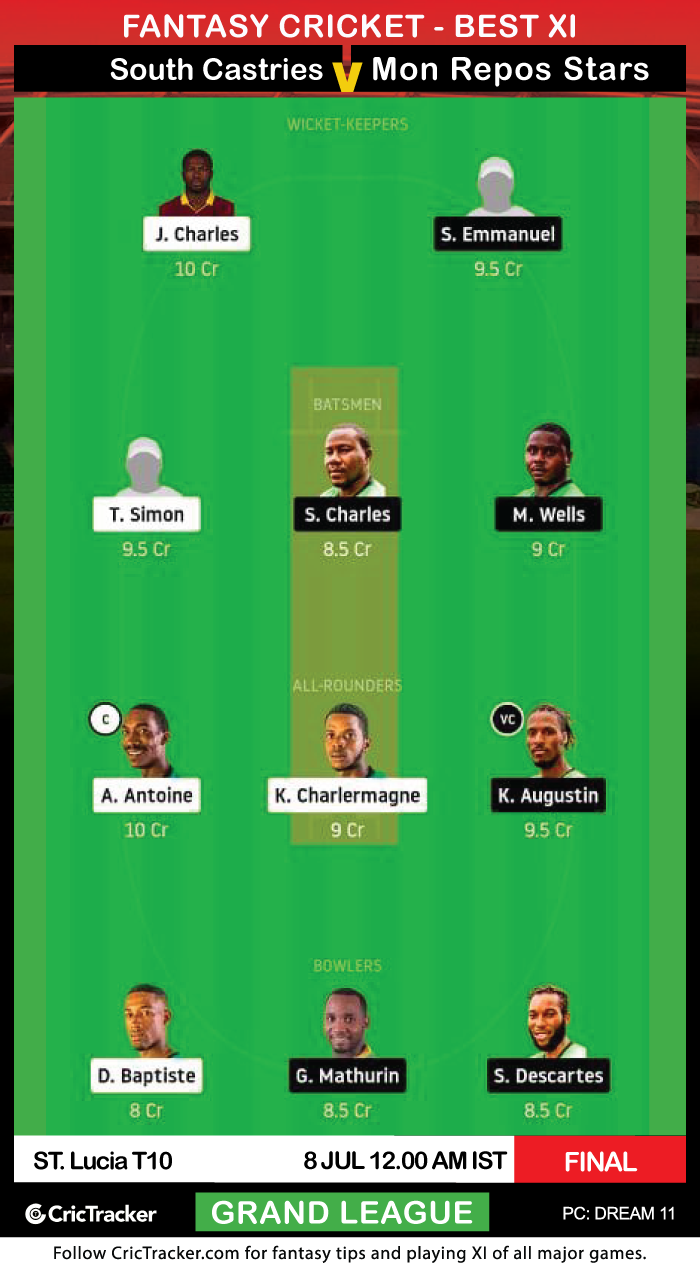 Going for all-rounders as multipliers in mega/grand leagues can give you an edge over others. Try picking more players from Lions squad.

South Castries Lions are expected to win this match.