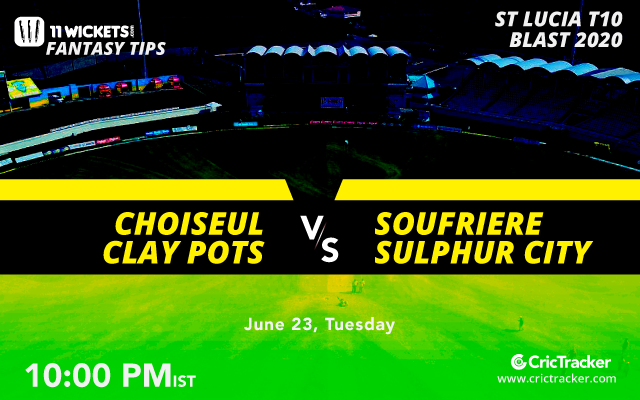 The 1st match of the 2020 St Lucia T10 Blast will be played between Choiseul Clay Pots and Soufriere Sulphur City Stars at the Daren Sammy National Cricket Ground in Gros Islet, St Lucia.

Choiseul Clay Pots and Soufriere Sulphur City Stars will face off at the Daren Sammy National Cricket Ground on Tuesday afternoon to kick start the St Lucia T10 Blast. This will be the first of the 27 league phase matches in this 8-team tournament. Audy Alexander and Clem St.Rose are a couple of players to watch out for in the Clay Pots squad while Bradely Tisson and Sanjay Pamphile could prove handy for the City Stars.

The afternoon in Gros Islet is expected to be under partial cloud cover.

The St Lucia T10 Blast could well be a high-scoring one if we consider the venue’s record in shorter formats. At times, the pitch here remains quite slow but the boundaries are expected to push in to suit T10 format.

Denver Didier amassed 62 runs across three CSL T20 innings at a strike rate over 170 and also bagged three wickets. Valange St.Ange scored 38 runs in two Choiseul Smash League games where he failed to pick a wicket but gave only 47 runs in seven overs. Canice Richardson went for almost nine an over during CSL T20 games but picked two wickets and scored 14 across two games. Sanjay Pamphile scored 45 runs and claimed two wickets across the two CSL T20 matches he played. 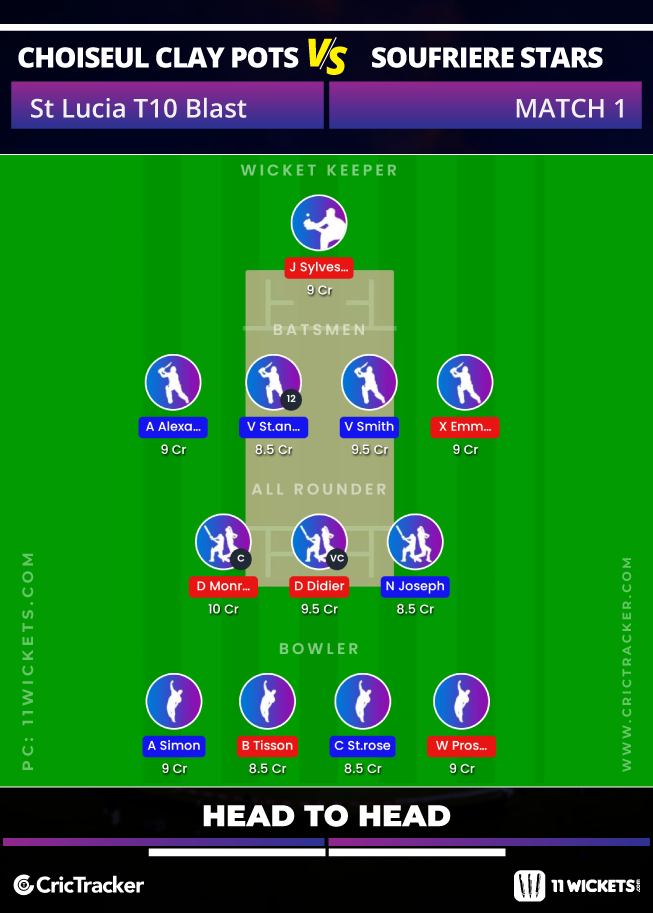 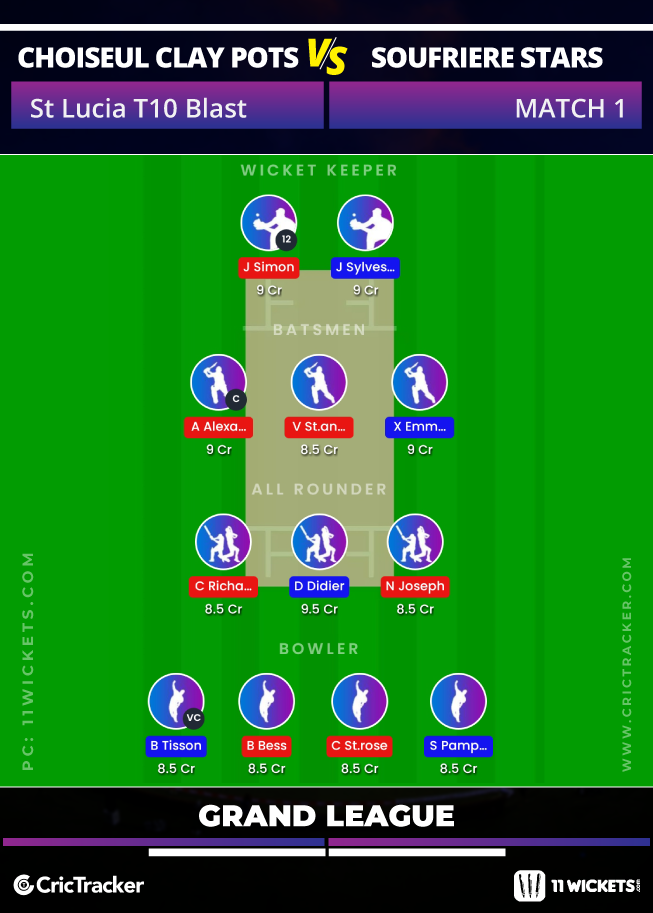 Clem St.Rose has been picked in a fewer number of fantasy teams for this match. He conceded runs at an economy rate close to nine runs an over during the CSL T20 played at the same of 2020 but ended up with four wickets in three games.

Soufriere Sulphur City Stars is expected to make a winning start in the tournament.