The 1st match of the 2020 St Lucia T10 Blast will be played between Choiseul Clay Pots and Soufriere Sulphur City Stars at the Daren Sammy National Cricket Ground in Gros Islet, St Lucia.

The St Lucia T10 Blast will kick start of Tuesday when Choiseul Clay Pots takes over the Soufriere Sulphur City Stars in the game starting at 12:30 PM local time. The Daren Sammy National Cricket Ground in St Lucia will host this 8-team tournament spread across 16 days. The likes of Audy Alexander, Clem St.Rose, Valange St.Ange and Canice Richardson are expected to play a key role for the Clay Pots while Bradely Tisson, Xytus Emmanuel, Sanjay Pamphile and Denver Didier are likely to do the same for City Stars.

The Daren Sammy Stadium is expected to be under clouds during the tournament opener.

The Daren Sammy Stadium in St Lucia produces assistance for the pacers early in the day on many occasions. The same could be seen on Tuesday as new pitches have been prepared for the tournament. Anything over 80 could prove a winning total at the start of the competition.

Xytus Emmanuel recorded scores of 35 and 33 respectively during the Choiseul Smash League T20 in March. Across three 2020 CSL T20 games, Bradely Tisson scored 54 runs alongside picking up five wickets. Audy Alexander featured in only one CSL T20 match this year where he scored 23 runs and went on to pick up two wickets as well. Clem St.Rose was taken for close to nine runs an over during the CSL T20 but ended up with four wickets in three games. 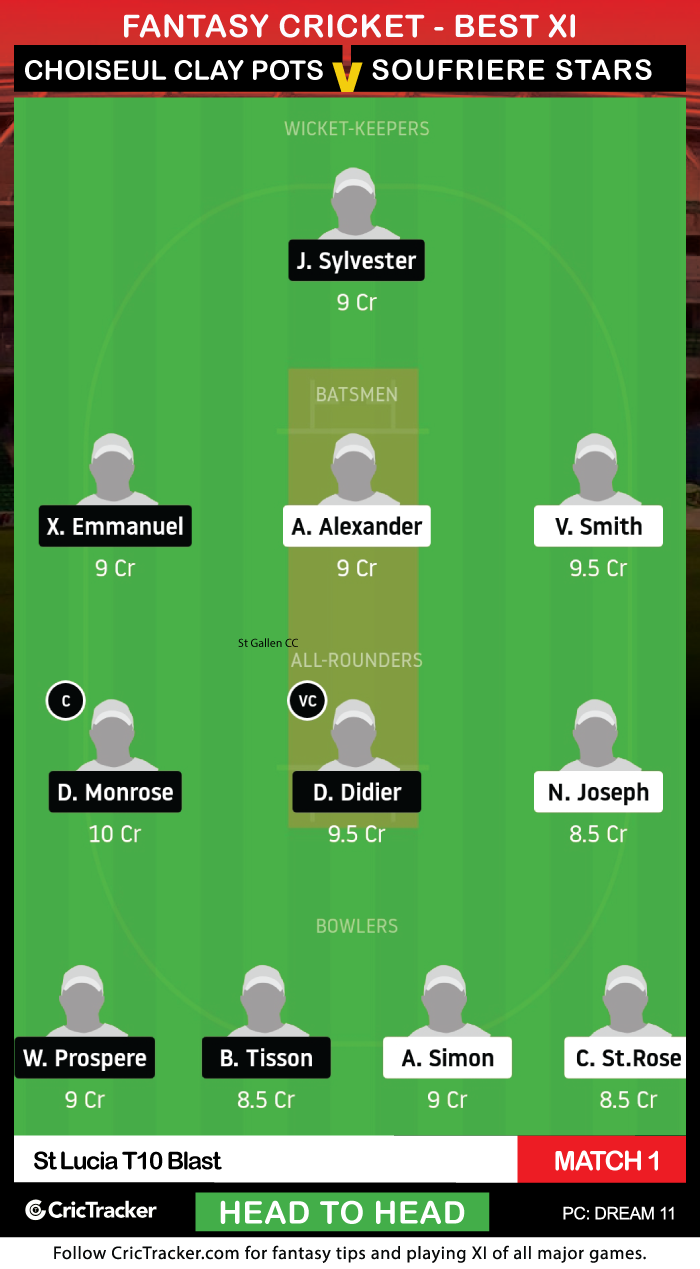 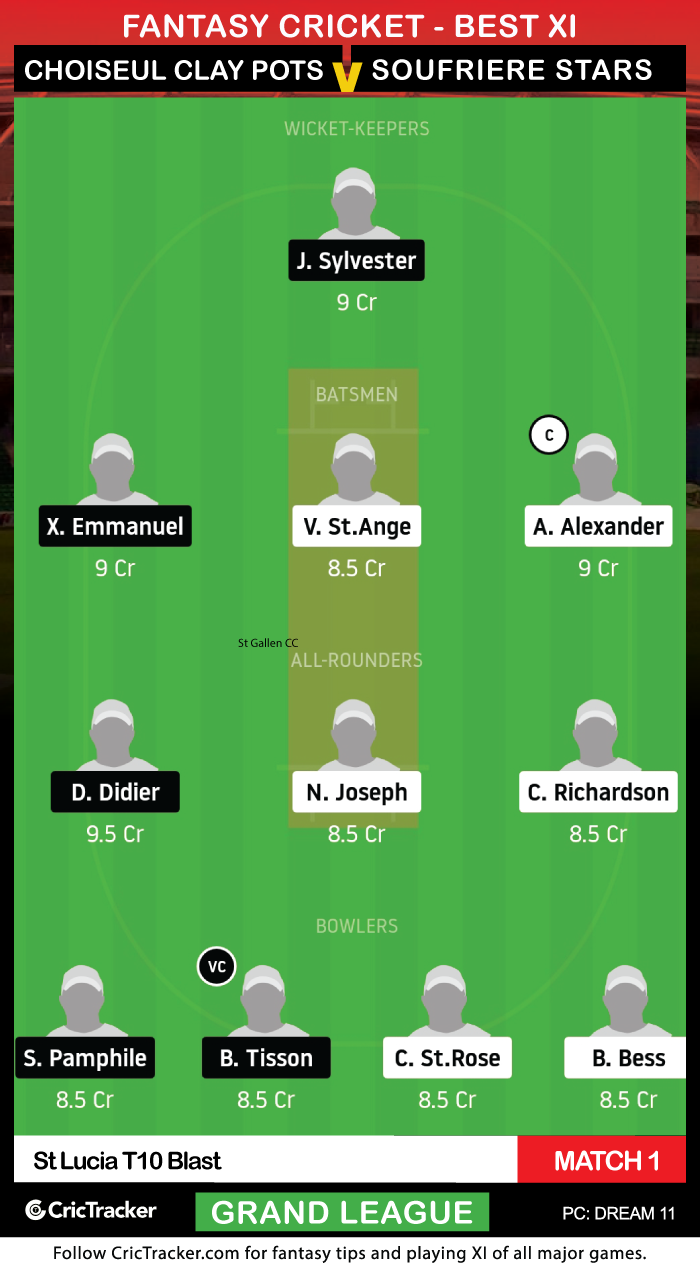 Dalius Monrose and Denver Didier are picked as captain and vice-captain respectively in the fantasy team for head to head leagues. One of the main reason is the duo have been quite popular in fantasy contests for this match.

Soufriere Sulphur City Stars are likely to hold an edge over the Choiseul Clay Pots.