Dalton Polius as captain could prove to be a differential pick in your fantasy team. 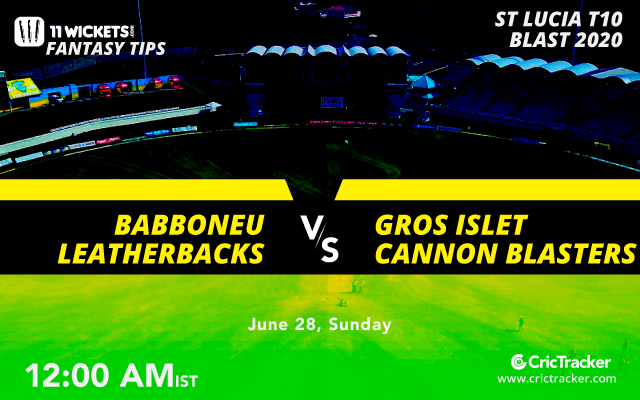 The 10th match in the St Lucia T10 Blast will be played between Babonneau Leatherbacks and Gros Islet Cannon Blasters at Darren Sammy International Stadium in St Lucia.

The Gros Islet Cannon Blasters are proving to be the team to watch out for in the St Lucia T10 Blast. After registering a stunning win in their first game, they came up with another brilliant performance against the Central Castries and they already look like the favourites to go all the way. In their pursuit to go all the way, they face the Babonneau Leatherbacks next up, who turned out pretty bad in their first game. The side struggled to cope with the quality of the Central Castries and their job gets no easier as they face the tournament’s strongest team up next.

The conditions are expected to be cloudy in Gros Islet, which could help the bowlers a bit. The temperatures would range from 27-31 degrees.

The track has been brilliantly suited for batting and one can expect the team batting first to put up a huge score. The average score on this ground is over 100, which speaks volumes of how flat the track has been.

Kimani Melius smashed a 32-ball hundred in Cannon Blasters’ first game and in the last game, he played three deliveries which resulted in a four, a six and his dismissal. Dornan Edwards and Tarryck Gabriel have shown great promise with the bat as well, which could come in handy for the Blasters.

Alex Joseph chipped in with a decent 31-ball 44 in their last game. Skipper Caleb Thomas is well capable of picking wickets and should be one of the first choices from the Leatherbacks unit. Among the bowling options, Dornan Edward picked up two wickets in the tournament while Dalton Polius impressed with a 3/13 in 2 overs in his last outing. 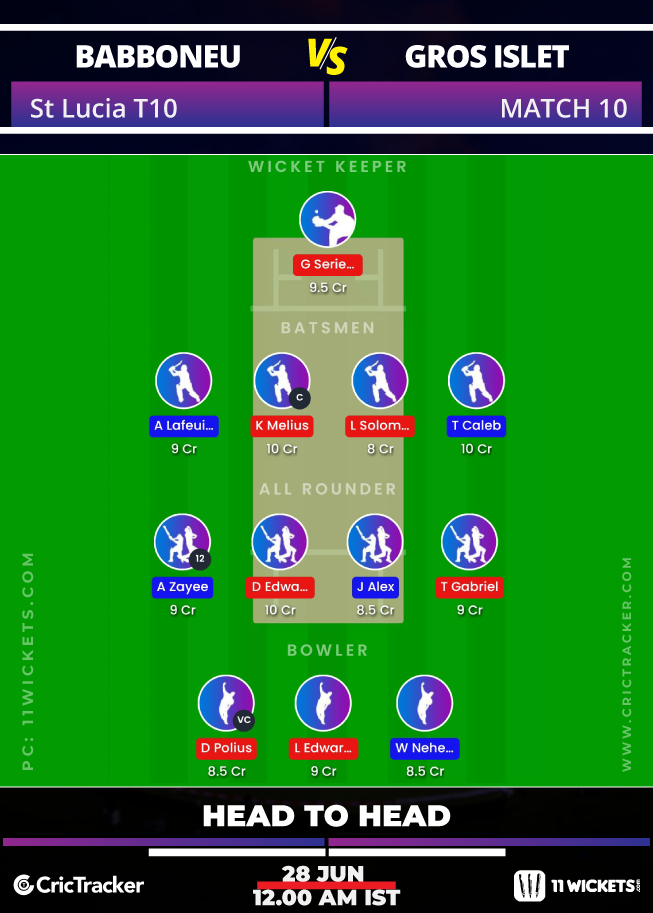 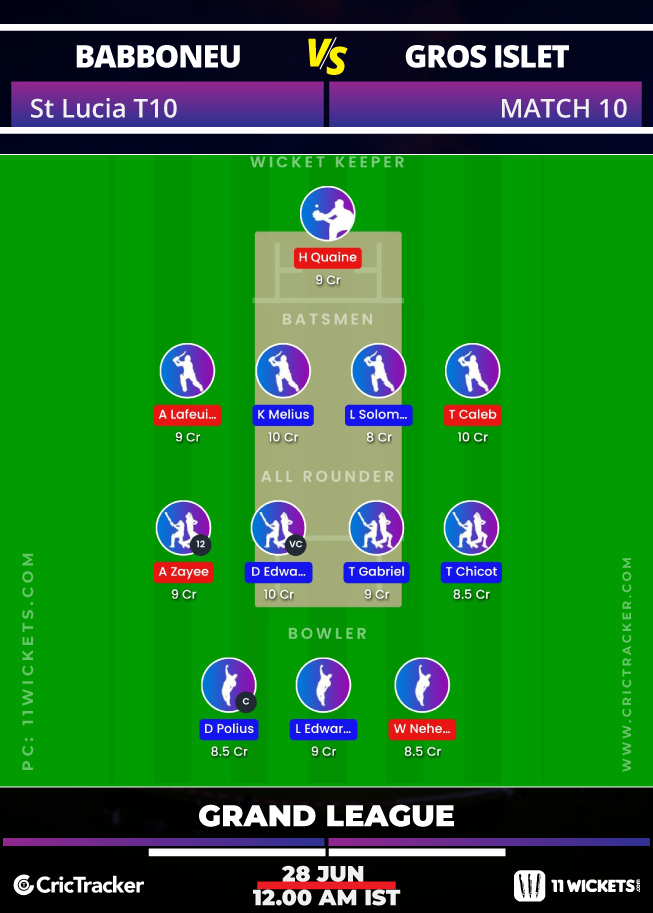 Dalton Polius has not been made C or VC by many. He is a good option to consider for the role especially in GLs.

The Cannon Blasters are too strong overall to slip up. We predict for them to win it by a huge margin.