Shem Paul and Junior Peter are the players to watch out for in this game. 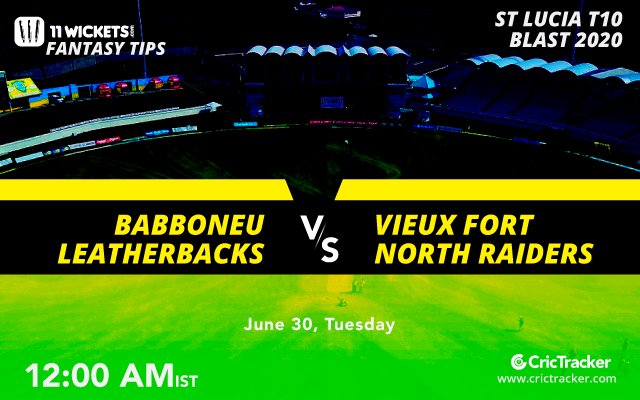 The 14th match of the 2020 St Lucia T10 Blast will be played between Vieux Fort North Raiders and Babbaneau Leatherbacks at the Darren Sammy National Cricket Ground in Gros Islet, St Lucia.

The Babonneau Leatherbacks got off to the worst possible start in the tournament, conceding over 300 runs in both their games and losing both their games by 50 and 96 runs margin. The side is definitely devastated with the results they managed thus far and in pursuit to change their fortunes, they will lock horns with the Vieux Fort North Raiders.

The North Raiders were off to a similar start as well, but the quality in their side helped them overcome their opening game’s nightmare, where they conceded 166 runs to the Cannon Blasters. However, the side will be keen on continuing their momentum and not give away any opportunity for the Leatherbacks to counter.

Not the most ideal weather conditions, but still good enough for a game of cricket. The temperatures are expected to be warm and pleasant, with cloudy weather.

This flat batting deck is a batsman’s paradise and it seems like there will be no assistance for the bowlers once again. However, there are some decent bowlers up for a fight in this contest and it’ll be interesting to see how they work out.

Junior Peter chipped in with a great cameo in the last game for the North Raiders and he could be tried as a captain the grand league. Besides him, the safer option for the multiplier roles would be Shem Paul and Ernell Sextius, the all-rounders who have been doing well consistently in recent times and boast of great List A experience. Jevin Isidore and Jermain Harding could muster great value to your fantasy side as well.

From the Leatherbacks, it would be suggestible to not pick many players as the team doesn’t have great individual quality. However, the likes of Alex Joseph and Antoine Zayee have done decently in their two fixtures, chipping in with crucial contributions. Thomas Caleb, the Leatherbacks’ skipper, hasn’t fired in all cylinders as yet but could prove to be pivotal. 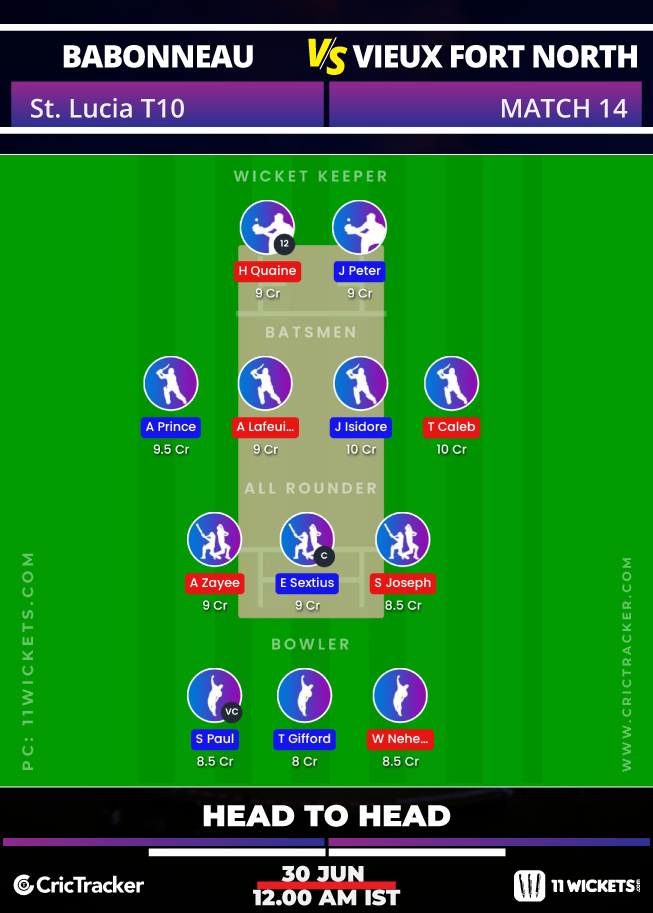 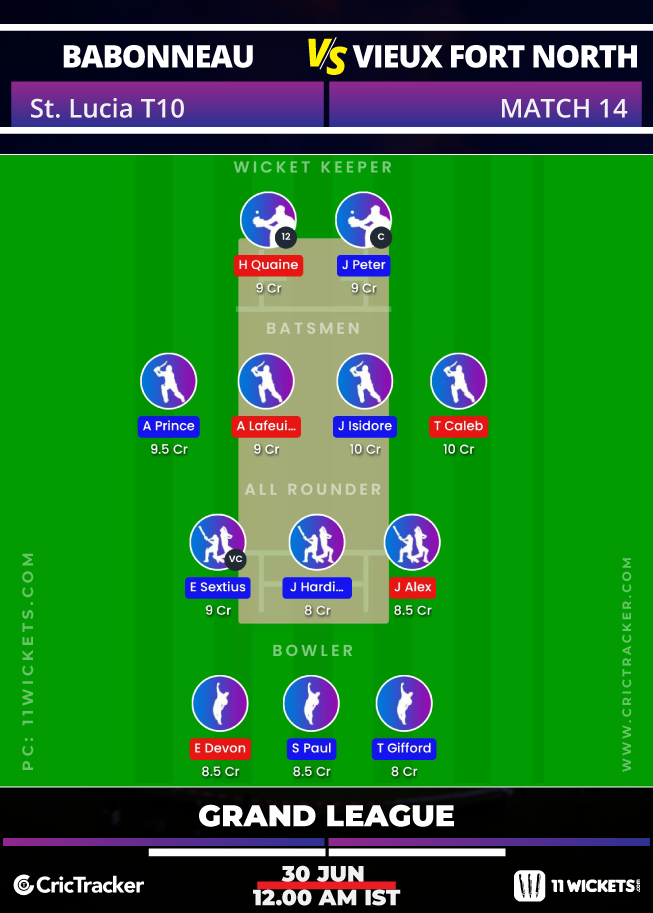 Ernell Sextius, statistically hasn’t been the best of players but he definitely is capable of winning you a lot of points. Opt for him as the captain in the small league and rewards are almost certain.

The North Raiders are expected to win this fixture comfortably.