Take a chance with Darren Sammy as captain of the mega leagues.

The 1st match of the Super Four stages in the St Lucia T10 Blast will be played between Central Castries Mindoo Heritage and South Castries Lions at Darren Sammy International Stadium in St Lucia.

The tournament has completed its group stages and we now enter the Super Fours of the tournament, where the four best teams in the league will be playing a round-robin. The first game of this stage will be played between the South Castries Lions and the Central Castries Mindoo Heritage. Both teams have been exceptional in the tournament and there’s very little room for mistake in this fixture. Both teams have lost just a game in their campaign thus far and have mostly put on dominant performances. However, the pressure of this stage in the tournament could eat up one of them.

Weather is expected to be sunny around 25 degrees and the full match can be expected without major interruptions.

The track is well suited for batsmen and the bowlers could be up for a tough outing once again. 108 is the average first innings score in the previous five matches.

Stephen Naitram chipped in with a blistering half-century against the Leatherbacks and is looking good for some more big knocks. Darren Sammy has joined the team and although he didn’t get to bat, his international experience will come in handy for the side. Talking about international experience, Johnson Charles is another major pick in this fixture.

Alex Antoine is without debate the top choice for captaincy. The all-rounder has accumulated over 300 fantasy points thus far, more than any other player in this fixture and registered a stunning half-century in the last game. Kester Charlermagne has been bowling well in the competition, picking up 6 wickets in the last four fixtures.

Dillan John and Keygan Arnold are household picks for this fixture in your fantasy team. They have been two of the best bowlers in the tournament and they add great value to your team. Also, you can take a chance with Colinus Calender in your XI as well, who chipped in with a few cameos in recent games. 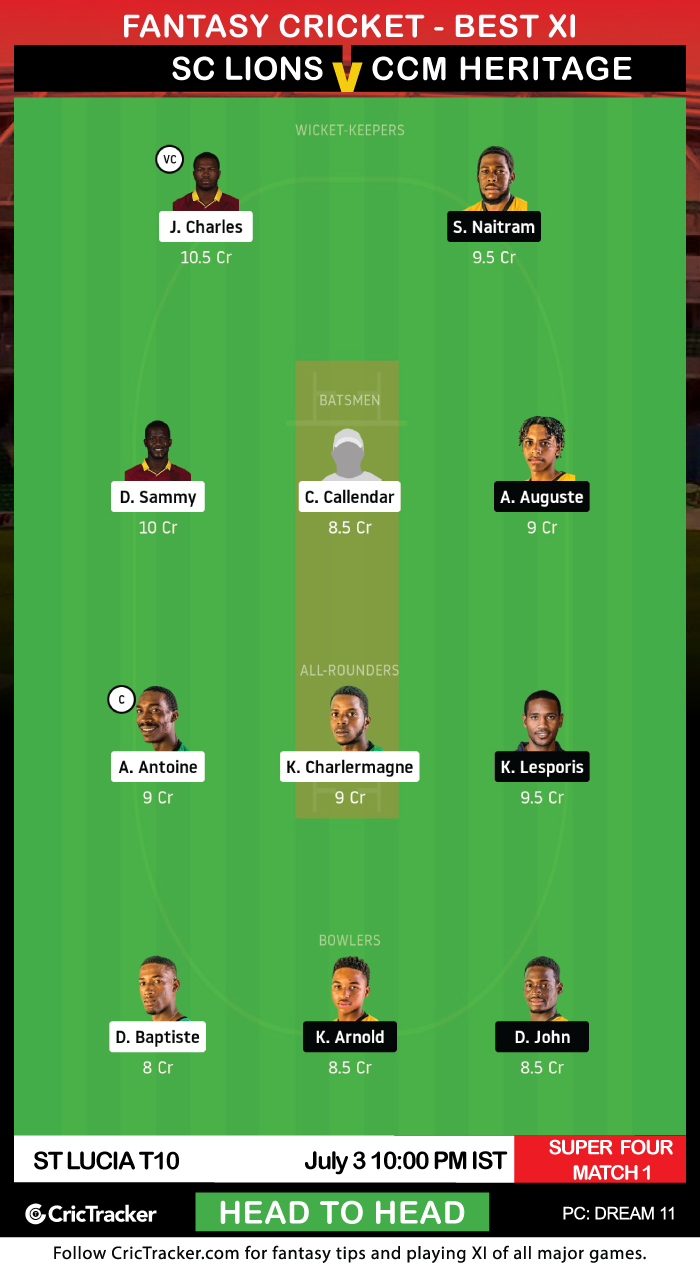 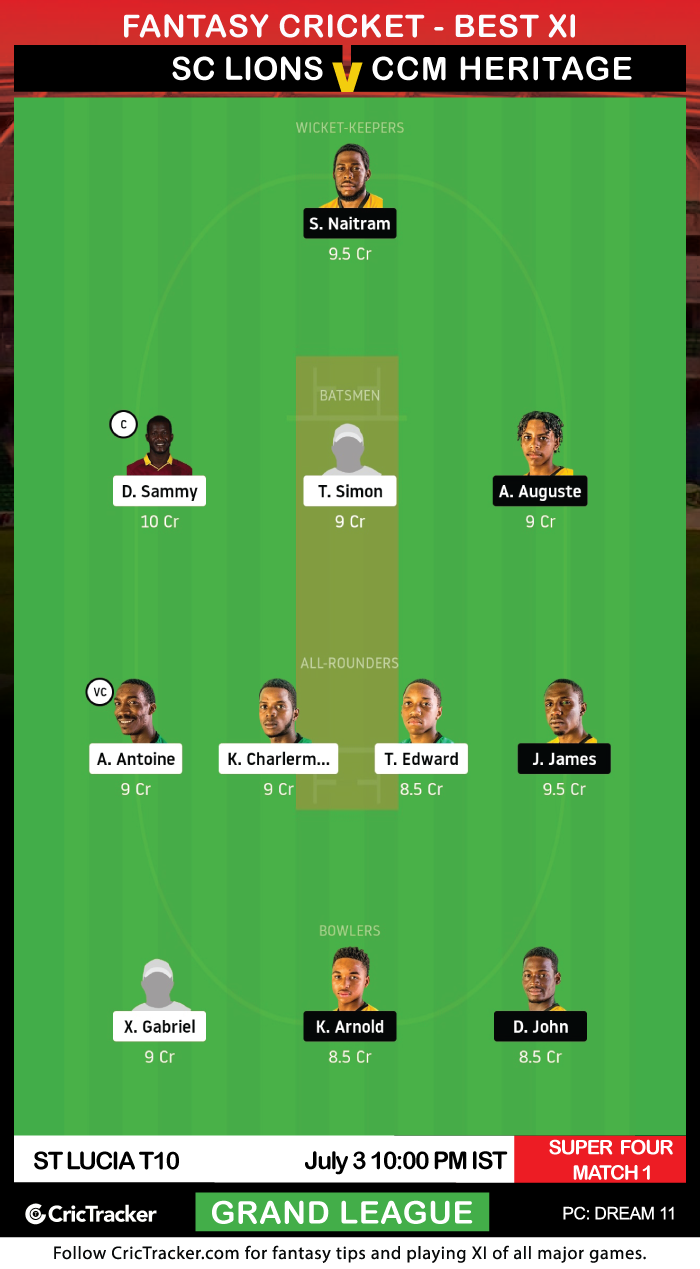 Since the South Castries Lions have better individual talent, it would be preferred to have more players in the fantasy XI than the Central Castries.

South Castries Lions are expected to emerge win this fixture.