Bradley Tisson has the ability to make a difference with both bat and ball.

The 24th match of the St. Lucia T10 Blast will be played between Soufriere Sulphur City Stars and Choiseul Coal Pots at the Daren Sammy National Cricket Stadium in St. Lucia on 11th May.

The match will start at 11:00 PM IST and it will be streamed live on Fancode.

Soufriere Sulphur City Stars will go one-on-one against the Choiseul Coal Pots in the 24th match of the St. Lucia T10 blast on Tuesday. Unlike other teams, City Stars have already played 6 matches in this tournament and this will be their 7 match. They settled for one point in their previous match as the match was called off due to rain. Currently, they are at the 2nd spot in the standings with 7 points.

Choiseul Coal Pots have got a brilliant batting line up with the likes of Junior Henry, Audy Alexander and Vince Smith. After losing their first match, they showed real character and won the next 2 matches. They are just below City Stars in the standings with 4 points.

It will be a crucial match as both sides aiming to finish at the top 4 in the standings. There is no dearth of talent among the sides and whoever performs better will come out on top.

Captaincy Picks for SCS vs CCP:

Bradley Tisson has the ability to make a difference with both bat and ball, he has scored 49 runs at a strike rate of 153.12 and also picked up 2 wickets with the ball.

Audy Alexander was brilliant with the bat in the last game against the Mon Repos Stars where he scored well made 37 runs from 24 balls. Overall in 3 matches he has scored 77 runs and picked up 2 wickets at an economy of 10. 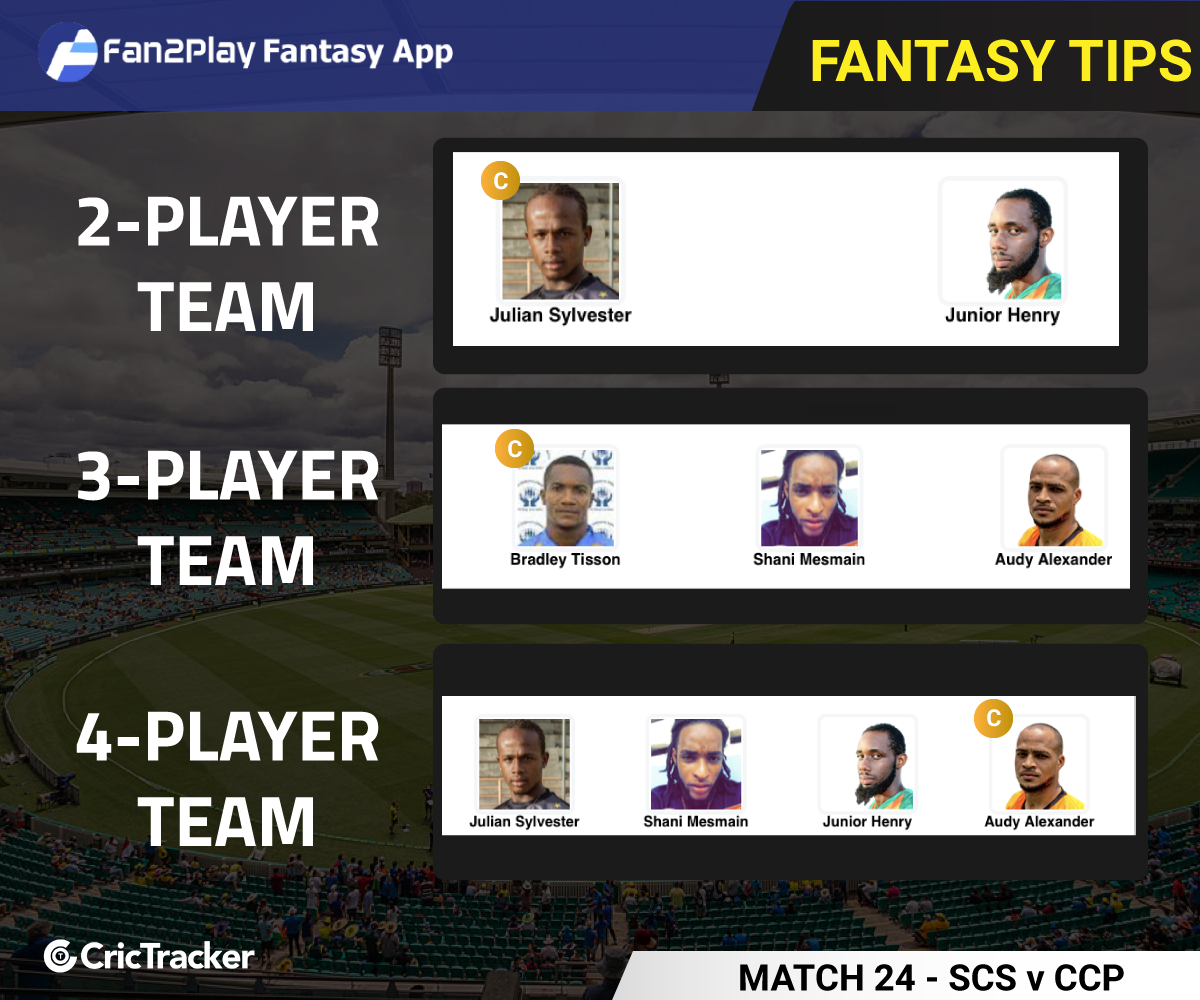 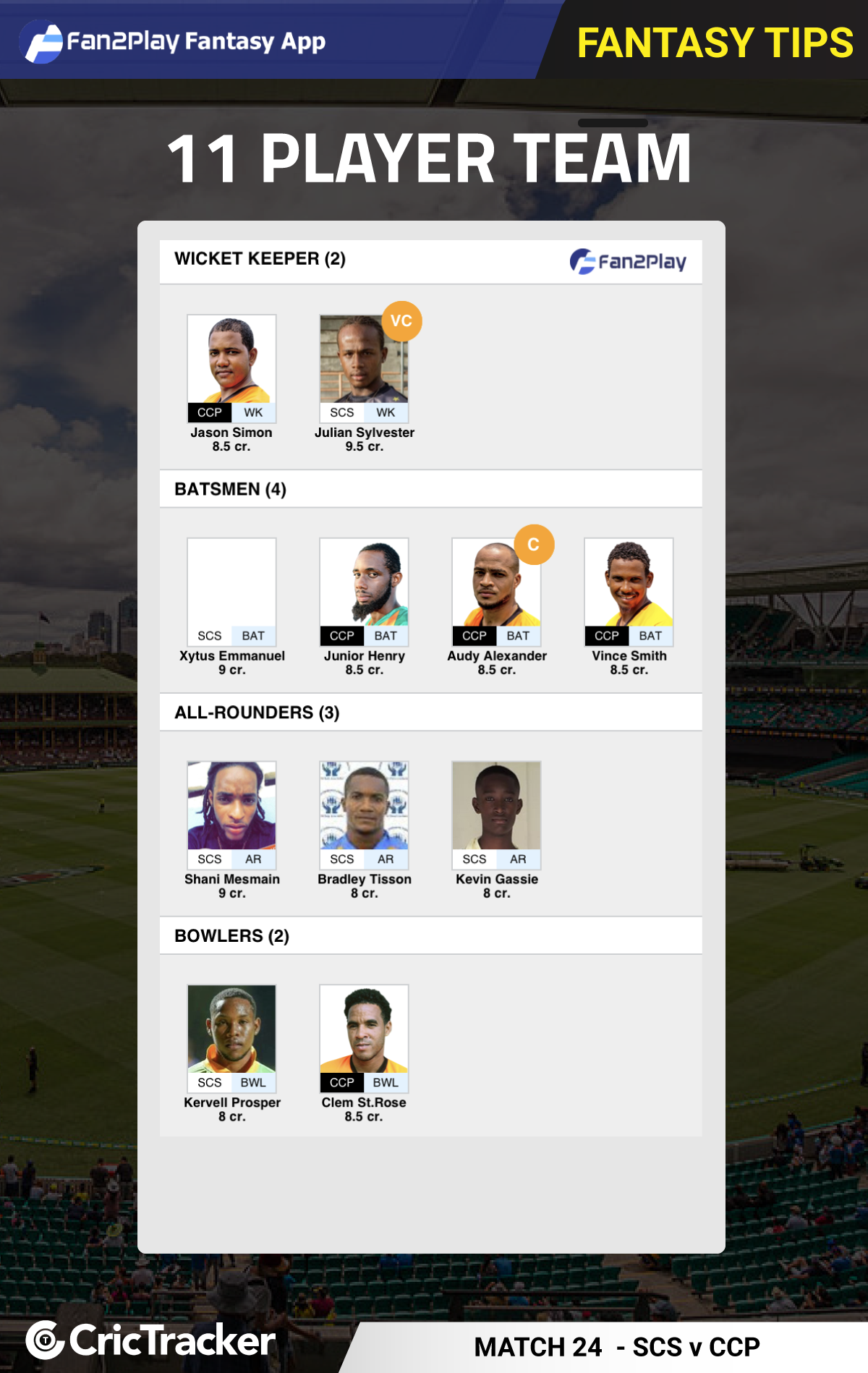