Choiseul Coal Pots are favourites in this match.

The Choiseul Coal Pots are set to lock horns with the Vieux Fort North Raiders in the 17th match of St. Lucia T10 Blast 2022, at Darren Sammy National Cricket Stadium in St. Lucia. The CCP are riding in high spirits, winning their previous match against MAC. On the other hand, the VFNR are coming into this match wounded after a defeat in their previous match against the MRS. They will be looking to bounce back and get back to winning ways.

The wicket at the Darren Sammy National Cricket Stadium is well-balanced. In the last eight matches, the average first innings score at this venue has been 86 runs. The team that wins the toss should aim to bowl first, as the chasing side has won the majority of games played on this ground.

Jason Simon will be a crucial pick in the match. He has accumulated 56 runs in the previous match against MVC at an average of 56.00.

Clem St. Rose will also be a key player in the match for CCP. He scalped 2 crucial wickets in the previous match against MVC.

Richie Robert will be a key player for VFNR in the match. He has scalped 3 wickets in 2 matches at an average of 11.33.

Kurt Edward will be a crucial pick in the match. He has mustered 120 runs in his last 5 matches at an average of 30.

Must Picks for CCP vs VFNR Dream11 Fantasy Cricket: 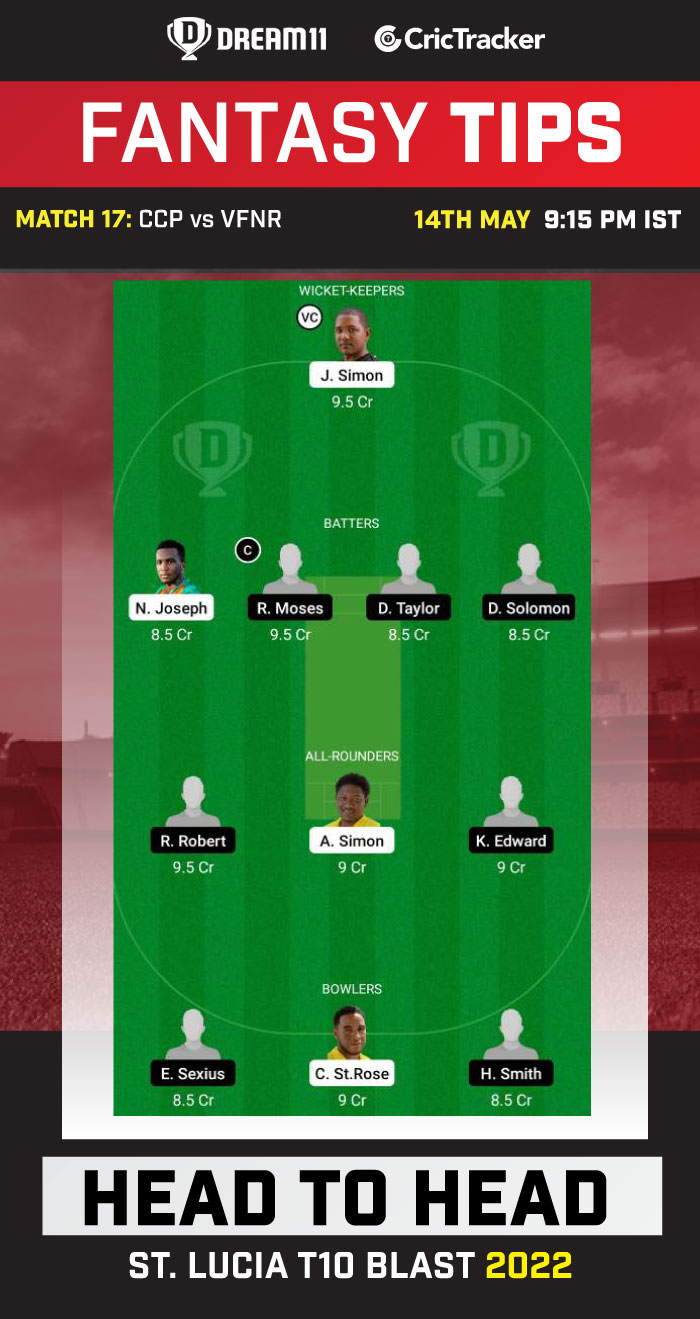 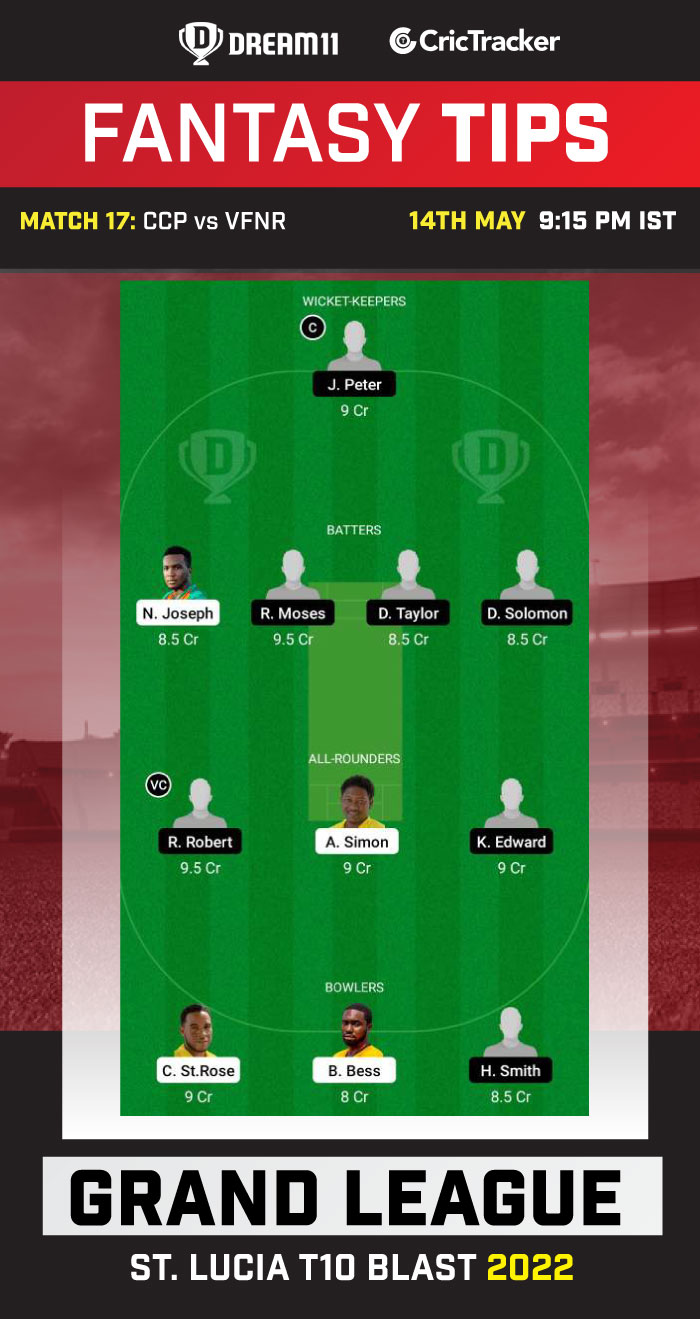 Spirit Women is expected to win this encounter