Adelaide Strikers are expected to remain in semi-final places by beating Melbourne Stars. 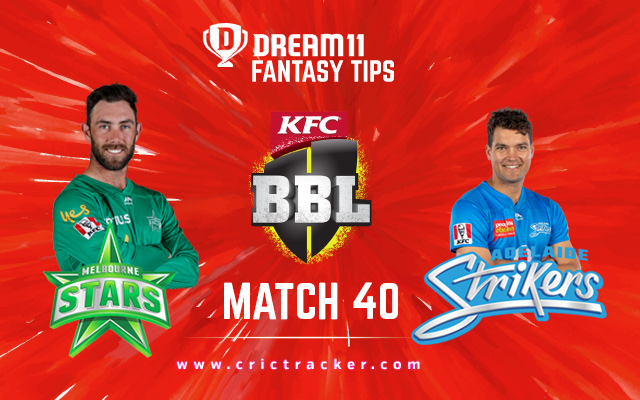 The 40th match of the Big Bash League (BBL) 2020-21 will be played between the Adelaide Strikers and Melbourne Stars at the Melbourne Cricket Ground in Melbourne.

This match is scheduled to start at 01:45 PM IST (06:45 PM Local Time). It will be streamed live on Sony Ten Network and Sony LIV app.

Adelaide Strikers and Melbourne Stars are both having a season full of ups and downs. While the Strikers have been better than Stars, inconsistency has been a major cause of headache for both the teams. The Strikers are currently sitting 4th, having won 5 and lost 5 games.

On the other hand, Melbourne Stars have won only 3 games, but they have played a game less than their opposition. A win can catapult them into the semi-final places, while a win for the Strikers will increase their slender gap with the chasing pack.

Unfortunately, it is looking likely that we will not have a full game tomorrow, if we have a game at all. The chances of precipitation are 60%, with the temperature expected to be around 16 °C.

The track at the MCG will help the batsmen, as scoring 170 should be not too difficult here. However, past results show that chasing here is a lot more difficult than defending.

Peter Siddle has recovered from his injury and has been included in the squad, but the decision on playing him will be taken before the match. Rashid Khan has left the Strikers for national duty.

Skipper Alex Carey is doing justice to his tag of the ‘next big thing’ of Australia. He has scored 279 runs at an average of nearly 35 and a strike rate of over 120.

Glenn Maxwell has suddenly lost his Midas touch, but he had a great start to the competition. He has scored 255 runs at an average of over 35 and a strike rate of over 150.

Marcus Stoinis is consistently playing praiseworthy knocks for the Stars. He has scored 277 runs at an average of almost 40, while his strike rate is over 160.

Spinner Adam Zampa has been brilliant with the ball for the Stars. He has picked up 12 wickets and has an economy rate of just over 7 runs per over.

For the Strikers, Wes Agar has been the most consistent performer with the ball. He has picked up 17 wickets and has an economy rate of under 8 runs per over. 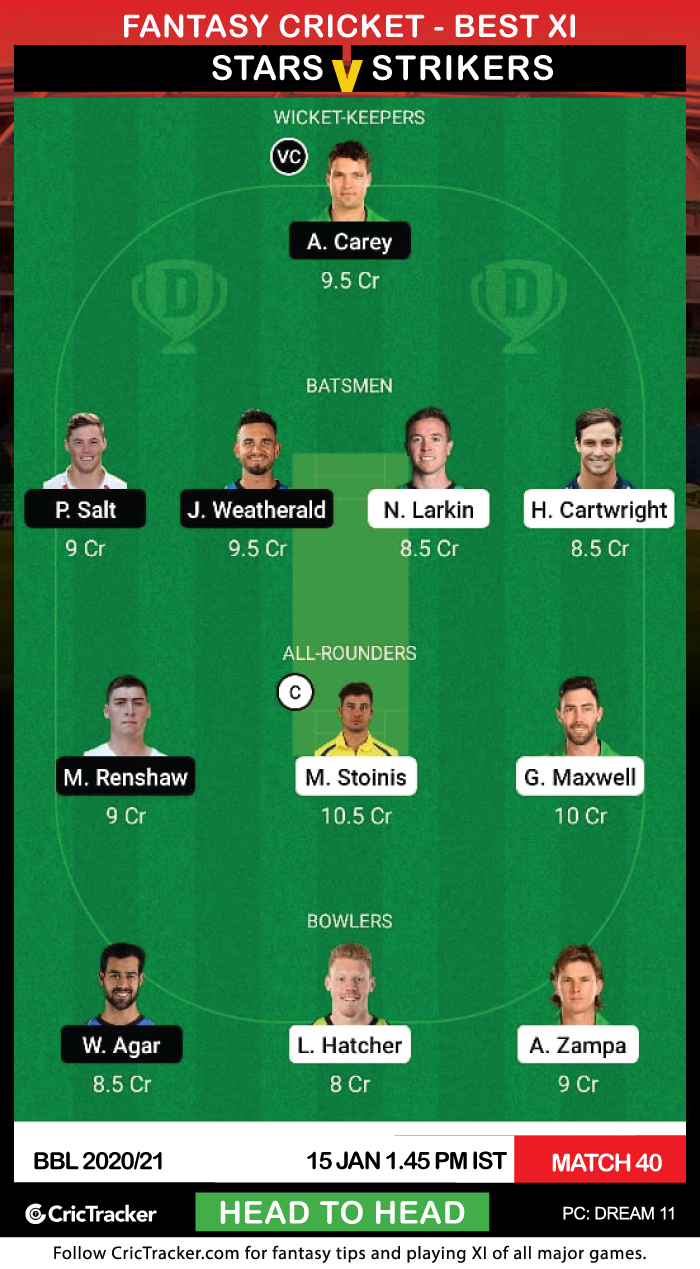 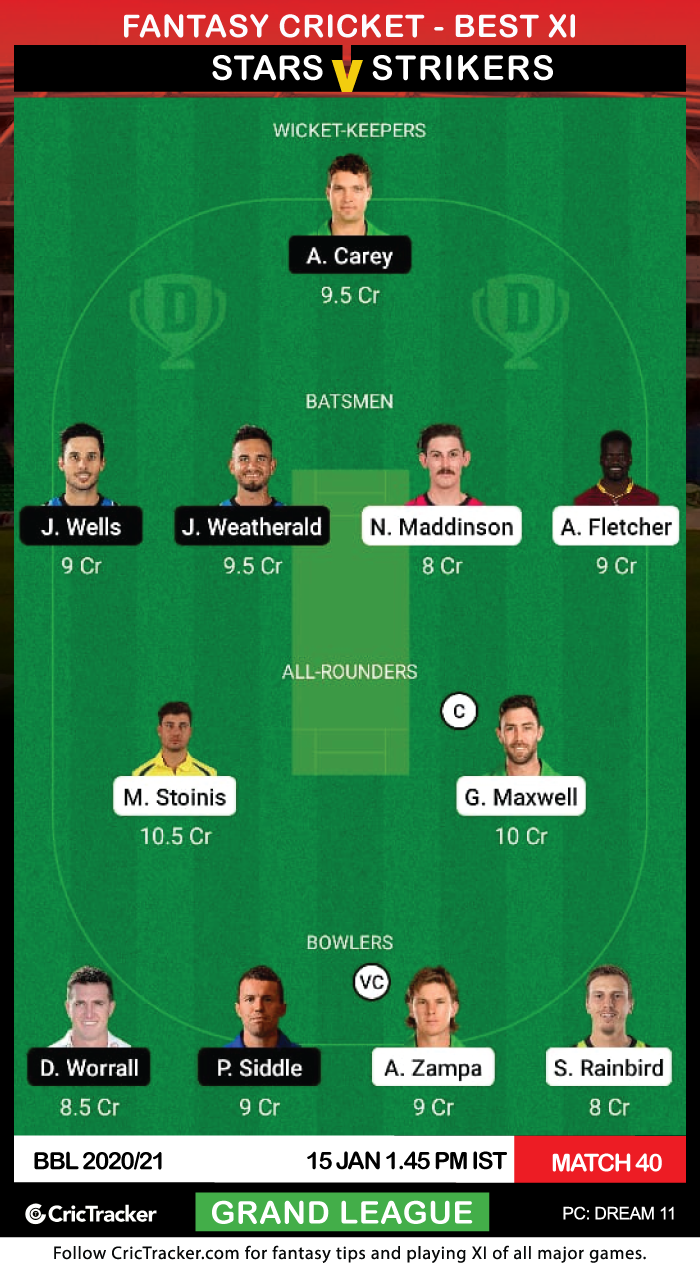 Liam Hatcher has picked up 10 wickets and has an average of under 25. Priced at only 8.0 Cr, Hatcher can be a great budget buy for your Dream11 Fantasy team.