They have also managed to achieve a success rate of 54% which is the best by any team.

As Australia defeated India by 34 runs at the Sydney Cricket Ground, the hosts etched their name in history. The Men in Yellow became the first ever team in cricketing history to win 1000 international games across all formats. The players donned the retro kit inspired by the one used by Allan Border‘s side in 1986 during the series against India.

After electing to bat first, Australia the trio of Shaun Marsh, Usman Khawaja and Peter Handscomb registered splendid half centuries and they posted a respectable total of 288/5 on the board. Given the previous record at the venue, it was considered an under-par score but that wasn’t the case. As for India, Rohit Sharma’s spectacular hundred wasn’t enough to save India from a defeat. The rest of the batting lineup sans MS Dhoni failed to extend their stay at the crease.

Australia register their 1000th international win at the SCG

Having played the first ever official cricket game against England way back in March 1877, Australia began their journey in international cricket with a victory. Since then, the Aussies have competed in 1852 international games. It includes 920 ODIs, 818 Tests and 114 T20Is. They have also managed to achieve a success rate of 54% which is the best by any team.

England stands a distant second in the list of teams with most wins at 774 while India is in the third position with 711 wins. The Poms also hold the unwanted record of featuring in the most losses in international cricket. A total of 676 losses in the 1833 international games they have played. On the other hand, India have suffered 615 losses out of 1596 games.

Here are the teams with most wins in international cricket: 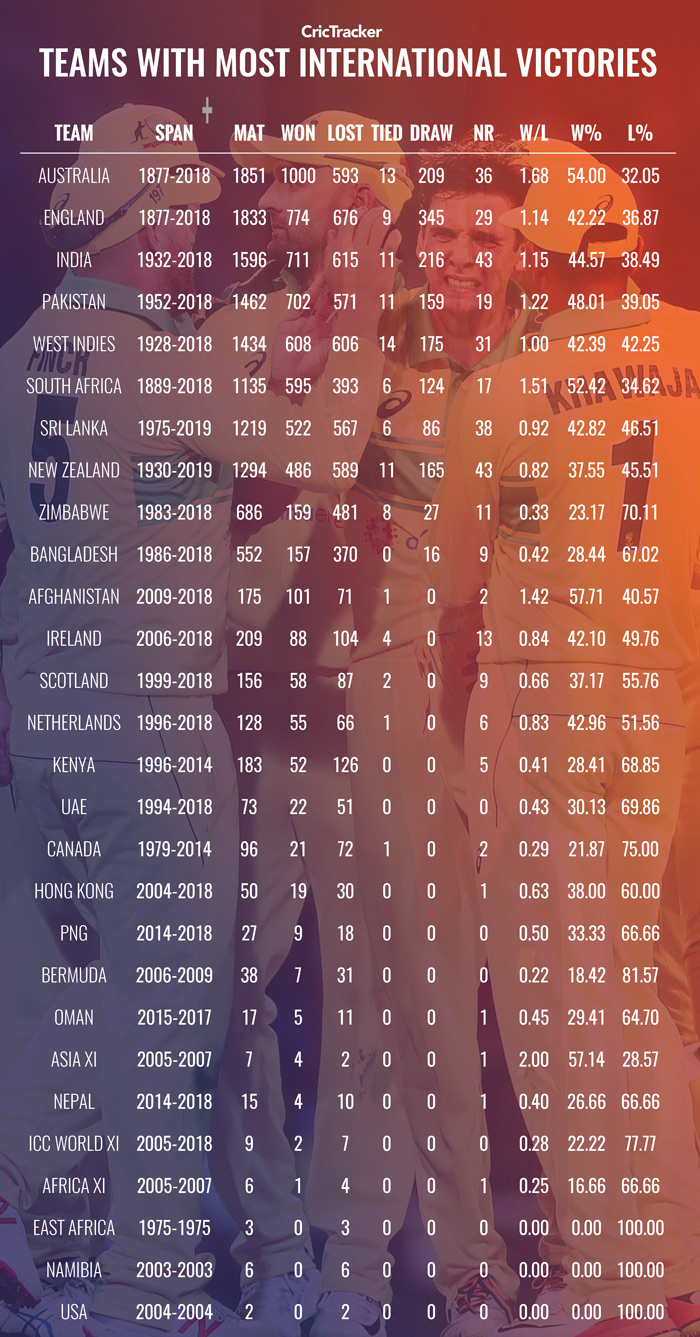