Gautam Gambhir raised his fifty in 29 balls and soon got to triple digit score in only 69 deliveries.

Gautam Gambhir celebrated his 37th birthday in style by scoring a quick-fire century in the Vijay Hazare Trophy quarter-final match. Leading Delhi, Gambhir scored 104 in only 74 deliveries with 16 fours. The left-hander’s knock kept his team in cruise control on their way to a 230-run chase against Haryana at the M. Chinnaswamy Stadium in Bangalore. Capitalizing on the field restrictions, Gambhir raised his fifty in 29 balls and soon got to triple digit score in only 69 deliveries.

The 69-ball century by Gambhir is the joint 2nd fastest century by a Delhi player in List A cricket. The fastest ton for Delhi was recorded in 68 balls by Mithun Manhas against Services in 2006. Rishabh Pant also scored a 69-ball century this year during the 2017-18 Vijay Hazare Trophy game against Himachal Pradesh. Shikhar Dhawan brought up his century in 2008 against Services in 70 balls which is the only other List A ton coming in less than 70 balls for Delhi.

Most runs in List A cricket by Indian players: 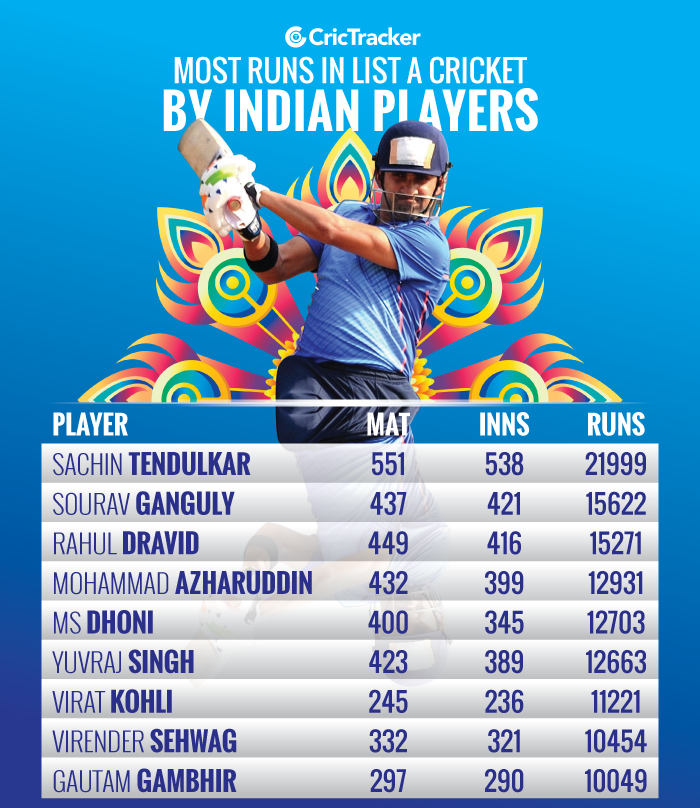 When Gambhir reached his individual score of 55, he completed 10000 runs in List A cricket. Thus, he became only the 9th Indian player to score 10,000 runs in List A cricket. The last Indian player to complete this milestone was Virat Kohli during the 2017 ODI series in Sri Lanka and became the quickest to the mark in List A history. Sachin Tendulkar leads the Indian list with 21999 runs, over 6000 runs more than the next best.

In the 14th over, Gambhir took on Yuzvendra Chahal hitting him for three consecutive boundaries to move on to 68. With the 3rd boundary, the southpaw completed 6000 List A runs on Indian soil. Gambhir needed 65 runs to reach this milestone before this game. He is now only the 6th player with over 6000 List A runs in India. With the century, he also went past Rahul Dravid (6036) and Sourav Ganguly (6020) in this list. Sachin Tendulkar scored 9380 runs which is nearly 2300+ more than the next best. 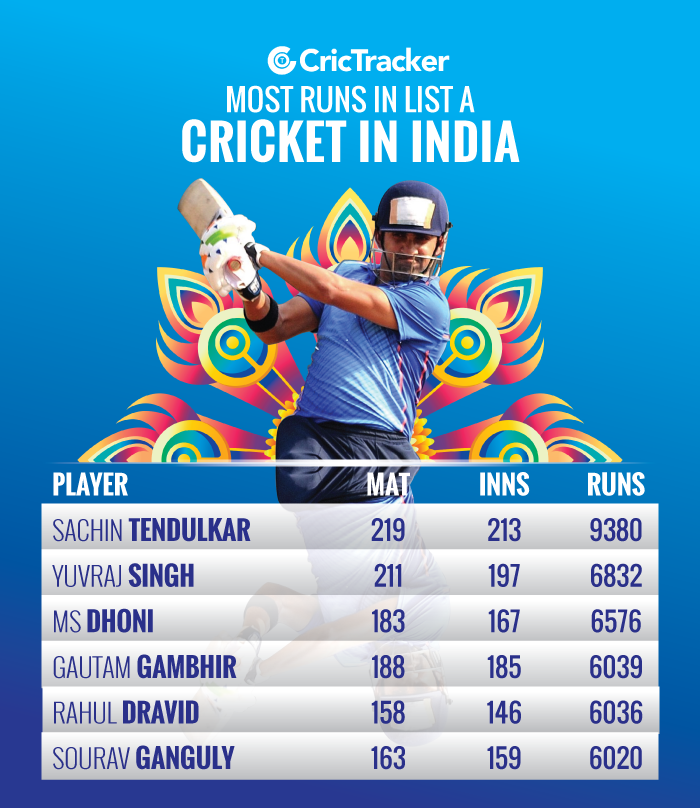