Stats: India's best ever pace-attack and a record-breaking trio

Stats: India’s best ever pace-attack and a record-breaking trio

The major cause for this success is the collective efforts of the spearhead Ishant Sharma, Mohammed Shami and Jasprit Bumrah.

The year 2018 was a remarkable one for Indian fast bowlers who recorded never seen before success in the longer format running through the opposition in their backyard. India, who played only once without a specialist spinner in a Test match until 2017, have played twice in 14 Test matches in this year. The faith skipper Virat Kohli has shown on his fast bowlers is one of the reasons for this change.

The major cause for this success is the collective efforts of the spearhead Ishant Sharma, Mohammed Shami and Jasprit Bumrah, who is in his debut year of Test cricket. The three bowlers collectively accounted for 109 wickets in the eight Test matches they played together. All the four away Test wins have come in those eight matches only. Their tally of 109 away wickets in 2018 are the 2nd most by any pace bowling trio in a calendar year away from home.

Most away Test wickets by Pace Troikas in a calendar year: 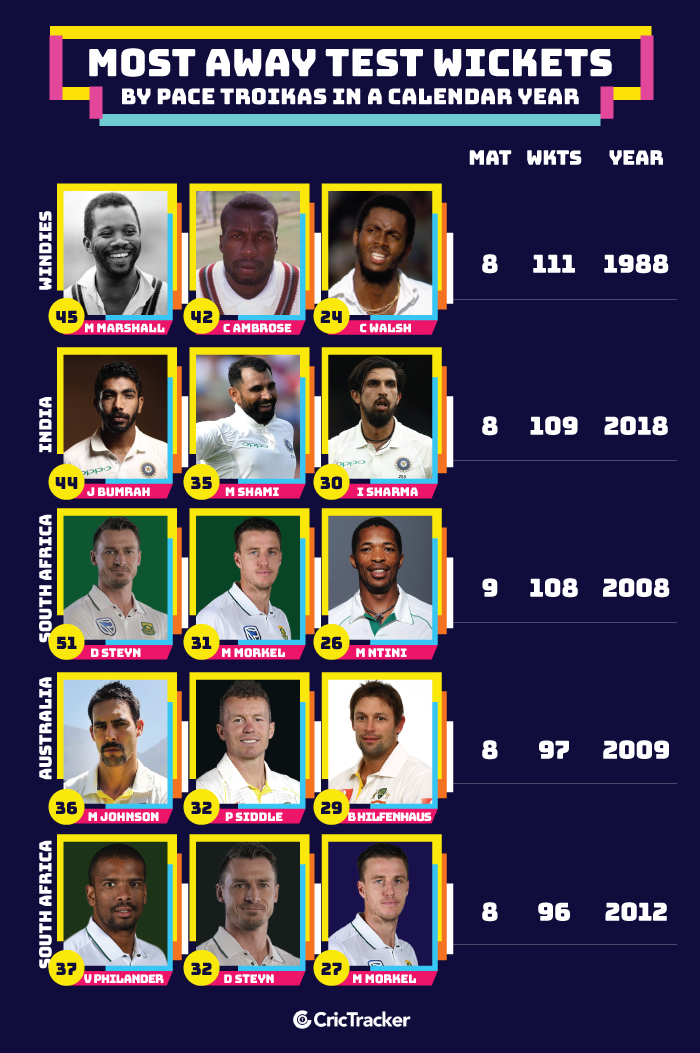 The Windies’ trio of Malcolm Marshall, Curtly Ambrose and Courtney Walsh together played eight Tests in 1988 for 111 wickets away from home which is a record till date. South Africa’s Dale Steyn, Morne Morkel and Makhaya Ntini is the only other pace troika with over 100 Test wickets away from home. They collectively bagged 108 wickets in the nine matches they played together in 2008. Overall, the Indian pacers have bagged 158 wickets outside home this year which is bettered only by Windies (189 wickets in 1980).

Most away wickets by a team’s pacers in a calendar year:

Best bowling strike-rate for a team’s pacers in a calendar year in Test cricket: (Min: 150 wickets) 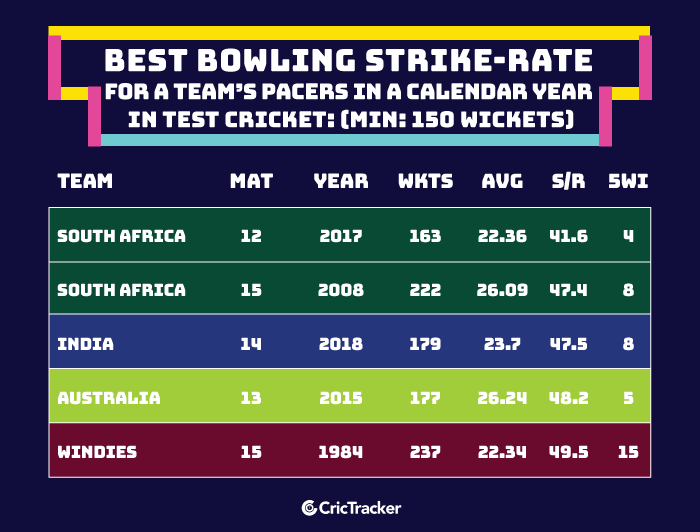 In the 14 Test matches India played in 2018, they bowled out the opposition twice in a Test on 14 instances. They failed to bowl England out during the innings defeat at Lord’s and couldn’t bowl them out in the second innings of the Oval Test. They are only the 3rd side to bowl the opposition on 25 and more instances in a calendar year in Test cricket. Australia in 2005 and South Africa in 2008 bundled the opposite team on 26 and 25 instances respectively.

Bowling out the opposition on most times in a calendar year: 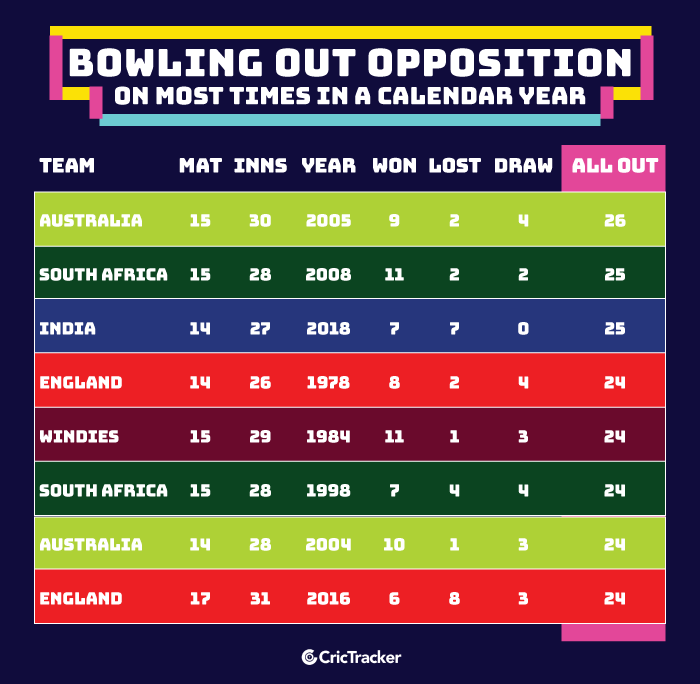