India has gotten rid of extreme turning tracks in the last 2-3 years at home and instead focused on succeeding in sporting pitches.

Virat Kohli, who took up the Test captaincy at the start of 2015, injected the liking for the pacers which resulted in pacers enjoying success even in Indian conditions. The last two Tests hosted by the Eden Gardens had not witnessed a wicket picked by an Indian spinner shows how much importance India has been giving for the pacers. India has gotten rid of extreme turning tracks in the last 2-3 years at home and instead focused on succeeding in sporting pitches. 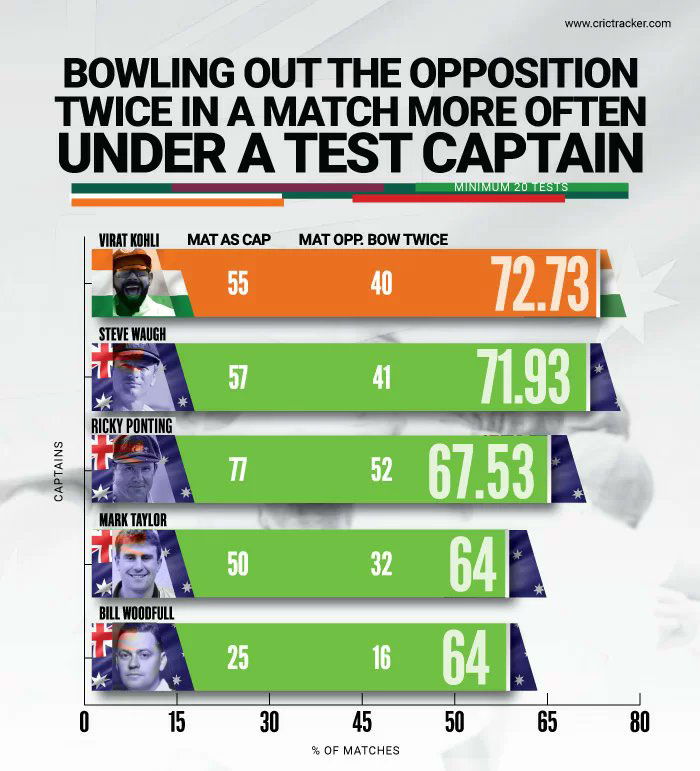 This translated into India being able to bowl the opposition out very often and have a chance of winning more matches. The opponents have been bowled out twice in 40 Test matches under Kohli’s captaincy which is equivalent to 72.73 % of the 55 Tests in which the star batsman has led India. It is the highest percentage for any captain who has led in 20 or more Tests. It is marginally ahead of Steve Waugh as the Australian team bowled the opponents twice in 41 Tests out of 57 where he was in the service.

Except for MS Dhoni (51.67), no other Indian captain before Kohli had seen his bowlers bowling out the opposition twice in more than half of the matches while being in the service. At present, the Indian bowlers have been able to claim 17.33 wickets at an average in every Test match where Virat was captain. Among the captains with 20+ Tests overall, only Ricky Ponting’s Australian team (17.68) has got better figures than the Indian bowlers under Virat. 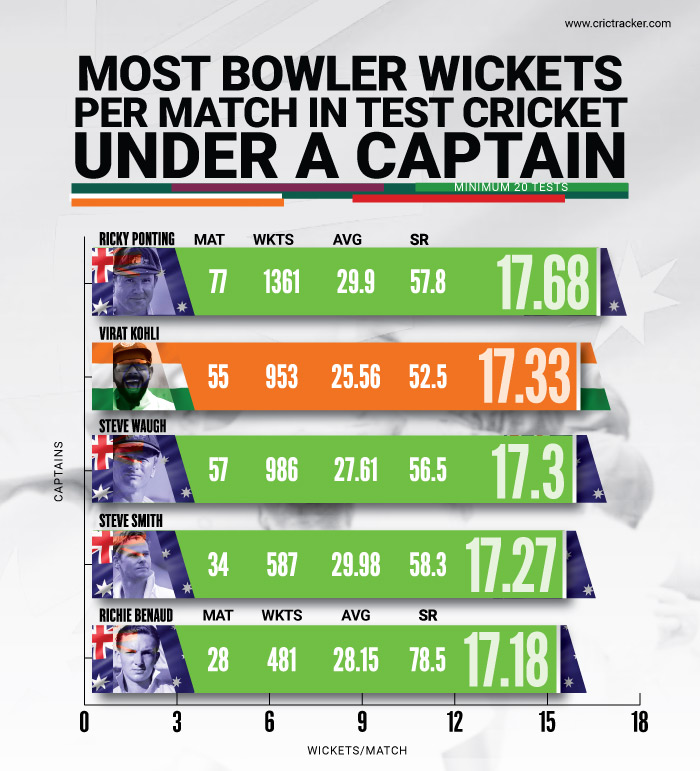 Alongside Virat Kohli’s interests in the pacers, it was the presence of Bharat Arun as bowling coach helped the Indian bowling big time. Arun had short stints with the Indian team previously but became a permanent feature since 2017. Bharat’s inclusion to the support staff didn’t go well due to his not so great record when it comes to International cricket. The former Indian pacer was fresh from the 2016-17 domestic season where he was the head coach of Hyderabad.

In his presence, the Hyderabad team witnessed a spike in results after many years, especially in the Ranji Trophy. Bharat formed a formidable pace trio featuring Mohammed Siraj (41), Chama Milind (35) and M Ravi Kiran (34) where they collectively claimed 110 wickets in just nine matches. A year later, Arun was managing the trio of Jasprit Bumrah, Mohammed Shami and Ishant Sharma who collectively bagged 109 wickets across 8 Tests played in 2018. 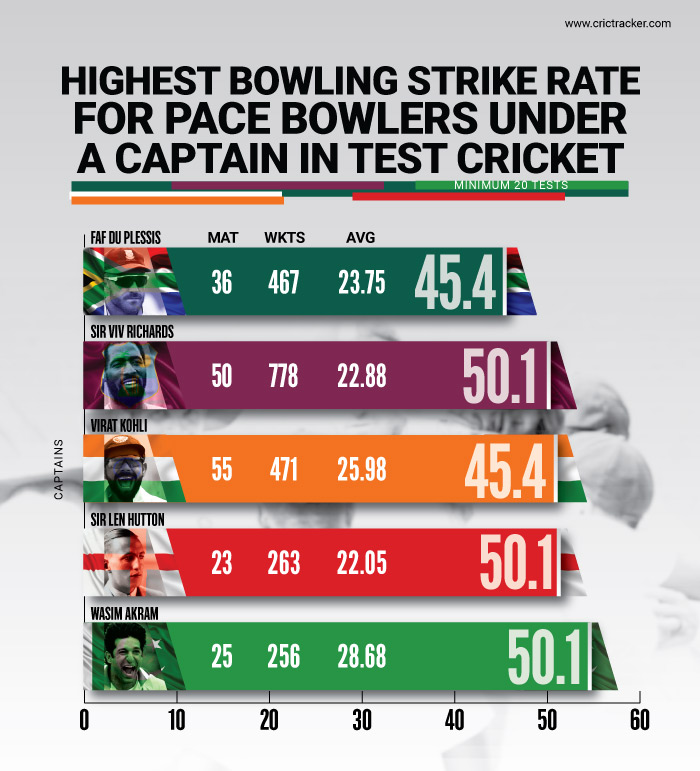 Before the ongoing Border-Gavaskar Trophy, the pace bowlers claimed as many as 471 wickets across 55 Tests under Virat Kohli. Those wickets came at a strike rate of 50.8 which is the 3rd best under any captain. The pacers have maintained pretty good numbers even while playing less than half of those 55 matches outside Asia. The bowling attack is now good enough to deal the opposition even in the absence of Kohli for the final three Tests but his the team will surely miss his batting.