Rabada needed 44 matches for the milestone but Dale Steyn and Allan Donald got there in 39 and 42 Tests only.

Kagiso Rabada made a comeback to Test cricket after spending nearly a year even without playing a first-class match. Rabada, who missed the last game of the home Test series against England at the start of 2020, didn’t get to play another Test until South Africa’s tour of Pakistan. He did feature in a couple of ODI and T20I matches but the COVID-19 lockdown didn’t let him feature in lockdown. Rabada was kept out of the home Test series against Sri Lanka as well due to injury risk.

Rabada did not take a long time to make a difference in Karachi where he struck twice on the evening of the first day’s play by dismissing openers of the home team. Rabada wasn’t lucky enough to strike on the 2nd day but bagged the wicket of Hasan Ali on the 3rd day morning. This turned out to be his 200th wicket in Test cricket by which he became the 3rd fastest to reach the milestone playing for South Africa. Rabada needed 44 matches for the milestone but Dale Steyn and Allan Donald got there in 39 and 42 Tests only.

Kagiso Rabada was 25 years and 248 days old on Thursday which makes him the 4th fastest player to complete 200 wickets in Test cricket. The Asian pacers Waqar Younis and Kapil Dev take the top two spots as they were 24y 26d and 24y 68d old respectively. Harbhajan Singh finds the 3rd spot in this list as he was 25 years and 248 days old at the time of his 200th Test wicket. Rabada would have finished ahead of Harbhajan if not for the year-long gap.

During the Sri Lankan tour in 2018, the speedster broke Harbhajan’s record to become the youngest player to complete 150 wickets in Test cricket. Kagiso Rabada is now the youngest player from South Africa to complete 200 wickets in Test cricket. He held a similar record when he got to 100 Test wickets during a home Test series in 2017. Rabada is also the 2nd quickest South African in terms of days from debut as only Shaun Pollock (5 years and 6 weeks) got to 200 Test wickets earlier. 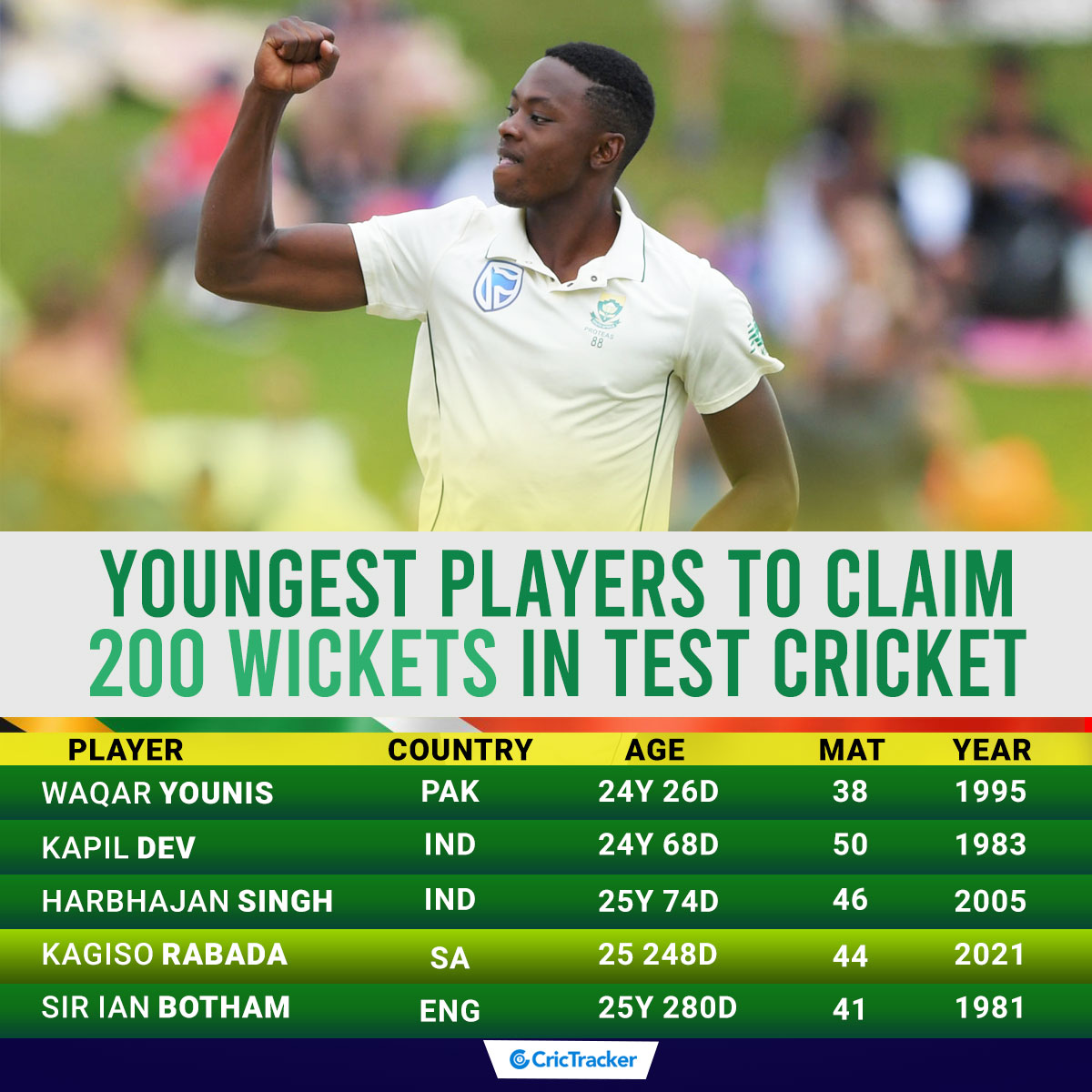