All the major records and numbers that were created by Mayank-Rohit pair in the Vizag Test match.

Mayank Agarwal and Rohit Sharma scored big runs in the first Test against South Africa to put India in a commanding position. The duo shared a 317-run opening partnership to help India post 500+ total before declaring their innings. Mayank, batting for the first time in a home Test match, scored his maiden hundred and converted it into a double century. On the other hand, Rohit Sharma scored 176 in his maiden innings as a Test opener and fell one run short of his highest Test score.

All the major records and numbers that were created by Mayank-Rohit pair in the Vizag Test match:

2 – Mayank Agarwal and Rohit Sharma pair is only the 2nd pair with a triple century stand in their maiden innings as opening pair. Virender Sehwag and Rahul Dravid added 410 in the 2006 Lahore Test against Pakistan.

12 – Number of sixes that Mayank (6) and Rohit (6) collectively hit in this innings; the most by any opening pair in a Test inning. Australia in the 2003 Perth Test against Zimbabwe and New Zealand in the 2015 Sharjah Test against Pakistan had 11 sixes each hit by their openers. 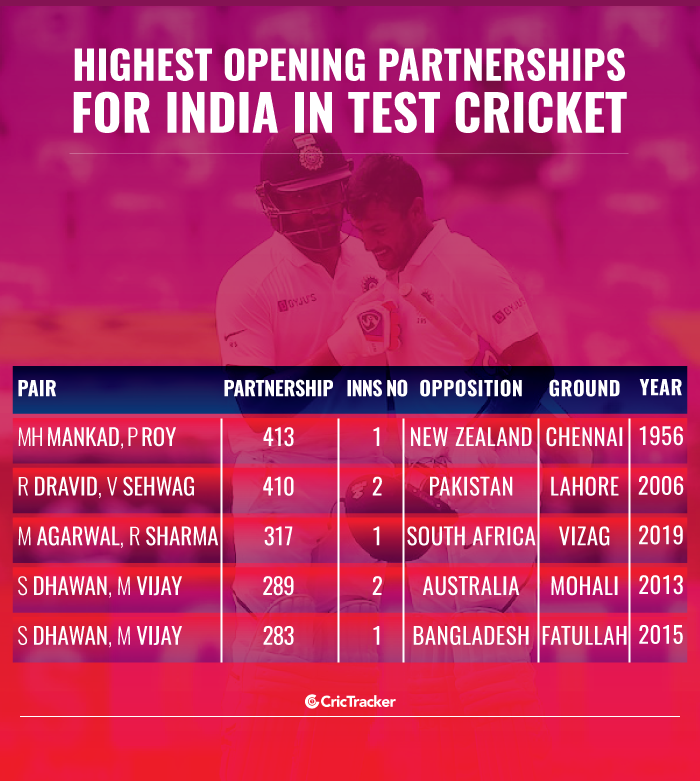 391 – The duo collectively scored 391 runs in this innings; the 3rd highest aggregate by Indian opening pair in a Test inning. The duo of MH Mankad and Pankaj Roy scored 404 runs against New Zealand in 1956 while Virender Sehwag and Wasim Jaffer pair aggregated 392 runs also against South Africa in 2008. The top two instances came in the matches played in Chennai but at different venues [Nehru Stadium and Chepauk Stadium]. 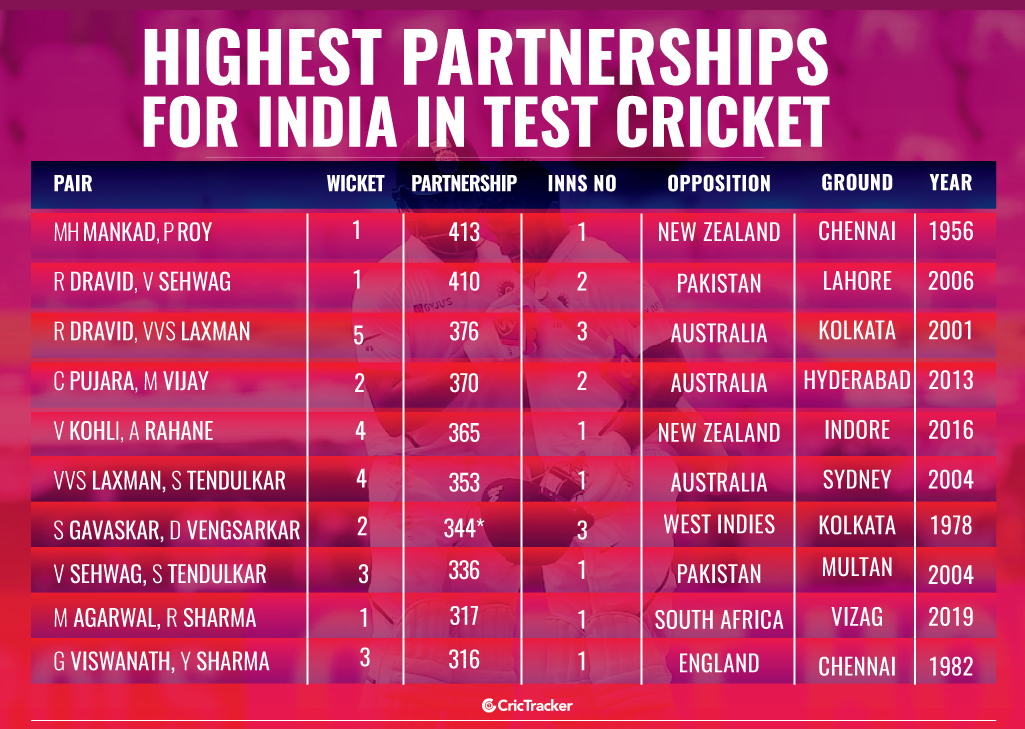 615 – Mayank and Rohit batted out 615 balls in India’s first innings; the 2nd most number of deliveries faced by an Indian pair in a Test inning. Indian openers faced 706 deliveries in the 4th innings of the 1979 Oval Test against England.