Stats: Most century stands for an opening pair in a bilateral ODI series

Stats: Most century stands for an opening pair in a bilateral ODI series 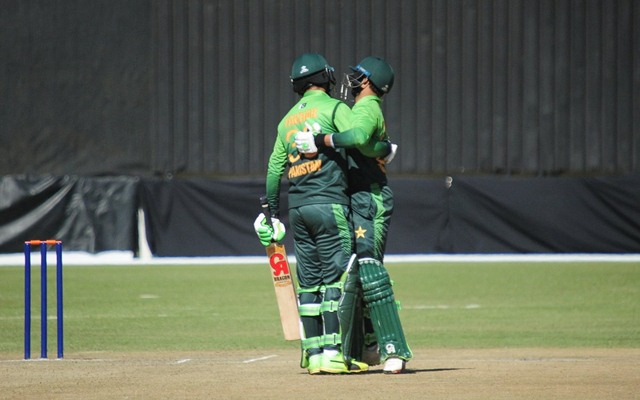 Pakistan and their new opening pair of Fakhar Zaman and Imam-ul-Haq have continuously given great starts to their team in the ongoing ODI series against Zimbabwe. Their partnerships have been key in Pakistan’s wins in the first three ODIs to seal the 5-match series with two matches to be played. The pair shared a 113-run stand in the first ODI as they posted 300+ total. They added 119 in the 2nd ODI where during a 195-run chase before Imam got run out.

Chasing just 68 runs in the 3rd ODI, Pakistan lost Imam’s wicket on the very first ball. But in the 4th ODI, the pair put on a record 304-run partnership. They became the first opening pair in ODI history to share a triple century stand in Men’s Cricket. They also became the first Pakistani pair to add 300 runs for any wicket in this format. With the 3rd century stand, Fakhar and Imam became only the 5th opening pair in ODI history to share three century stands in a bilateral series.

The first of the previous four pairs to achieve this feat were Imran Farhat and Yasir Hameed pair from Pakistan. They shared as many as four century stands in five innings during the 2003 home ODI series against New Zealand which is still a record. India’s legendary opening pair of Sachin Tendulkar and Sourav Ganguly put on three century partnerships during the 7-match ODI series in 2007 against England with all of them resulting in the team’s wins.

Rohit Sharma made two entries in this list as the Indian opener shared three century stands during the home ODI series against Australia with Shikhar Dhawan. India won the series 3-2 margin with Rohit and Dhawan’s stands coming handy in India’s victories. Rohit shared three consecutive century partnerships with Ajinkya Rahane in the last three ODIs of the 5-match home series in 2017 against Australia which they won 4-1.

Most century stands for an opening pair in a bilateral ODI series: 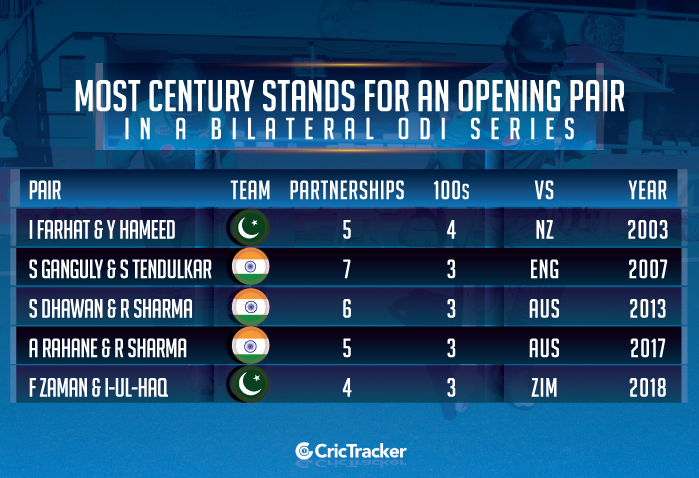