In IPL 2020, MS Dhoni averaged 25 with the willow - His lowest among all seasons.

“Consider me retired from 1929 hrs”. That’s all it took Mahendra Singh Dhoni to bid goodbye to his glorious, unmatchable, and decorated career. An Instagram post, a 4:07 long video clip carrying the many highs and a few lows of his career, and a tiny bit of a caption underneath, and gone was Dhoni. The Corona-ravaged world was brimming with gloom, and the news did little help for the cricket, and especially, the Dhoni-fanatics. But wasn’t it a case of Dhoni doing a “Dhoni”? That is what the man is!

The cricket-bereft world had all eyes on the Indian Premier League (IPL), which was in the doldrums back at that time. So much so that there were speculations whether it would even be conducted or not. After a near-perpetual series of setbacks, the moment of respite came for all, as the 13th edition of IPL was confirmed. Outside India, behind closed doors, in a bio-secure bubble, none of it mattered as long as we were able to witness arguably the best short-format cricket league in the world.

The edition became a zillion times special, for it meant that the heartbroken and wrenched fans would get to see the apple of their eye playing in the yellow. Finally arrived on the 19th September, and out came their beloved ‘Thala’ to, once again, lead his army. With an aging bunch of eleven, Chennai did well to open their account in the tournament opener against the Mumbai Indians. Cut to the end of the league stage, and let’s say this was not CSK’s year. They found themselves going nowhere, seated at the bottom of the table for the most part.

MS Dhoni – He is not done just yet!

But to write off CSK, the team, and Dhoni, the leader, who both are synonyms of success, after one off-season, would be preposterous. That aside, the questions around MS Dhoni never come to a halt. Players taking his jerseys after the matches was a certain indication that they, much like we all did, considered the 13th edition to be his last. But when does MS do what most think he would?

If he broke millions of hearts by a six-worded caption, he won all of them by just two! “Definitely not”: unarguably the most soothing words any Dhoni-fan ever heard. That’s how Mahi replied to Danny Morrison on being asked whether the fixture against Kings XI Punjab was his last in yellow. He is not done just yet! And he must not be. Not that entries or exits make any difference to the man, he nevertheless deserves a much better one. Not to forget, with international cricket out of his sights, the exit from IPL is, indeed, going to be the final one from the game.

For the first time in a long time, he has given his fans a chance to agree with his off-field decision! It is fine if CSK failed to bring a smile by their performance; their leader erased all the melancholy with a simple “Definitely not.”

MSD’s excellence is not curtailed to his antics in the international circuit, but very much in the IPL too. Fine if it was the worst season for him as a batsman; fine if CSK failed to meet the unreasonably high standard they have set themselves, and fine if they failed making into the playoffs once in eleven appearances. They are the Chennai Super Kings. Led by Mahendra Singh Dhoni. 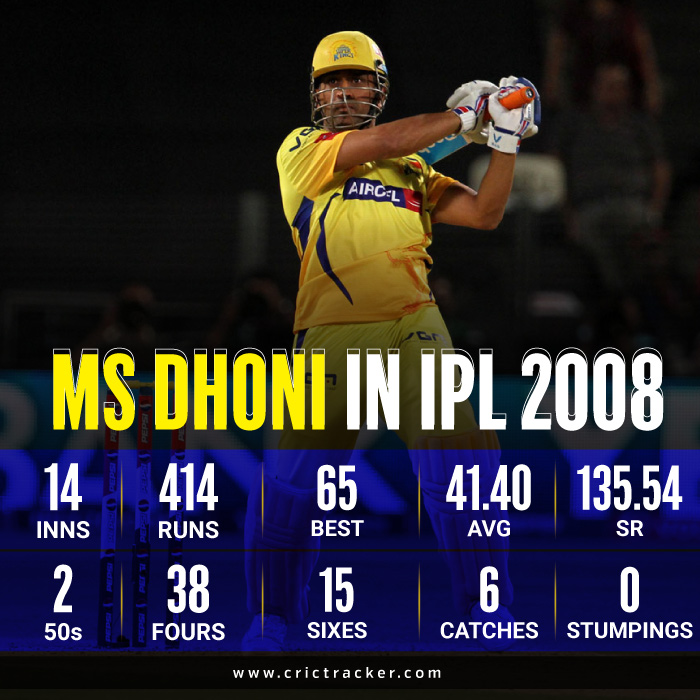 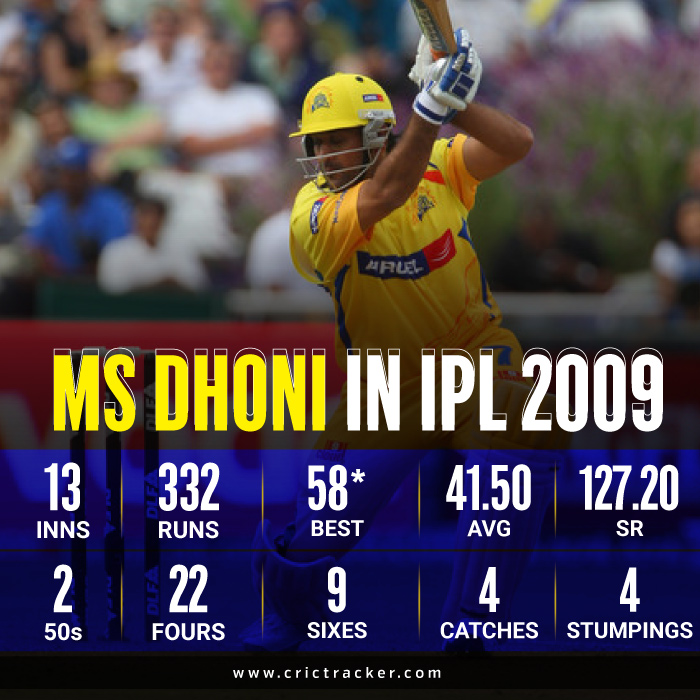 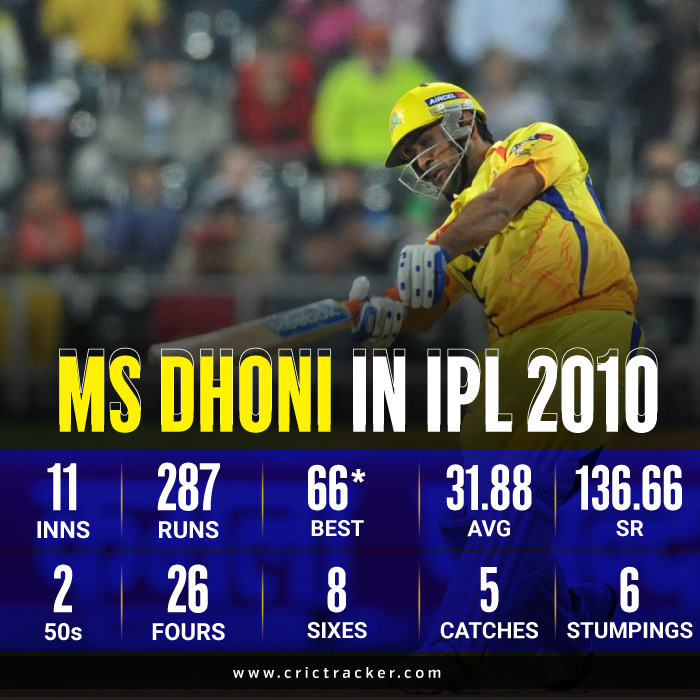 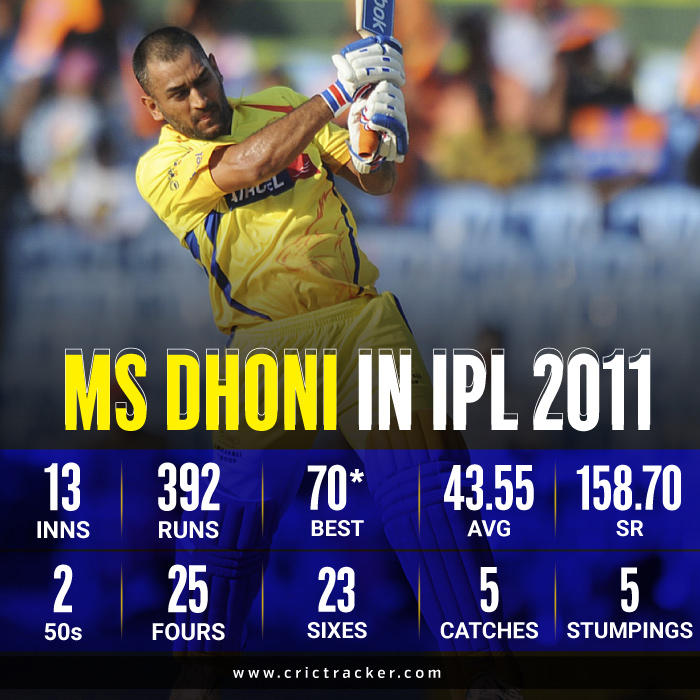 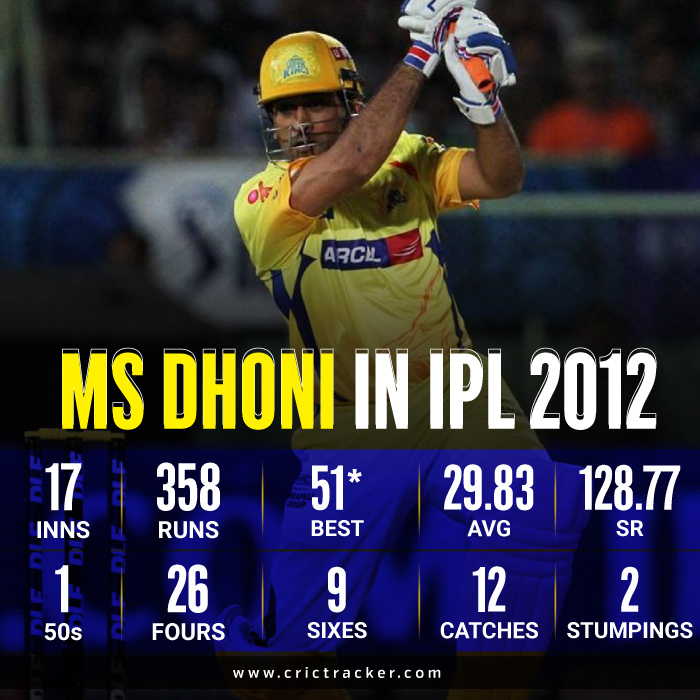 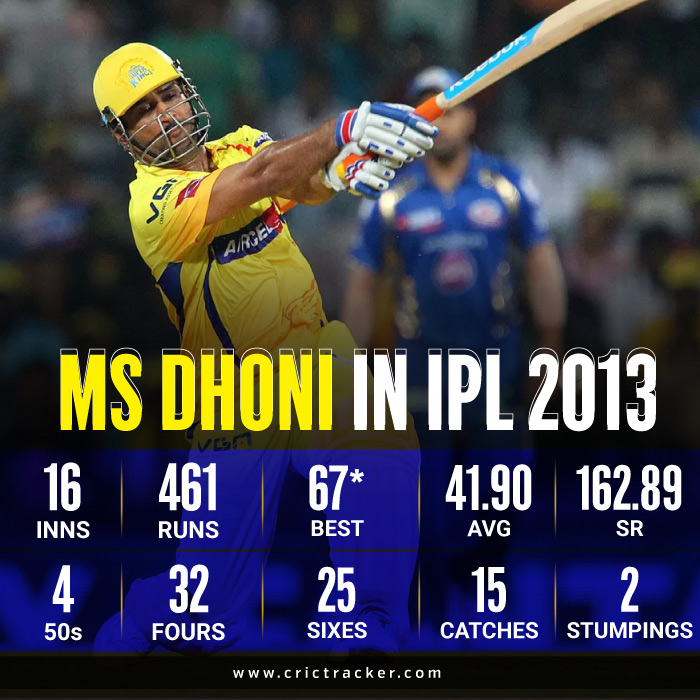 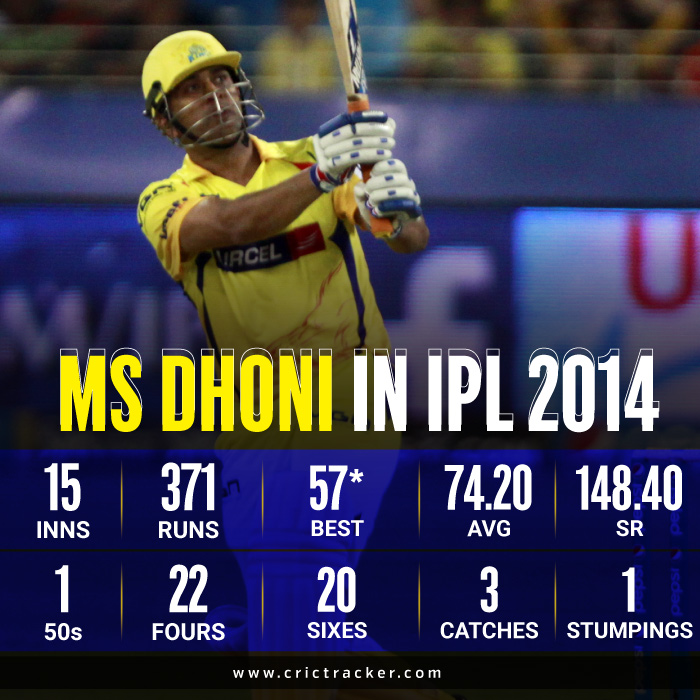 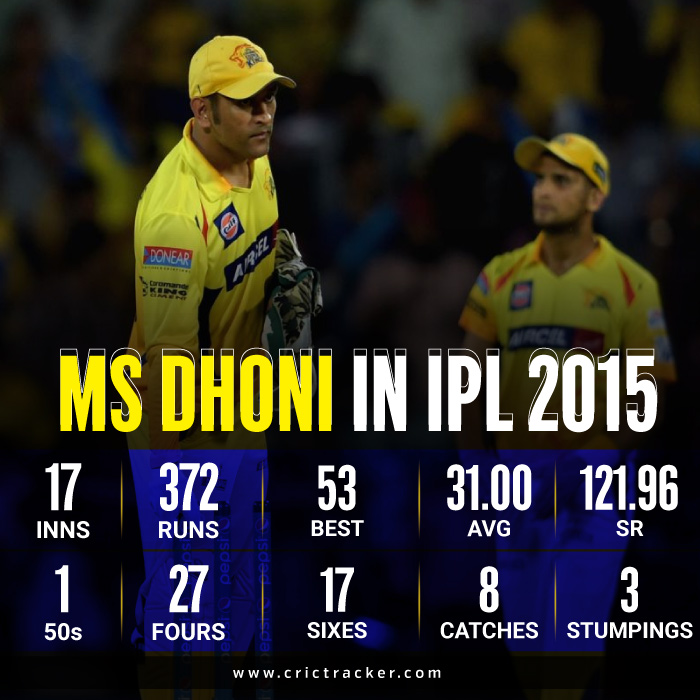 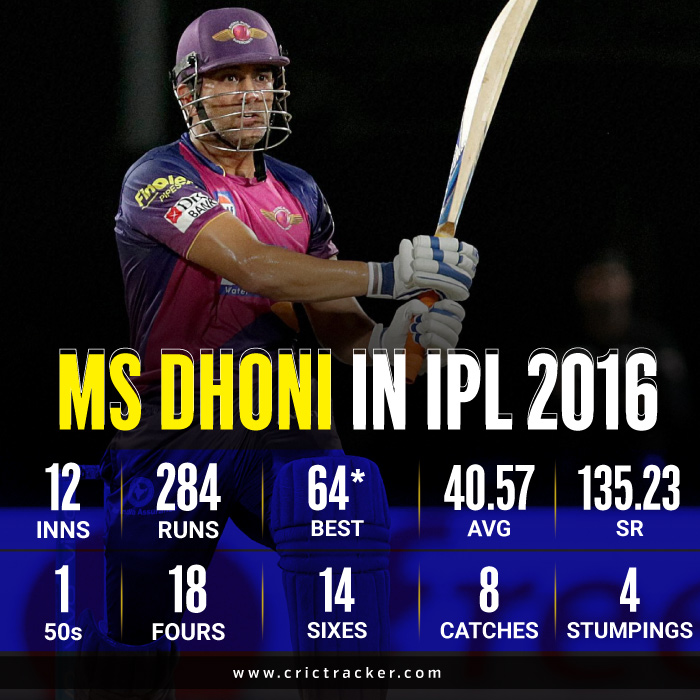 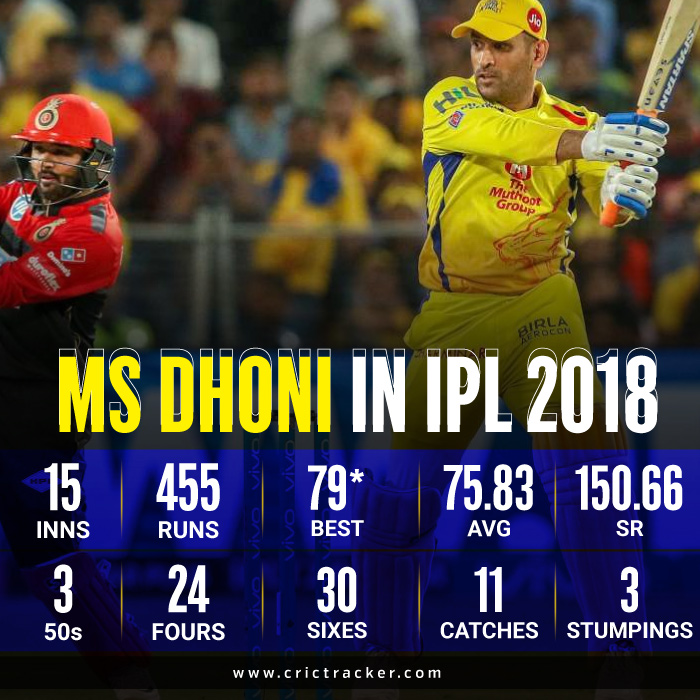 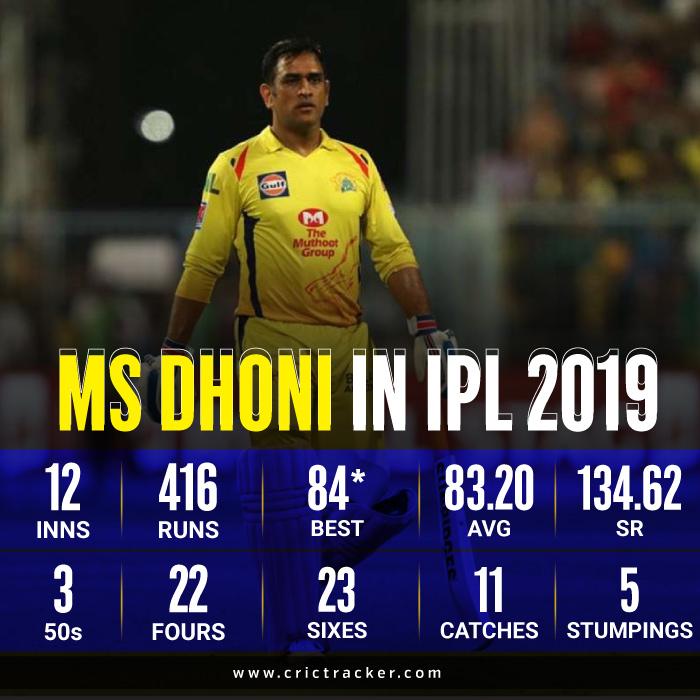 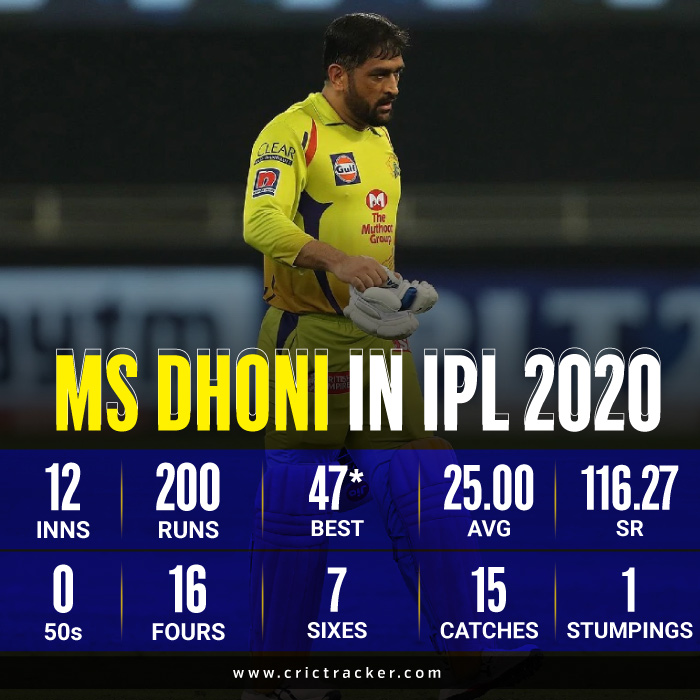