Prithvi Shaw is making his debut against Windies in Rajkot, the venue that marked his FC debut in late 2016.

Prithvi Shaw is one of the very few players who got an opportunity at a young age to prove himself at the international stage for India. Shaw has managed to outclass batsmen around him to become the Indian Test opener. Prithvi has managed to keep up the promise he has shown as an 11-year-old impressing one and all in the Mumbai cricketing circles.

The 18-year-old is set to make his debut in the first Test against Windies in Rajkot, the venue that marked his first-class debut in late 2016. The Mumbai batsman has only 14 matches in first-class cricket under his belt but it is his potential and skill that helped him to gain the faith of the selectors.

Shaw showed consistency irrespective of the format he played in the last two years be it FC, List A, U19 or the IPL. He has already struck seven centuries in his short FC career that led to his International debut less than a year after leading the U19 team to the U19 CWC title.

Youngest players to open the innings for India in Test cricket: 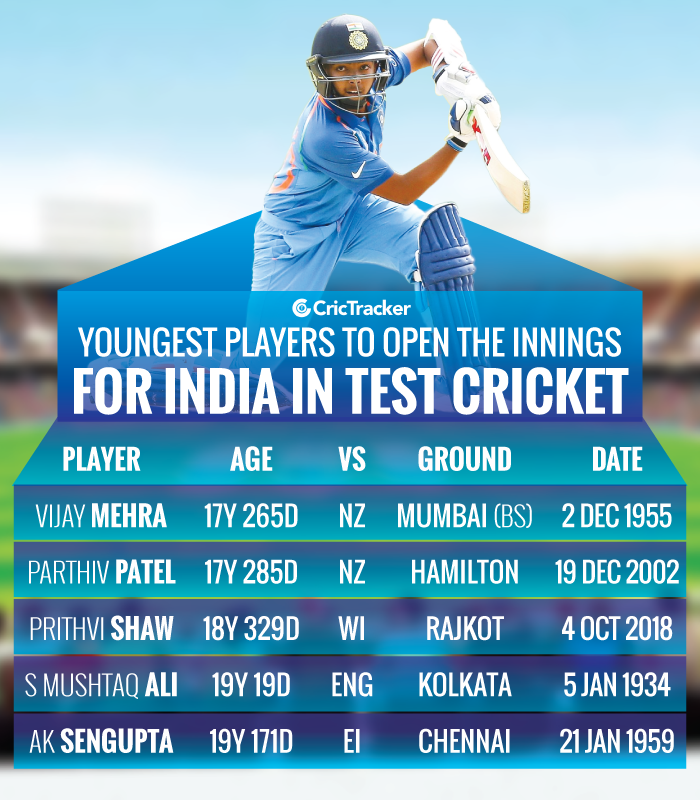 On Thursday, Prithvi will be 18 years and 329 days old making him the third-youngest opener for India in Test cricket. He will be one of the three players to open the innings for India in the longest format before turning 19 and one of the six players before turning 20. Vijay Mehra was only 17 years and 265 days old when he first opened on his Test debut in 1995 against New Zealand in the Brabourne Test match.

Wicketkeeper Parthiv Patel was only 17 years and 285 days old when he was first given the responsibility of opening the innings in Test cricket. He opened the innings in the Hamilton Test also against New Zealand but not on his debut. Shaw will be the second youngest among Indian players to open the innings on Test debut after Mehra. The former player was also the youngest opener on debut in the history of Test cricket.

Youngest players to open the innings for India on Test debut: 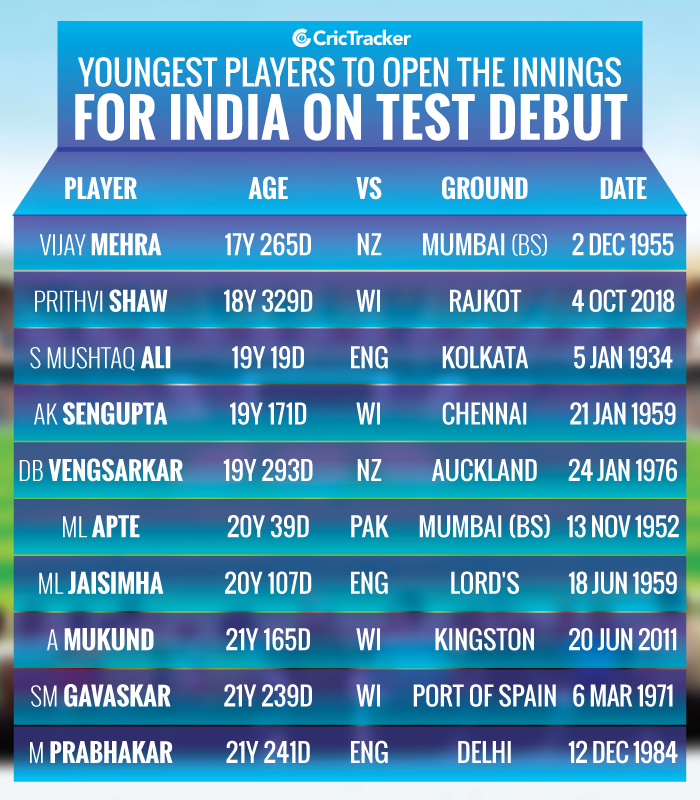