St Lucia Zouks chased down the target of 56 in only 4.3 overs without losing a wicket.

Words fall short to describe the performance that the Guyana Amazon Warriors put up against St Lucia Zouks during the 2nd semi-final of CPL 2020 on Tuesday. It took only 18.1 overs for the St Lucia Zouks to wrap up the match and qualify for the final of CPL for the first time. Guyana’s collapse began in the very first over when top-order batsmen Brandon King and Shimron Hetmyer bagged ducks on successive deliveries in the bowling of Scott Kuggeleijn.

The two wickets left the No.2 seeded Guyana team 0/2 after 0.4 overs of their innings. The spin twins in the form of Mohammad Nabi and Roston Chase bowled seven overs between them and took three wickets at the cost of mere 21 runs. The Amazon Warriors managed to reach the 50-run mark in 11.1 overs for the loss of five wickets. However, they added only four more runs in the next 15 deliveries while losing the remaining five wickets.

The Guyana franchise ended up with a total of 55 after losing their last four wickets without scoring a run. The total of 55 by the Guyana Amazon Warriors is now the 2nd lowest in the history of the Caribbean Premier League. The lowest came in the 2013 edition when the Barbados Tridents restricted Trinidad & Tobago Red Steel (now called as Trinbago Knight Riders) to just 52 in 12.5 overs. 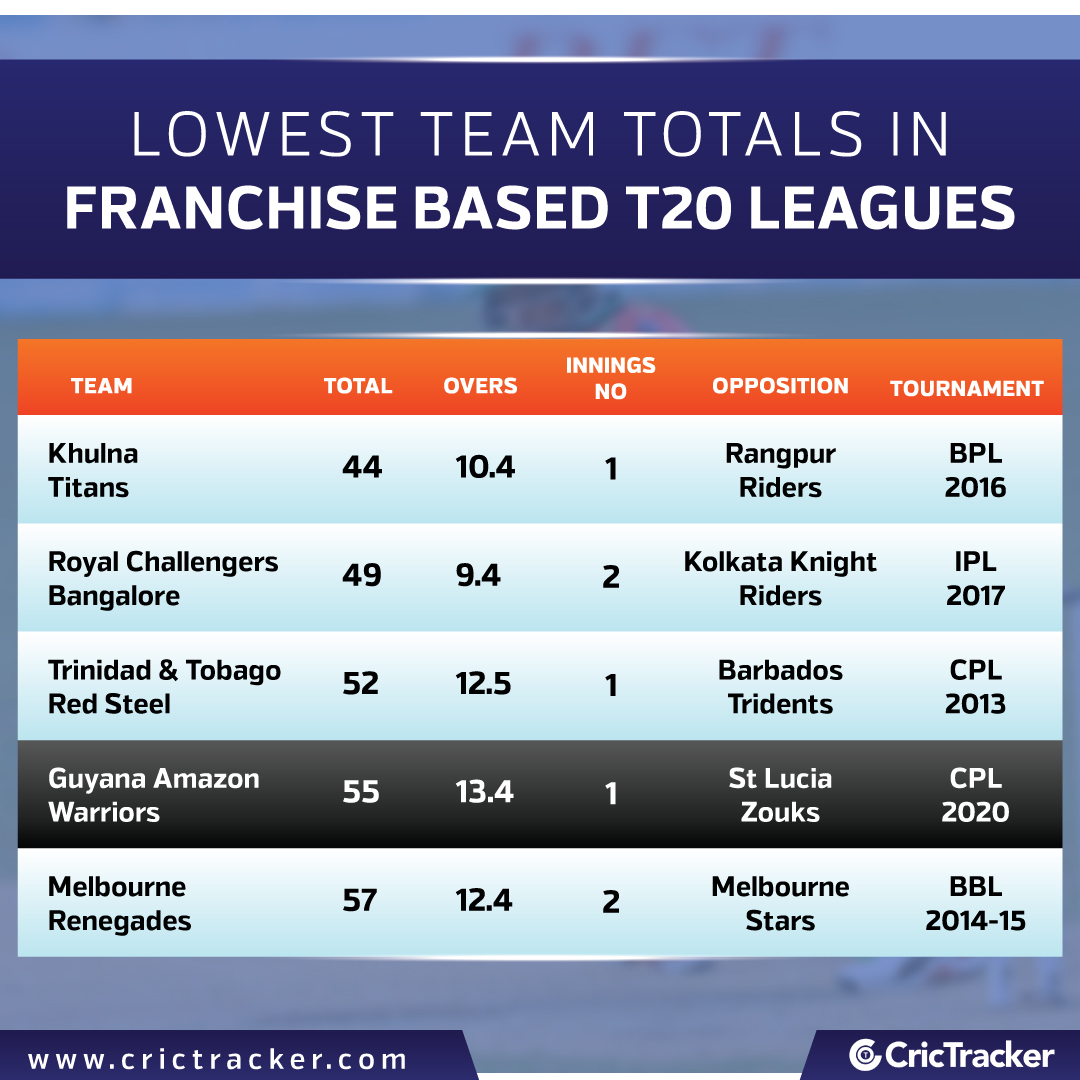 The total of 55 by Guyana finds 4th place in the list of lowest team totals in the franchise-based T20 competitions. The lowest is recorded by the BPL team Khulna Titans who were bundled out for only 44 runs in 2016. The total was way too less for the St Lucia openers, Rahkeem Cornwall (32* off 17) and Mark Deyal (19* off 10) who chased it down in only 4.3 overs. Thus, they recorded the biggest win in the history of CPL in terms of balls to spare.

The record was held by St Kitts and Nevis Patriots when they chased down a target of 129 in just seven overs against Barbados Tridents in the 2017 edition. St Lucia’s victory was also the biggest in terms of balls to spare in any franchise-based T20 league match. In this process, they broke a long-lasting record held by Mumbai Indians as they chased down the target of 68 with as many as 87 balls to spare during the 2018 season game against KKR. 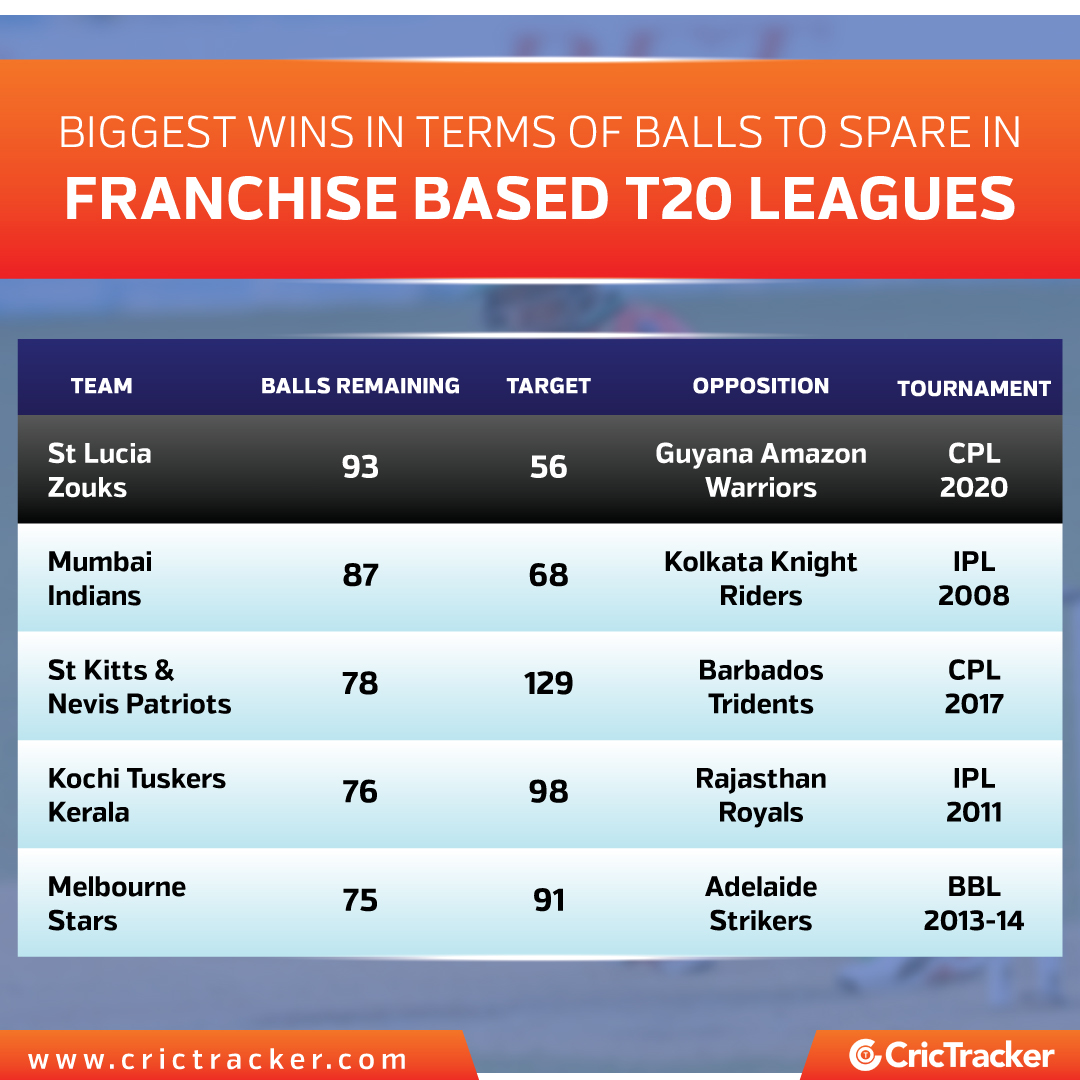