Stats: Virat Kohli and his pattern of dismissals to the spinners in the IPL

Stats: Virat Kohli and his pattern of dismissals to the spinners in the IPL

Virat Kohli was dismissed eight times to the spin bowlers during the 2018 IPL.

Virat Kohli’s performances in the IPL will not only be crucial for the Royal Challengers Bangalore but also for the Indian team as this will be his last assignment before the World Cup. The Indian captain has had his share of struggles against the spinners over the last 12 months. This is an alarming sign for the Indian team as Kohli will be handling the spinners during the middle-overs while batting at No.3 or No.4 during the World event in England.

Since 2018, Virat has been dismissed on ten occasions to the spinners in the IPL, the most dismissals to spin for any player in this period. The RCB captain has a lowly average of 23.5 against the spin bowlers in this span but has scored 373 runs against the pacers at 74.6. The staggering fact about Kohli’s record against the spinners in the IPL is that he was dismissed on ten occasions to them between 2012 and 2017 where he scored 1134 runs. 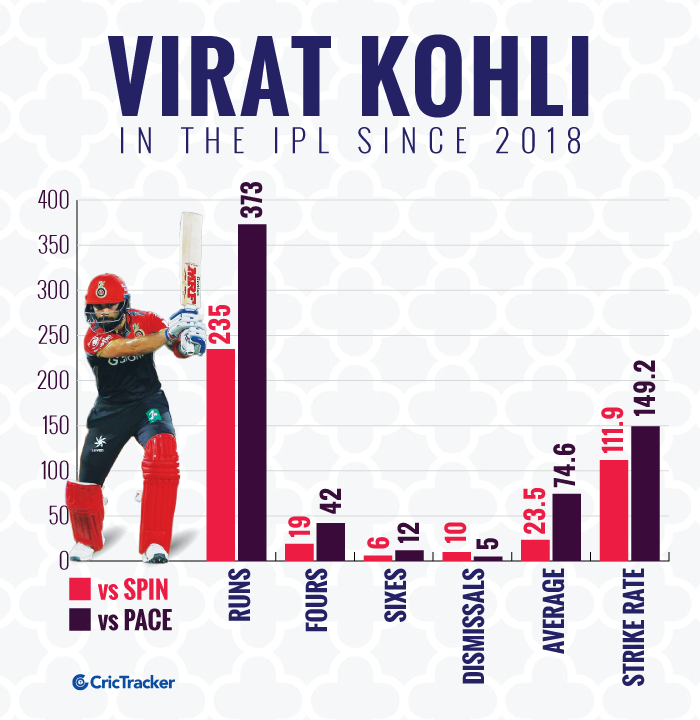 The pattern has been extended into Internationals too as he was dismissed by the spinners more often than ever in the ODI format in the last 7-8 years. Between 2012 and 2017, Kohli was never dismissed stumped in International cricket but got out in such a fashion twice in two ODI series last year. He was seen troubled by the leg-spinners Adil Rashid and Adam Zampa in the past one year wherever he faced them 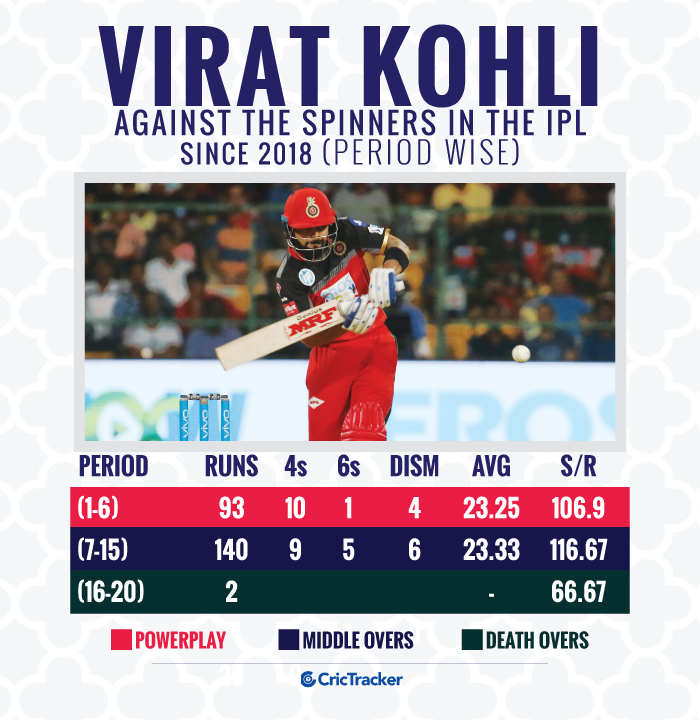 In the IPL too, he has registered four dismissals to the leg-spinners since 2018 by scoring 87 runs. The current No.1 ODI and Test batsman has been contained by the off-spinners in the powerplay overs. Krishnappa Gowtham did the same in the previous game for the Rajasthan Royals by conceding 13 off 12 balls. The scoring rate pressure got him to drive Shreyas Gopal who bowled googlies to dismantle Kohli’s stumps. 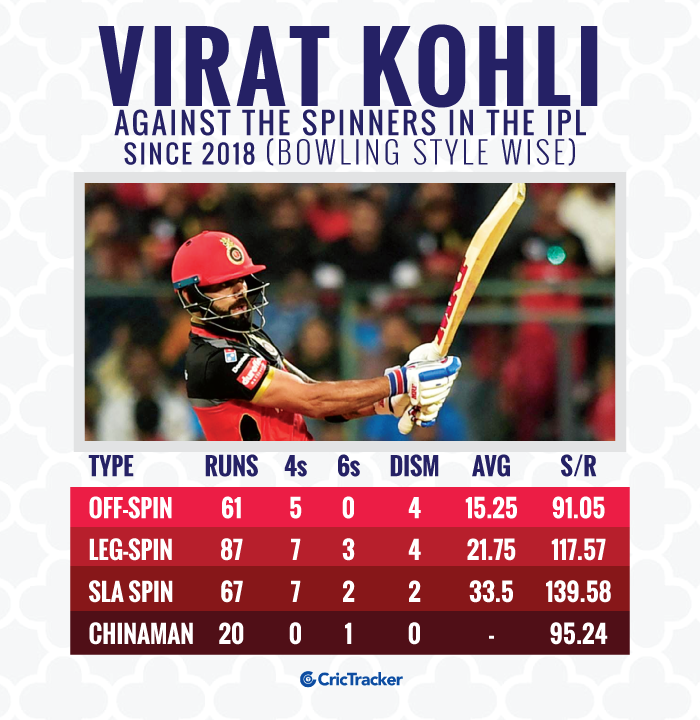 Left-arm wrist spinners (Chinaman) are the only type of bowlers against whom Kohli has not been dismissed in his IPL career thus far. However, given his recent struggles, that day doesn’t look any far. As RCB lost all the four matches they played in this season, Kohli needs to bring out his best to hand his team their maiden win of this IPL. However, they will be up against Kolkata Knight Riders, a spin-dominated attack.

Kohli does possess decent numbers against the KKR’s spin trio as he collectively scored 193 runs against them at the cost of five dismissals. His approach against them could be the decisive factor in the crucial game for the Bangalore franchise. There is no doubt that Kohli is one of the quick learners from his issues but he needs to do that as early as possible keeping the World Cup in the mind. 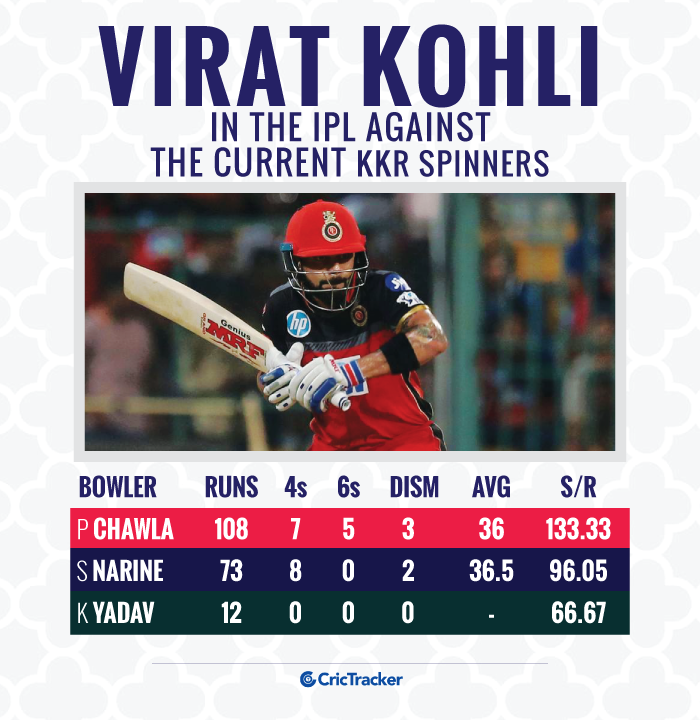