Virat Kohli completed the milestone when he went past his individual score of 27.

Virat Kohli has maintained his immense consistency as the Indian captain hit his 2nd straight century against Australia in the ongoing 5-match ODI series. He punched a 95-ball 123 with help of 16 fours and a six while chasing a target of 314. During the 2nd ODI game in Nagpur, Kohli became the fastest player to 9000 runs in International cricket. He thus bettered the record held by Ricky Pointing taking 45 innings fewer than that of the former Australia skipper.

With the century in Ranchi, Kohli got to yet another milestone as a captain. The run machine completed 4000 runs in the ODI cricket as captain. He just needed 27 more runs before the game. It was a matter of time before he became the fastest to this milestone having got there in just 63 innings; 14 less than AB de Villiers. A total of 12 players have scored 4000 ODI runs as captain but only Kohli and ABD got to it in less than 100 innings.

Quickest to 4000 runs as captain in ODI cricket: 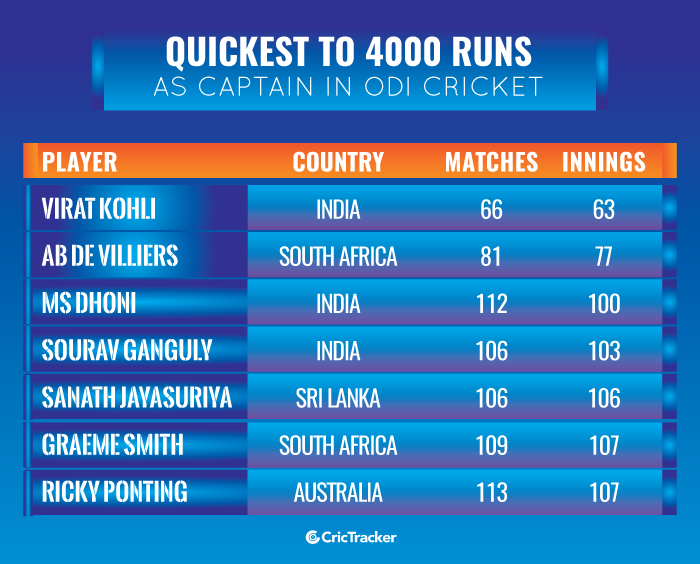