Virat Kohli scored 82 runs out of the 92 runs India added for the last two wickets.

India’s first innings in the first Test was all about Virat Kohli, as the skipper struck a superlative 149 surviving some tough spells from the England pacers. He played a crucial role in crunching down the deficit to mere 13 runs as his knock helped India to make 274 in response to England’s 287. Kohli found himself short of support from the other end when he arrived at the crease when Sam Curran ripped through India’s top three.

However, batting with the No.10 and No.11, Kohli took India’s total from 182/8 to 274/10. Kohli alone scored 82 runs out of the 92 Team India added for the last two wickets. His stay came to an end one short of 150, a score which Kohli has touched eight times in his previous ten Test centuries. He accounted for 54.38% of the team’s total as no other batsman could even get past the 30-run mark. The 2nd best score in India’s innings was 26 by Shikhar Dhawan.

Highest individual Test scores when no other batsman scored 30+: 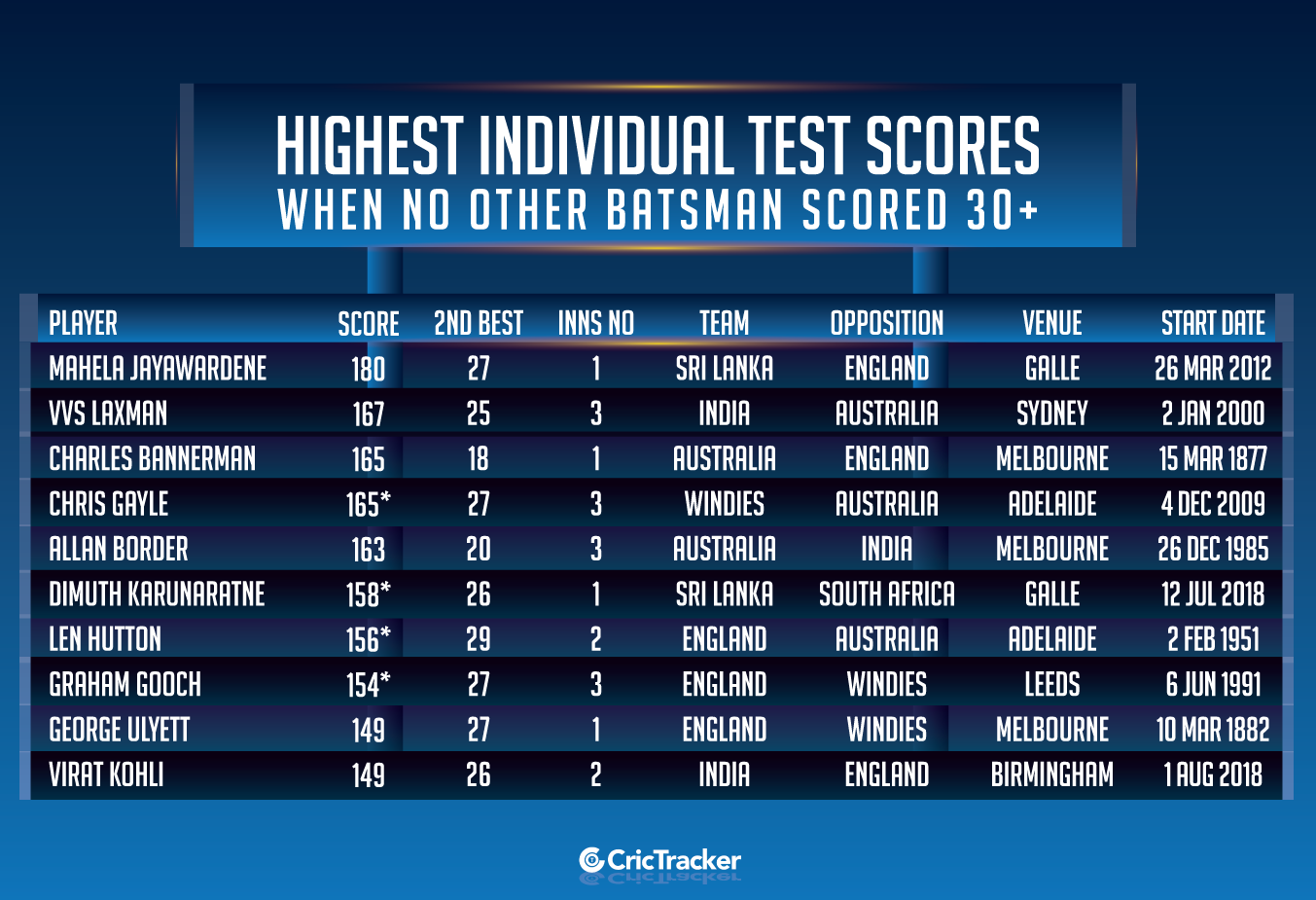 Kohli’s 149 is the 10th highest individual score in Test cricket where no other player got to 30 in a completed inning. Mahela Jayawardene scored 180 in the Galle Test match against England in 2012 where the 2nd highest individual score of Sri Lankan innings was 27. VVS Laxman scored 167 against Australia in the 2000 Sydney Test where no other batsman scored more than 25 runs. Laxman and Kohli’s are the only Indians in the list.

Earlier this year, the current Indian skipper had scored 153 against South Africa in the Centurion Test match where the 2nd highest individual score in the innings was just 46. It is the 4th highest score by an Indian in a completed innings when no other batsman scored a fifty. Kohli’s 149 in the ongoing Birmingham Test finds the 5th place in this list. Virender Sehwag’s 195 against Australia in the Boxing Day Test match in 2004 at the MCG tops the Indian list.

Highest individual Test scores when no other batsman scored a fifty for India: 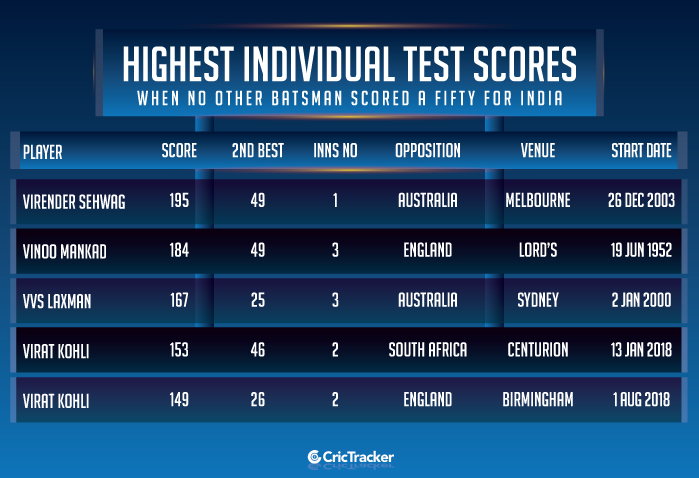