Yusuf Pathan completed quite a few personal milestones during this edition of the IPL.

Sunrisers Hyderabad brought best out of their bowling attack defending low totals that were possible only due to the contributions from the middle and lower order after their top order queued to the pavilion. The performances of Yusuf Pathan have turned out to be invaluable for the franchise. The all-rounder scored 145 runs in six innings standing only behind Kane Williamson (259) and Shikhar Dhawan (146) among the SRH batsmen. In this process, Yusuf also achieved quite a few personal milestones in the IPL of IPL.

Williamson and Yusuf’s knocks were the reason SRH nearly clinched the game against CSK. The 35-year-old scored 45 off 27 balls with four sixes and a four. The 3rd six Yusuf hit in the game was his 150th six in the IPL making him the 8th player to hit 150+ IPL sixes. Yusuf made 29 batting with the lower order in the away game against MI to push the total to 118 which was enough for SRH bowlers. His 21* against KXIP also turned out to be crucial at the end as the home side successfully defended 132. 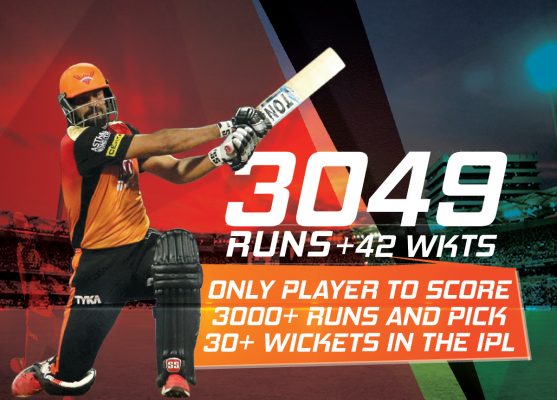 Yusuf Pathan completed 3000 runs in his IPL career with the first run he scored in the game against MI. Thus, he became the 13th player to complete 3000 runs in the IPL but the first with 3000 runs and 30+ wickets in the history of the league. Yusuf bagged 42 wickets in IPL with his off-spin but is yet to roll his arm in this edition. Among the remaining 12 players with 3000 IPL runs, Suresh Raina has got the most number of wickets as he took 25 wickets in his IPL career so far.

Sunrisers Hyderabad is the 3rd team that Yusuf Pathan represented in the IPL after Rajasthan Royals in the first three seasons and Kolkata Knight Riders in the previous seven. Yusuf made his SRH debut against Rajasthan Royals which was marked to be his 150th match in the IPL. Interestingly, the elder Pathan didn’t get a chance to bat or bowl in his milestone game. 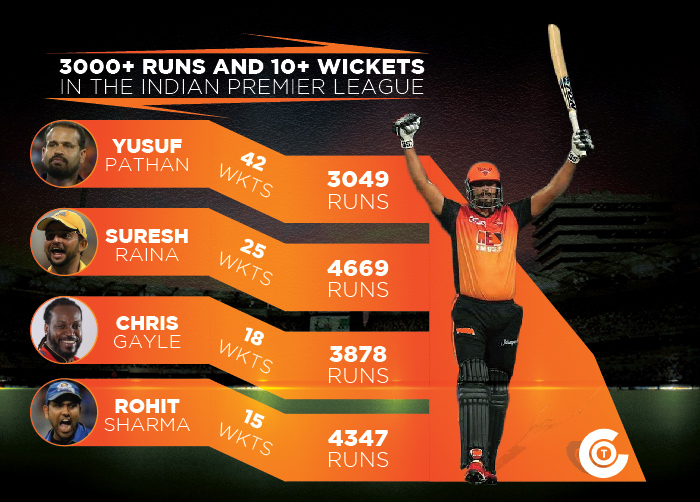