On the occasion of Steven Smith’s 29th birthday, we look at his major achievements in International cricket thus far.

At the age of 20, Steve Smith walked into the Australian national team as a young leg-spinner who could score a few runs in the lower-order. The right-hander gradually became a top-order batsman and in no times was escalated to the position of Australian captain in all three formats.

Smith dominated the longer format as he became the undisputed No.1 batsman in the ICC rankings for nearly three years. The Australian hero might have been banned by Cricket Australia for a year following his involvement in the ball-tampering saga, no one can take away the fact that he’s already made a mark in International cricket.

On the occasion of Steve Smith’s 29th birthday, we look at his major achievements in International cricket thus far:

15 – Smith scored 15 centuries in the Test cricket as captain which are the joint 3rd most for any player. Only Graeme Smith (25) and Ricky Ponting (19) have scored more Test tons as skipper.

20y 343d – At the age of 20 years and 343 days, Steven Smith was the youngest Australian to receive a Man of the Match award in an ICC Tournament game. He was awarded the MoM in the 2010 WT20 game against Windies where he took 3/20 in his four overs. 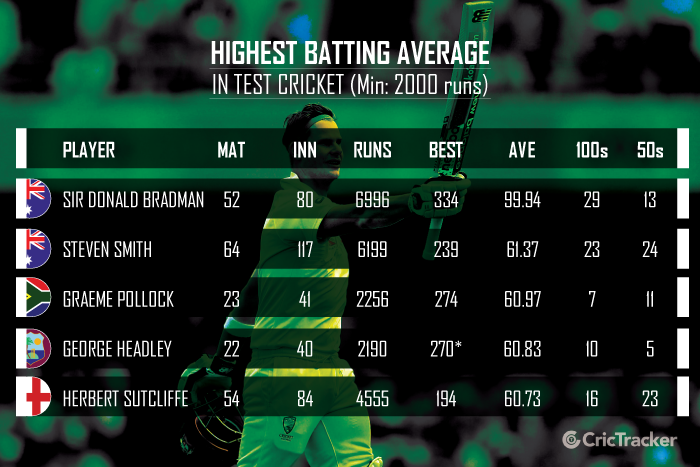 61.37 – His batting average of 61.37 is the 2nd highest for any player in Test cricket. Among the players who’ve scored 2000 runs in this format, only Sir Donald Bradman (99.94) has a higher batting average than Smith.

79 – Smith is the quickest to reach 3000 runs in ODI cricket among Australians. He got to the milestone in 79 innings to better Michael Bevan who needed 80 innings.

232 – Smith became the joint 6th fastest and the fastest Australian to complete 10000 runs in International cricket as he needed only 232 innings to get the runs. 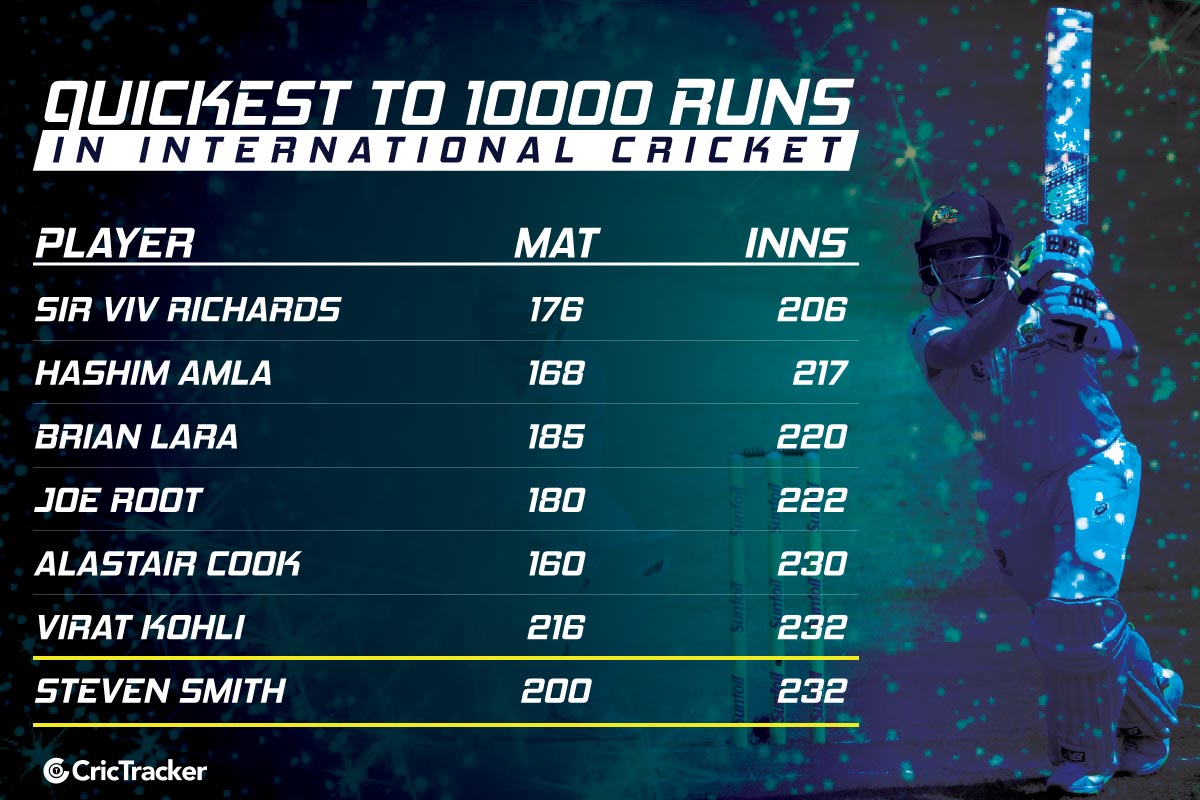 947 – Smith’s rating of 947 as a batsman in ICC Test rankings after the 2017 MCG Test against England is the 2nd highest rating ever achieved by any player in any format and any category. Sir Donald Bradman touched the highest of 961 rating points in 1948.

Smith’s 5004 Test runs across those four calendar years are the 2nd most number of runs for any player across four consecutive calendar years. Ricky Ponting scored 5077 Test runs between 2003 and 2006.