Jason Sangha is a good captaincy option for this encounter.

Sydney Thunder will take on the Hobart Hurricanes in the 47th Match of the Australian T20 Bash. Both these sides are occupying the top half of the points table.

While the Thunder outfit is stationed at the 2nd place, having emerged victorious in 8 out of their 11 games, the Hurricanes are placed at the 4th spot, having won 5 out of their 11 rubbers. When these two sides met each other last time, Sydney Thunder thrashed Hobart Hurricanes by 9 wickets.

The pitch is a good one for batting, and the batters will get value for their shots. Winning the toss and batting first would be a good option on this pitch.

Jason Sangha has been in blazing form in the tournament and has scored 329 runs in 8 innings at an average of 65.80.

Daniel Sams has prized out 15 willow wielders in the competition and has taken his wickets at a strike rate of 15.60. He will hold the key for his side with the ball in hand.

Ben McDermott is the leading run-getter in the tournament and has walloped 495 runs at an excellent strike rate of 156.15. McDermott will look to assert his dominance with the willow early on. 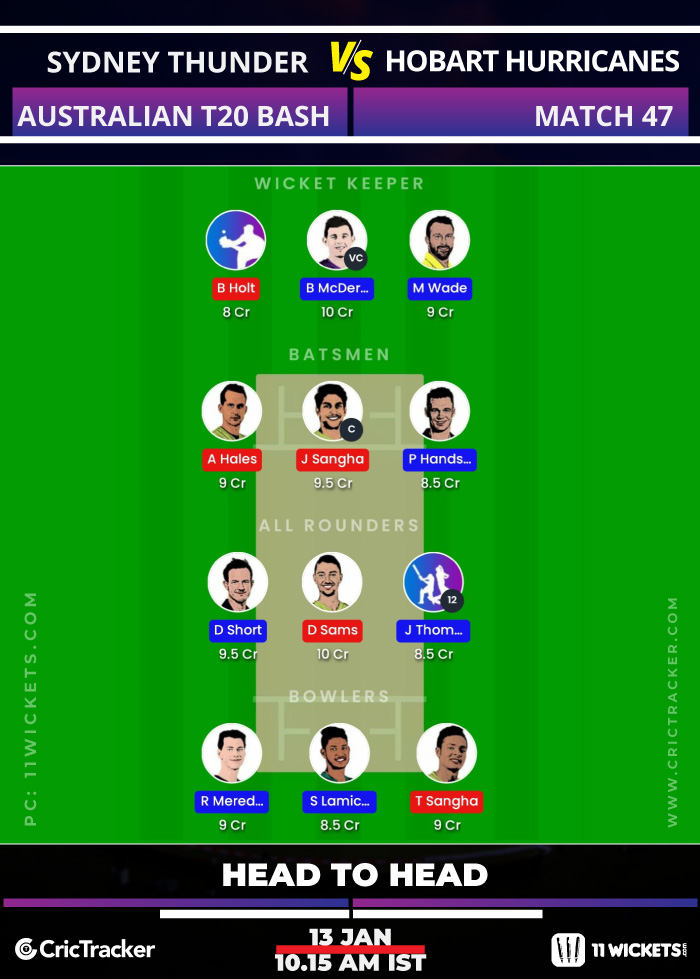 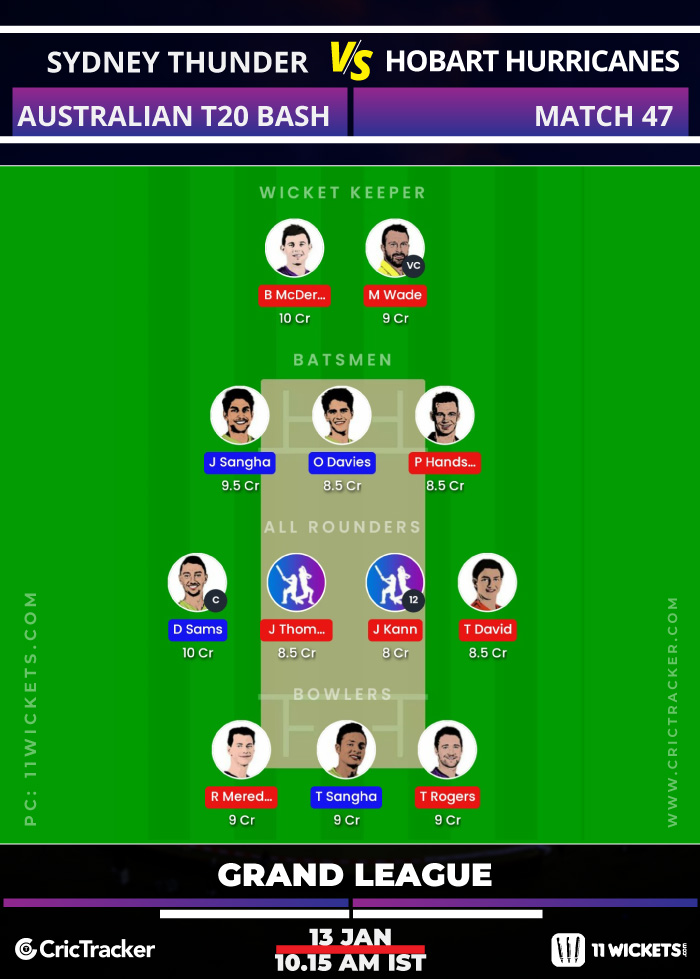