Khalil Jalali is a good captaincy option for this match.

Stockholm CC will clash swords with the Pakistanska Forening in match no. 5 of the ECS Sweden T10 tournament. This match is scheduled to be played on 19th July 2021.

The venue for this match will be the Norsborg Cricket Ground in Stockholm, and the match will begin at 12:30 PM IST.

Defending champions Pakistanska Forening have made a stellar start to the season, registering victories in their first two games. One of their victories also came against Stockholm CC and they would be determined to replicate their heroics. Speaking of that encounter, the Forening side posted 97/6 while batting first. Sameer Ali Khan and Mohammed Vajjih Ali played brilliant cameos.

Chasing the challenging total, Stockholm CC never really looked in the contest. Their top order failed terribly as they were restricted to 18/3 at one stage. Shiva Arsi and Manoj Tomar tried to make a fightback but the duo could only decrease the margin of defeat.

Captaincy Picks for STO vs PF:

The dasher has played a couple of impressive cameos this season and Pakistanska Forening would be counting on him. Jalali is known to go after the bowlers from the outset and his ability to play shots all over the park makes him an even greater headache for bowlers. Notably, Jalali made a match-winning 31 in Pakistanska Forening’s opening game this season.

Another player to watch out for in this game is Sameer Ali Khan. As mentioned above, Sameer played a brilliant knock in Pakistanska Forening’s recent meeting with Stockholm. Batting at number four, the swashbuckler made 30 off 20 balls as his side advanced to a match-winning total.

Fan2Play Fantasy Cricket Tips for FOR vs STO 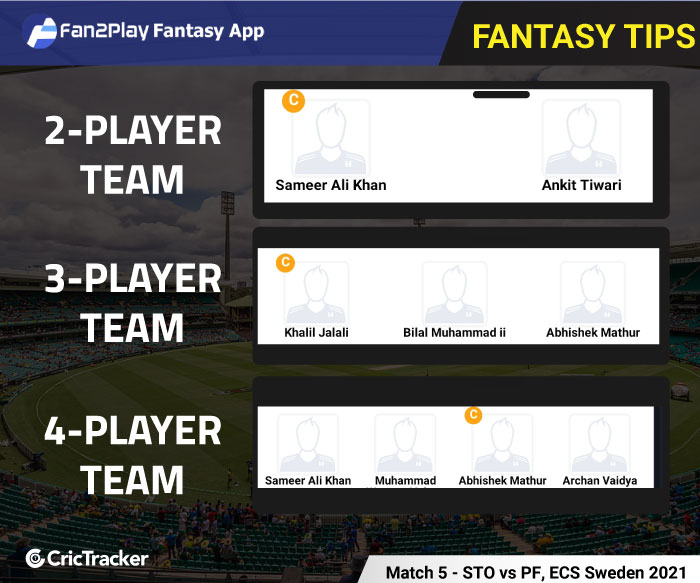 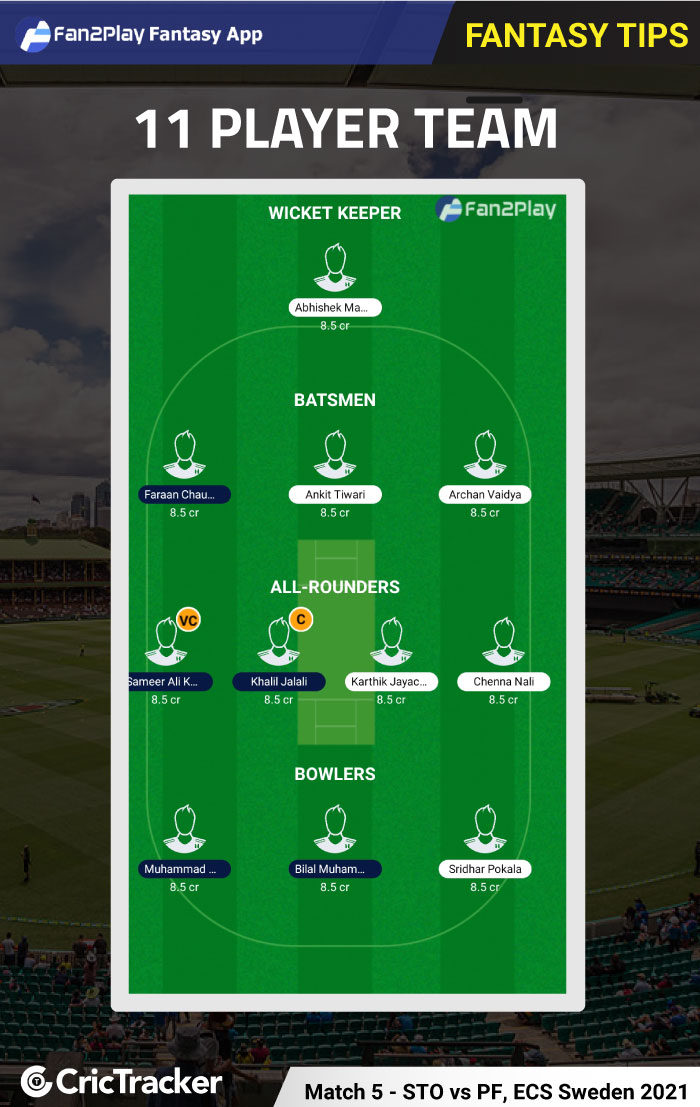