Archan Vaidya is a good captaincy pick for this contest.

Stockholm will lock horns with Umea will take on the side in match no. 13 of the ECS Sweden T10 tournament. The encounter takes place at the Norsborg Cricket Stadium.

Both these sides haven’t enjoyed a fruitful campaign so far and would like to put up a substantial show in this contest. Stockholm are third in the Group A team standings, having won just one of their four games. They looked pretty impressive during their 68-run triumph over Forenom Royals but their remaining outings haven’t been great.

On the other hand, Umea’s case is even worse. They are currently reeling at the rock bottom of the team standings, having lost their first two games. Umea must find a way to go up the team standings before it’s too late.

Captaincy Picks for STO vs UME:

Archan Vaidya has been one of the few bright lights in Stockholm’s rather dismal campaign so far. The swashbuckling opener tends to go after the bowler from the outset and staying at the crease for long isn’t a major concern for him either. Vaidya recently played a brilliant 35-run cameo against Botkyrka and he won’t mind playing a similar or even more effective knock.

Hani Hassan is another player to watch out for in this contest. The pacer has a happy knack of taking regular wickets and his ability to control the run flow in the middle overs makes him even more lethal. So far, Hassan has scalped three wickets in two games at a magnificent economy rate of just seven. Hence, Stockholm batsmen must be aware of the fast bowler. 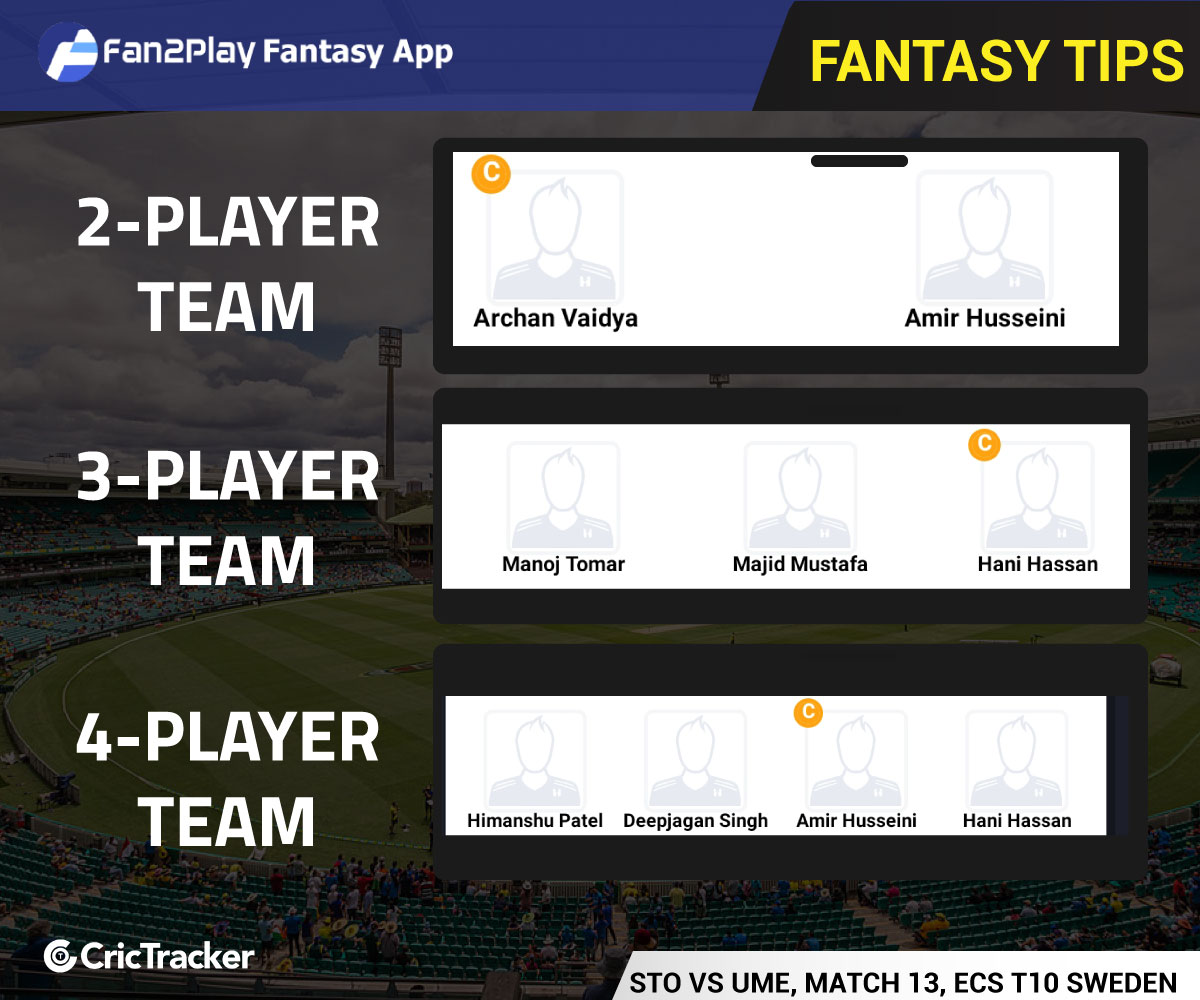