Brisbane Heat are expected to make it to the top 4 by beating Adelaide Strikers. 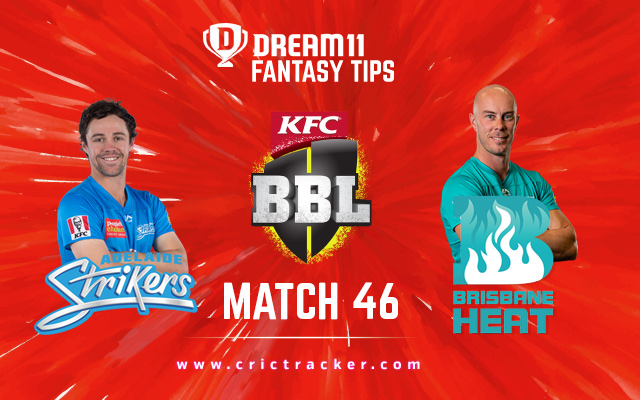 The 46th match of the Big Bash League (BBL) 2010-21 will be played between the Adelaide Strikers and Brisbane Heat at the Adelaide Oval in Adelaide.

Adelaide Strikers and Brisbane Heat are both placed outside top 4 currently, and they can only blame their inconsistency for that. Not that either of them have played poor cricket in this competition, but they both have lacked the consistency needed to nail a place down in top 4.

The two teams have a lot of similarities – they have won 5 and lost 6 games, and in their last 4 games, they both have won 2 and lost 2 games. The third similarity is – both teams have significant names missing as they were in the national squad, but they have come back now and hence this sets up for a potential cracker of a contest.

Fans in Adelaide will certainly enjoy tomorrow’s weather, as it will be bright and sunny. The temperature will be around 28 °C and chances of rain are negligible.

The track here at the Adelaide Oval is a perfectly balanced one. Any score above 160 should be competitive enough to defend here.

For Adelaide Strikers: Travis Head and Michael Neser are back from the Australian squad.

For Brisbane Heat: Mitch Swepson and Marnus Labuschagne are back from national duties.

Chris Lynn has made great use of this competition to let the national selectors know why he still is one of the most dangerous batsmen of this format. He has scored 300 runs at an average of over 40.

For the Strikers, Alex Carey has been the most promising performer with the bat. He has scored 280 runs at an average of over 30 and a strike rate of nearly 120.

Mark Steketee has consistently bowled match-winning spells for the Heat. He has picked up 18 wickets and has an economy rate of under 9 runs per over.

Jack Wildermuth has not been very impressive with the bat, having scored only 72 runs, but he has made up for it with his clever bowling. Wildermuth has picked up 12 wickets.

For the Strikers, Wes Agar has been the best performer with the ball. He has picked up 17 wickets and has an economy rate of under 8 runs per over. 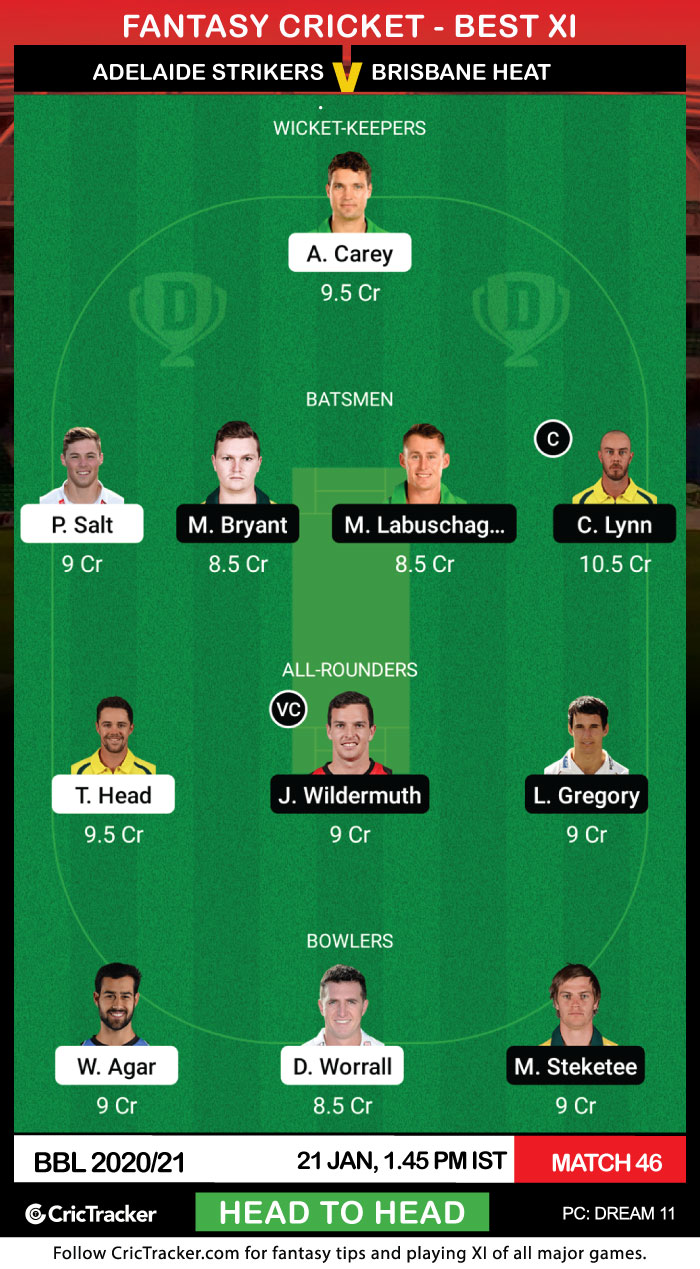 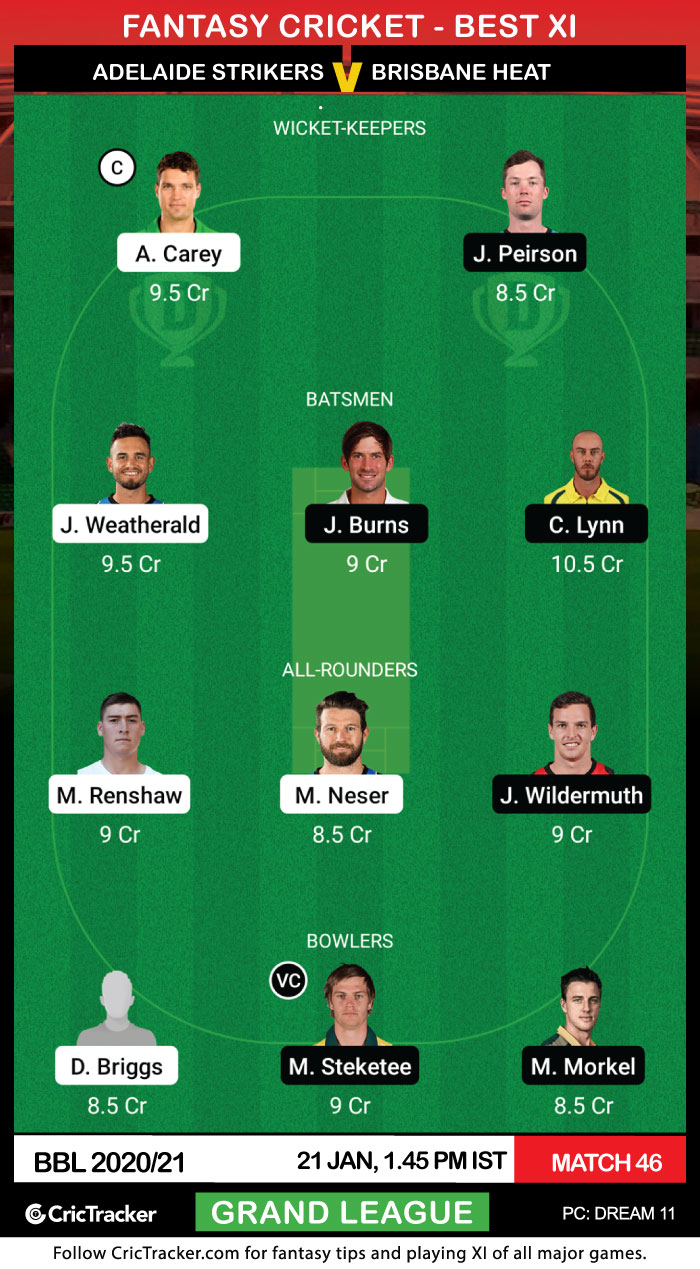 Marnus Labuschagne had a great series against India, where he was Australia’s leading run-scorer. He can be clever budget pick at only 8.5 Cr.