Joanne Gardner can turn out to be a good captaincy pick.

The 3rd match of the Rachael Heyhoe Flint Trophy will take place between the Sunrisers and South East Stars. The match will commence at 3:00 PM IST and will be played at the Country Ground in Chelmsford.

Two teams that did not have a successful run in the 2020 edition of the Rachael Heyhoe Flint Trophy will battle against each other on 29th May 2021. The South East Stars could only muster 2 wins in the 6 matches that they played in the previous edition of the tournament.

The Sunrisers experienced an abysmal run last year and lost all the 6 matches that they contested. Surely, both these sides will look to put their disappointing run in the tournament last year behind them and produce better performances in the 2021 edition.

Captaincy Picks for SUN vs SES

The Sunrisers side will once again look to Joanne Gardner to deliver this year as well. Gardner was in good form in the 2020 edition of the tournament and scored 193 runs in 6 innings at a decent average of 32.16.

Tash Farrant was in good form with the ball for the South East Stars last year. The left-arm pacer picked up 9 wickets in the 2020 season and picked them up at an average of 19.66. 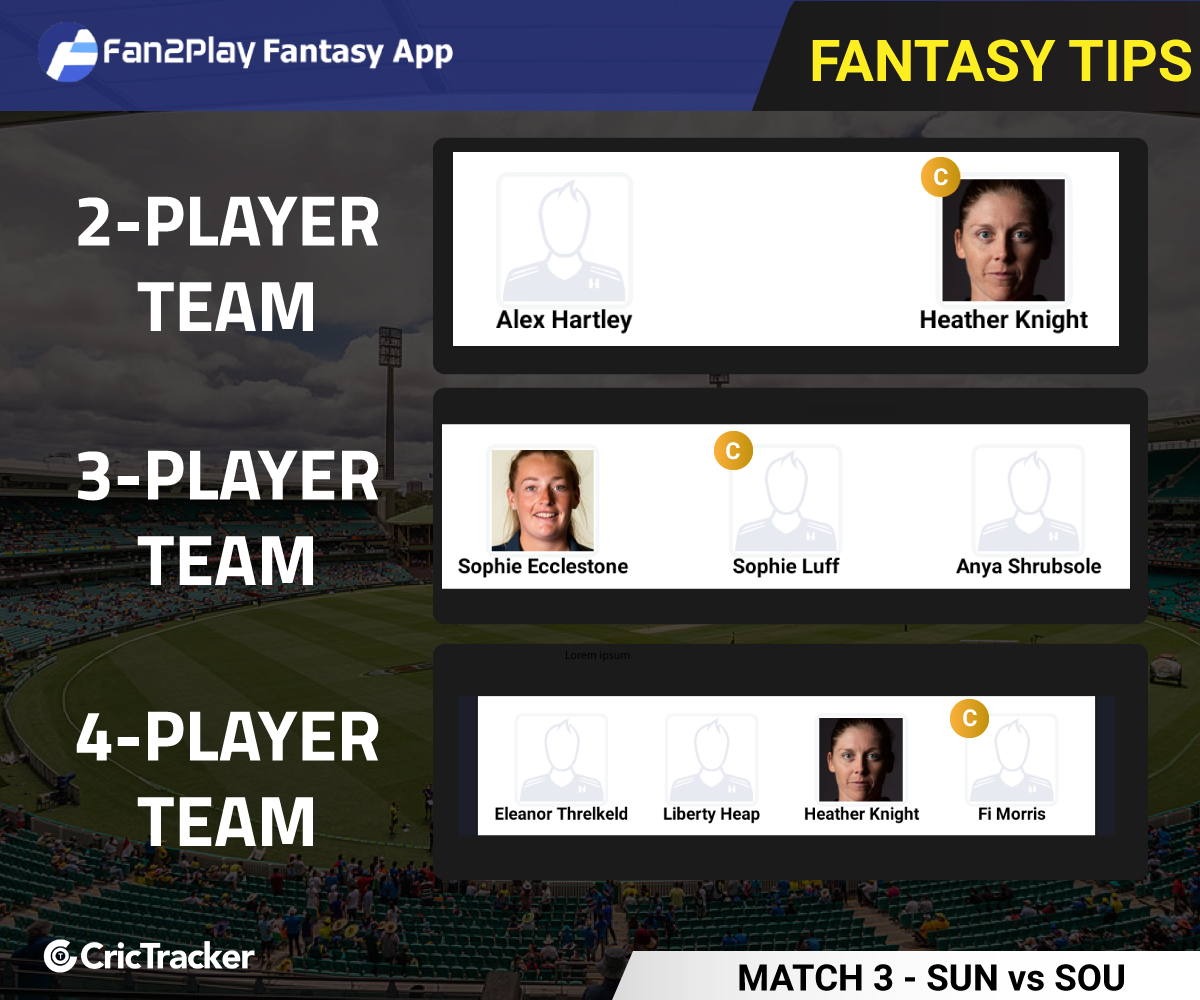 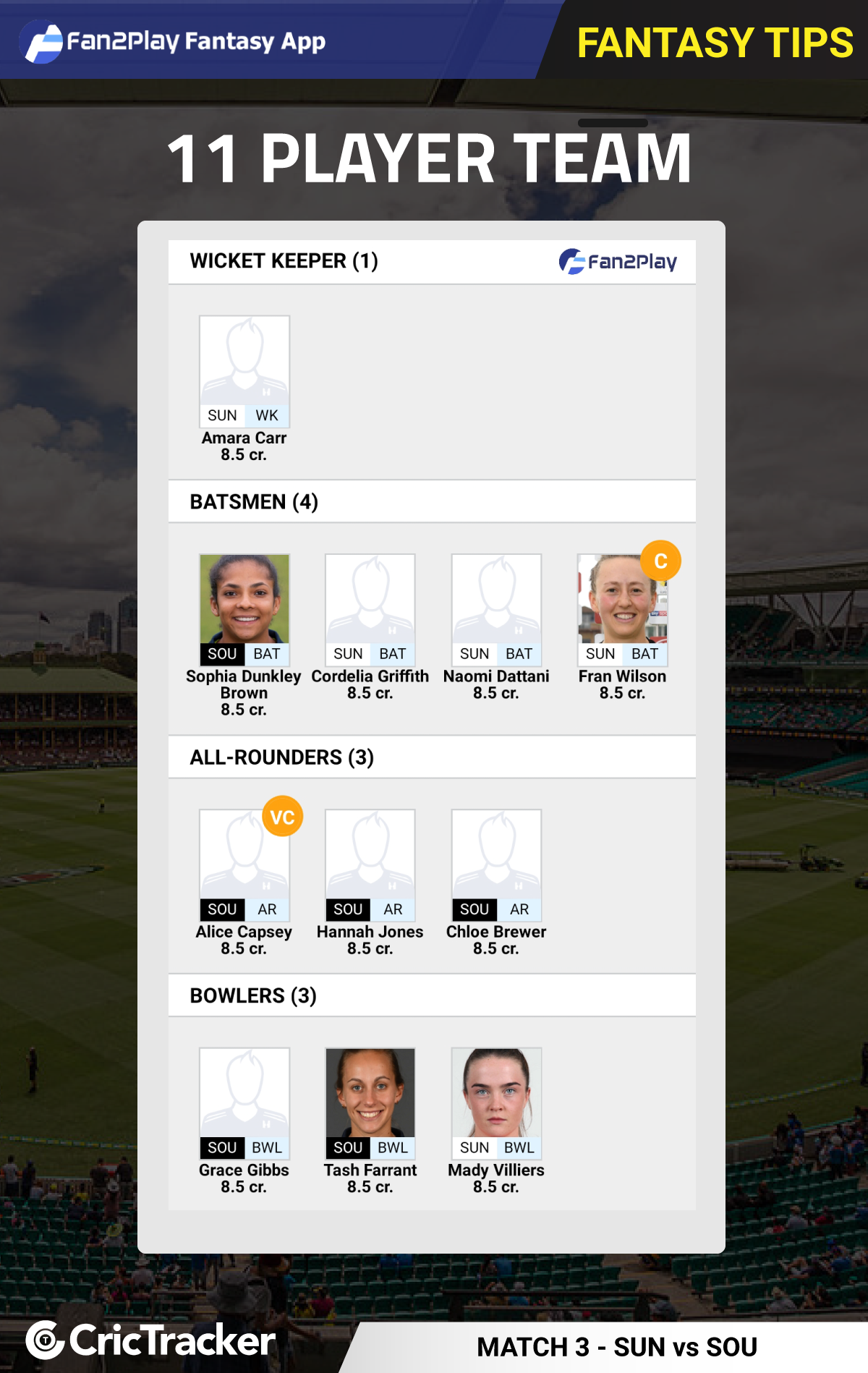