Tom Bruce will be a key player for any fantasy side as he is in red-hot form with the bat.

The 24th match of the Super Smash 2019-20 will be played between Canterbury and Central Districts at the Hagley Oval in Christchurch.

Canterbury is finally back on track as they convincingly won their previous game against Northern Knights. Their batting line up displayed some brilliant work as a unit and the same would be expected from them when Canterbury will lock horns with Districts. In batting, they have some really highly rated batsmen that comprise of Chad Bowes, Leo Carter and Cole McConchie, who will look to play a good knock in the upcoming game. On the other hand, they still need to fill the voids in their bowling unit ahead of the next game.

Central Districts are currently ranked third in the points table but they have suddenly lost their consistency in Super Smash. And, they would be eager to regain their form by winning the game against Canterbury. They boast of a strong batting line up that consists of George Worker, Dane Cleaver and Christian Leopard, who will have to perform in their respective department to edge their side to 4th win in the ongoing tournament.

The track at Christchurch will offer an exciting contest between the bat and ball. The bowlers will have their say in the starting phase of the match as they will certainly get some bounce from the wicket. On the other hand, the batters are expected to time the ball well in the latter part of the match. Moreover, the side winning the toss will look to bowl as far as the trends of the tournament are concerned.

Average first innings score: 174 (In the games played at this venue in this season of Super Smash)

Canterbury has included the local all-rounder Ken Mcclure in their squad for the clash against Central Districts.

Central Districts have announced an unchanged 12-man squad for the next game.

Tom Bruce will be a key player for any fantasy side as he is in red-hot form with the bat. So, far he has mustered 241 runs in his eight outings in Super Smash 2019-20. George Worker is also in good touch, who has shown some glimpse of his good form and is 2nd leading run-scorer for his side in the ongoing tournament.

Ajaz Patel and Kieran Noema-Barnett will be the players to watch out with the ball, who has put forward some impressive show in the T20 tournament. The former has grabbed 14 wickets whereas the latter has so far scalped 10 wickets. 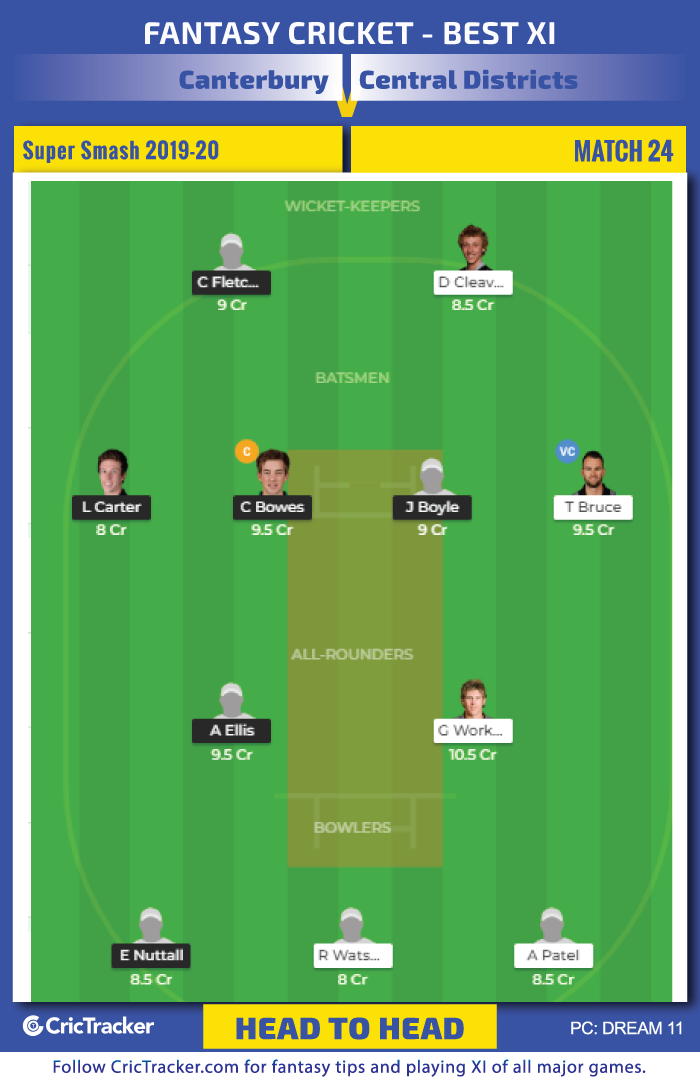 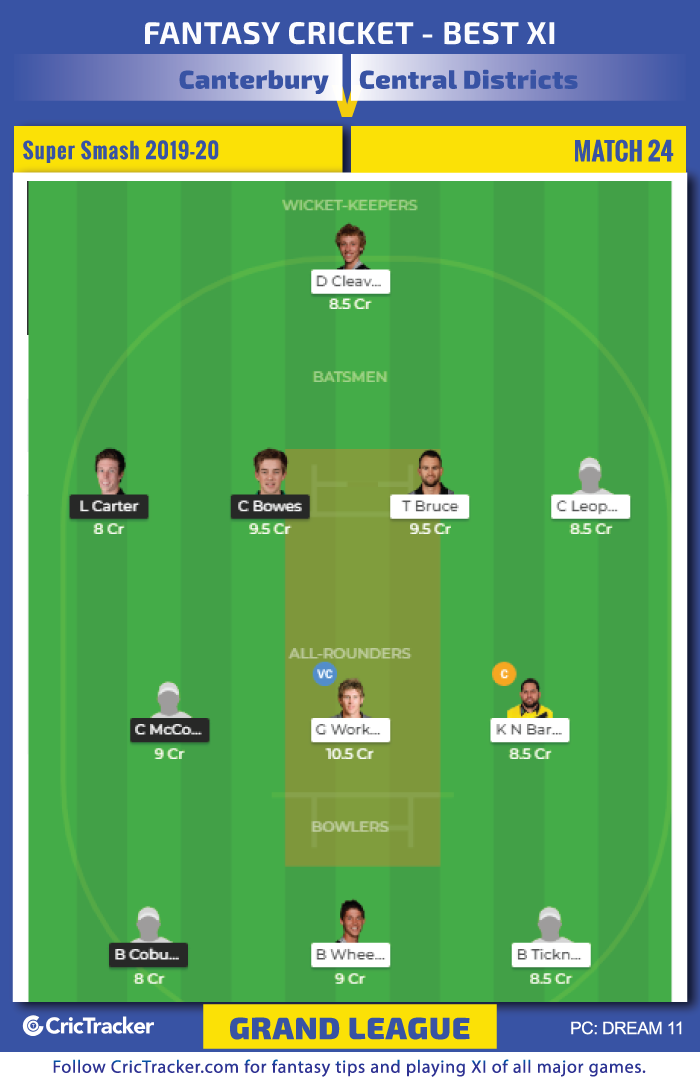 Leo Carter played a swashbuckling knock in the previous game and looks in full flow with the bat. It will be important to pick him in the Grand League but the users have to adjust the credits accordingly for the same. And, they might have to go with only two all-rounders in the match between Canterbury and Central Districts.

Central Districts are expected to win this match against Canterbury.