Central Stags will badly miss their key players Dean Cleaver and Greg Hay for this match.

Central Stags will go head-to-head against Wellington Firebirds in the 21st match of the Super Smash 2021/22 on Saturday. Central Stags made a good start into this tournament with two big wins over Otago Volts and Wellington Firebirds. However, they lost their plot later on and managed to win only one of their next 4 matches. It’s a significant match considering the position they are in this tournament. With 3 wins and 4 losses, they are at the fourth spot in the standings with 12 points.

Wellington Firebirds, on the other hand, are back in business with two consecutive wins over Otago Volts. They pulled their socks up and performed beyond the expectations in the last couple of matches. With 3 wins and 3 losses, they are at the third spot in the standings with 12 points.

The wicket here at Pukekura Park is hard to predict at times. Over 430 runs have been scored in the last match played here. It’s quite difficult to defend the targets here and hence bowling first is a better option.

Tom Bruce played his best knock of the tournament in the last match against Canterbury Kings, where he belted 93* runs from just 36 balls. Overall in this tournament, he has accumulated 215 runs in 7 matches and has also picked up 3 wickets.

Doug Bracewell is a useful all-rounder in any form of the game. He has scalped 8 wickets in 6 matches in this tournament and has also scored 50 runs with the bat.

Finn Allen played an aggressive knock in the last match against Otago Volts where he struck 68 runs from just 32 balls. Overall, in this tournament, he has scored 177 runs at a strike rate of 203.44.

Michael Bracewell is leading from the front for Firebirds in this tournament. In 5 matches, he has scored 124 runs at an average of 41.33 and also picked up 5 wickets.

CS vs WF Must Picks for Dream11 Fantasy Cricket: 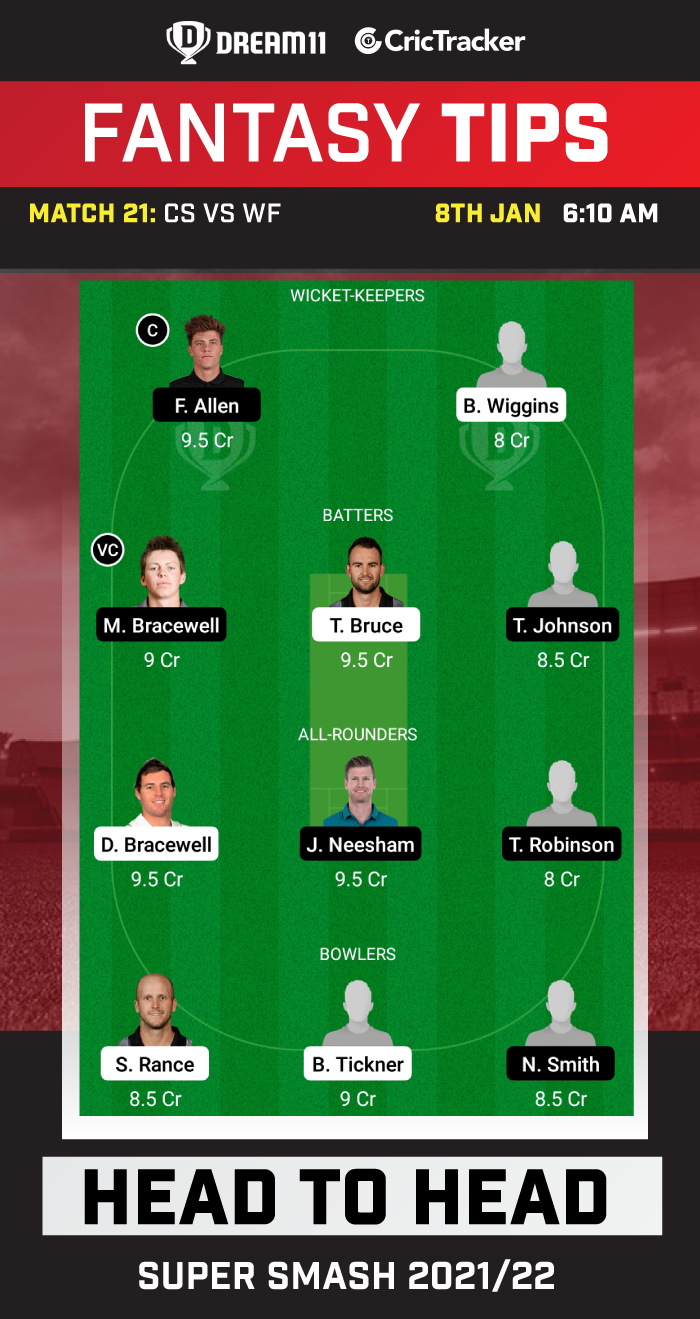 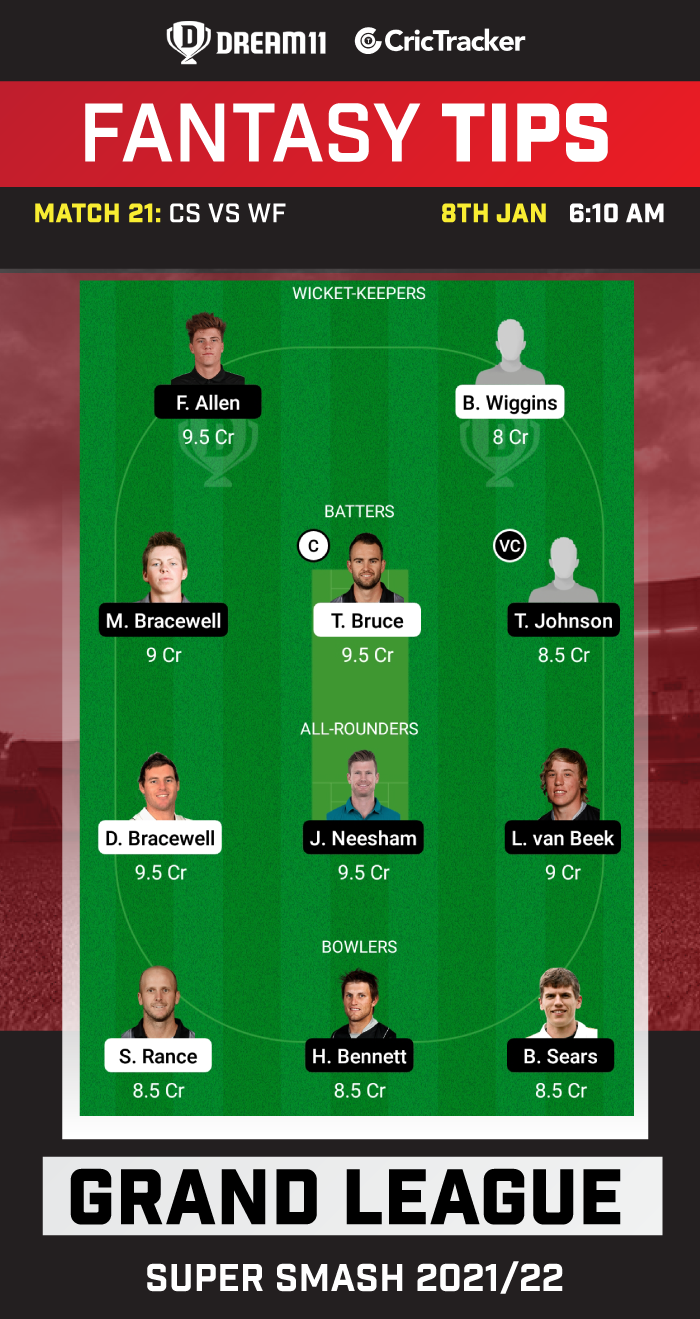