Northern Brave will face Wellington Firebirds in the 24th match of the Super Smash 2021/22 on Sunday. Northern Brave have already made their way into the playoffs. However, they will be looking to finish at the top of the standings, which will give them direct entry into the finals. They won 5 matches in this competition and their only loss came against Otago Volts by 3 wickets.

Wellington Firebirds, on the other hand, are inching closer to the playoffs. With 4 wins and 3 losses, they placed themselves at the third spot in the standings with 16 points. Both sides are meeting for the first time in this competition and we can expect a cracker of a contest between them.

The surface here at Cobham Oval tends to assist the batters more. Having said that, there will be little purchase for the quicks as well. Both sides are unaware of how the surface going to behave and hence bowling first makes sense here.

Colin de Grandhomme finally arrived at the party with a blistering knock of 86 runs from 45 balls against Central Stags on Friday. Overall in 6 matches so far in this tournament, he has scored 164 runs at an average of 27.33.

Joe Carter is among the runs for Northern Brave in this tournament. In 6 matches, he has accumulated 174 runs at an average of 34.8 with the best score of 75*.

Michael Bracewell recorded the highest score by an individual in this tournament with a sensational knock of 141* runs from 65 balls against Central Stags. In 6 matches in this tournament, he has scored 265 runs at an average of 88.33 and has also picked up 5 wickets.

Finn Allen has hammered 181 runs in 7 matches in this competition at an average of 25.85 which includes 2 half-centuries.

NB vs WF Must Picks for Dream11 Fantasy Cricket: 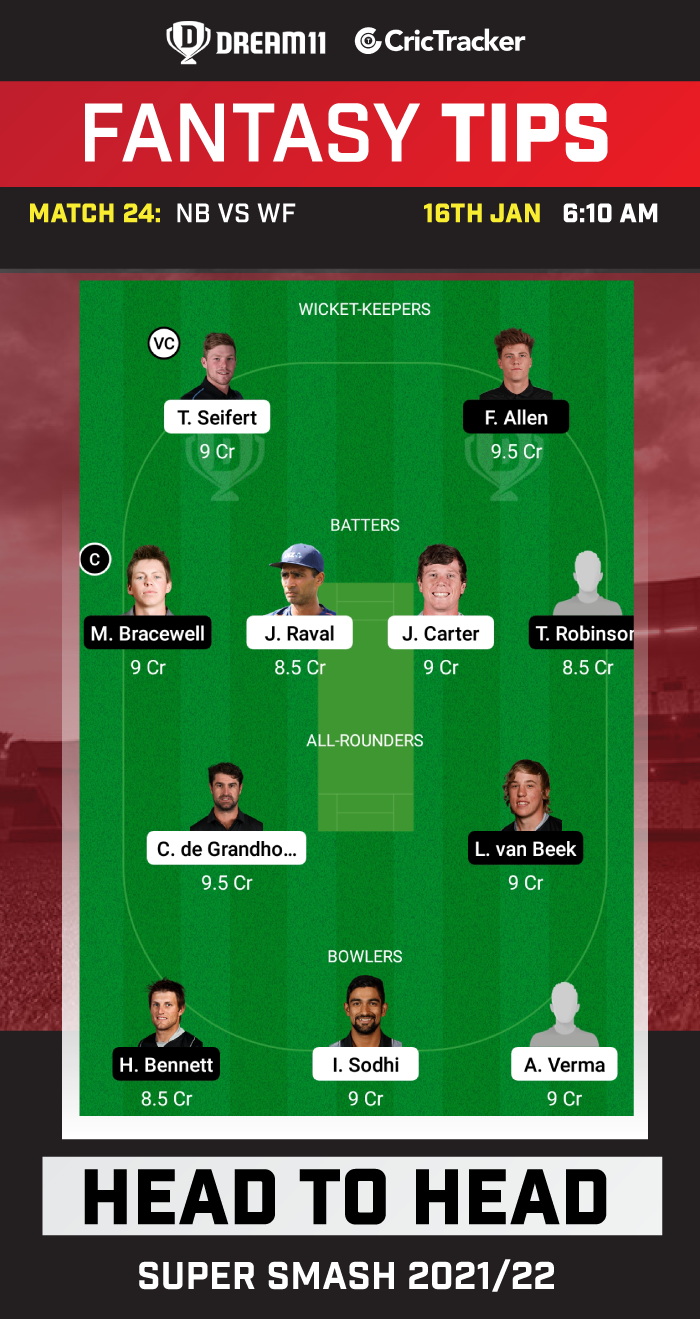 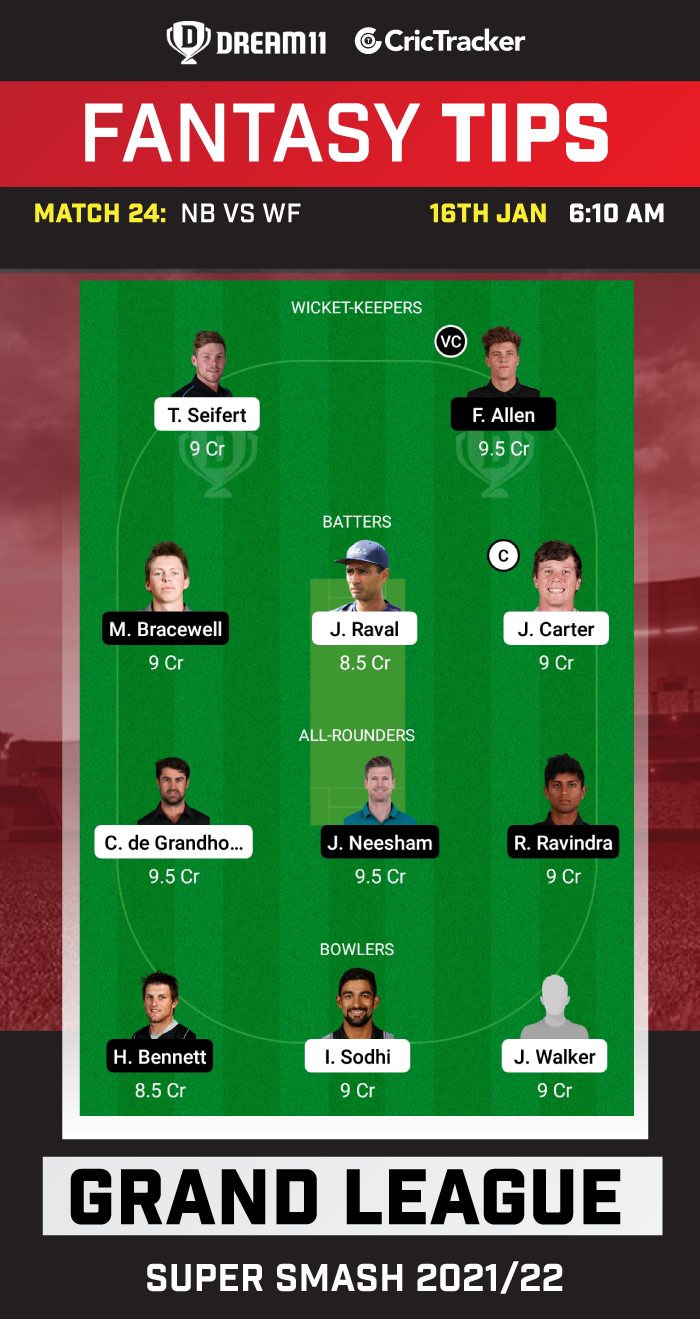 Northern Brave are expected to win this match.