Lockie Ferguson has been in sensational form with the ball for Auckland Aces.

Auckland will lock horns with Wellington in the 26th match of Super Smash T20 on Thursday. Auckland Aces have blown hot and cold in this competition. They have won four of their eight matches and are placed in the fourth position in the standings.

On the other hand, Wellington Firebirds have had an exactly similar campaign. They too have won four of their eight matches, but thanks to their healthy net run rate, they are placed in the third position.

The pitch at Eden Park is a balanced one, where both batters and bowlers will enjoy equal assistance.

Lockie Ferguson has been in sensational form with the ball for Auckland Aces. He has picked up 14 wickets at an economy rate of under 7.

Auckland have not had many decent performers with the bat, except perhaps Mark Chapman. He has scored 172 runs at an average of nearly 25.

Michael Bracewell has scored 280 runs for the Wellington Firebirds at an excellent average of 70, while he also has picked up 6 wickets.

Finn Allen has also been in good touch with the bat for the Firebirds. He has scored 188 runs at an average of nearly 25. 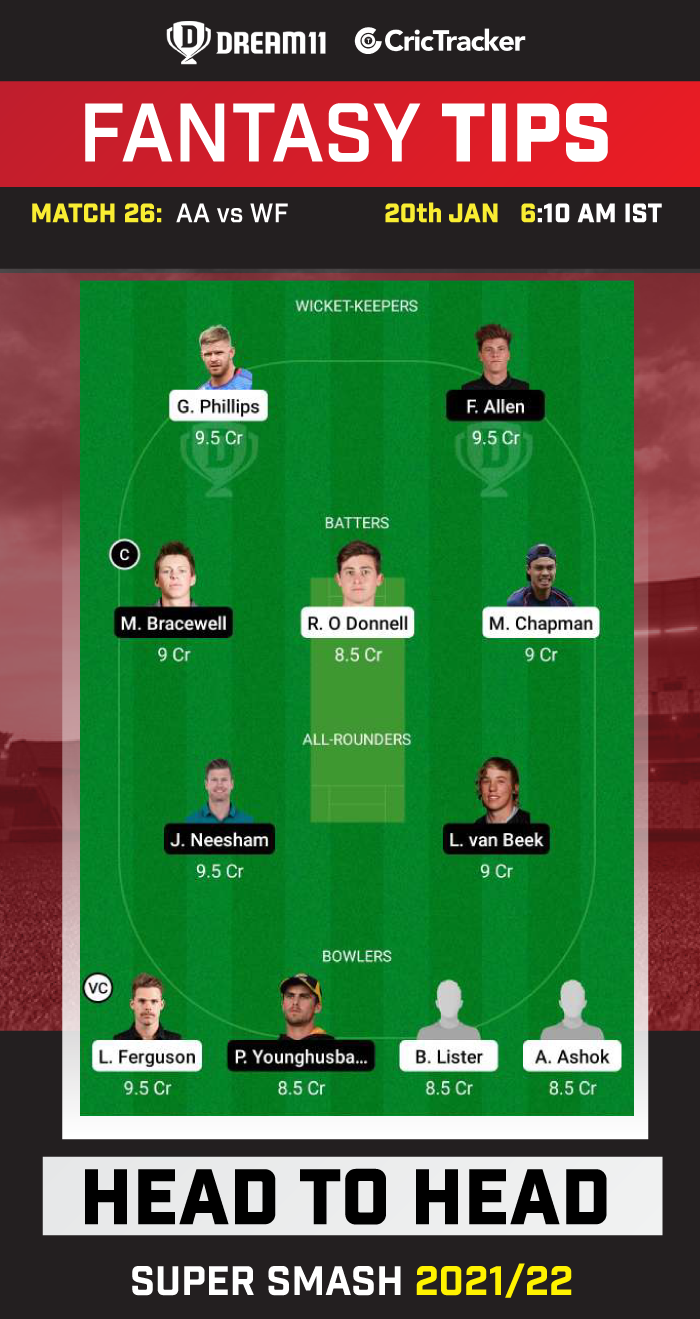 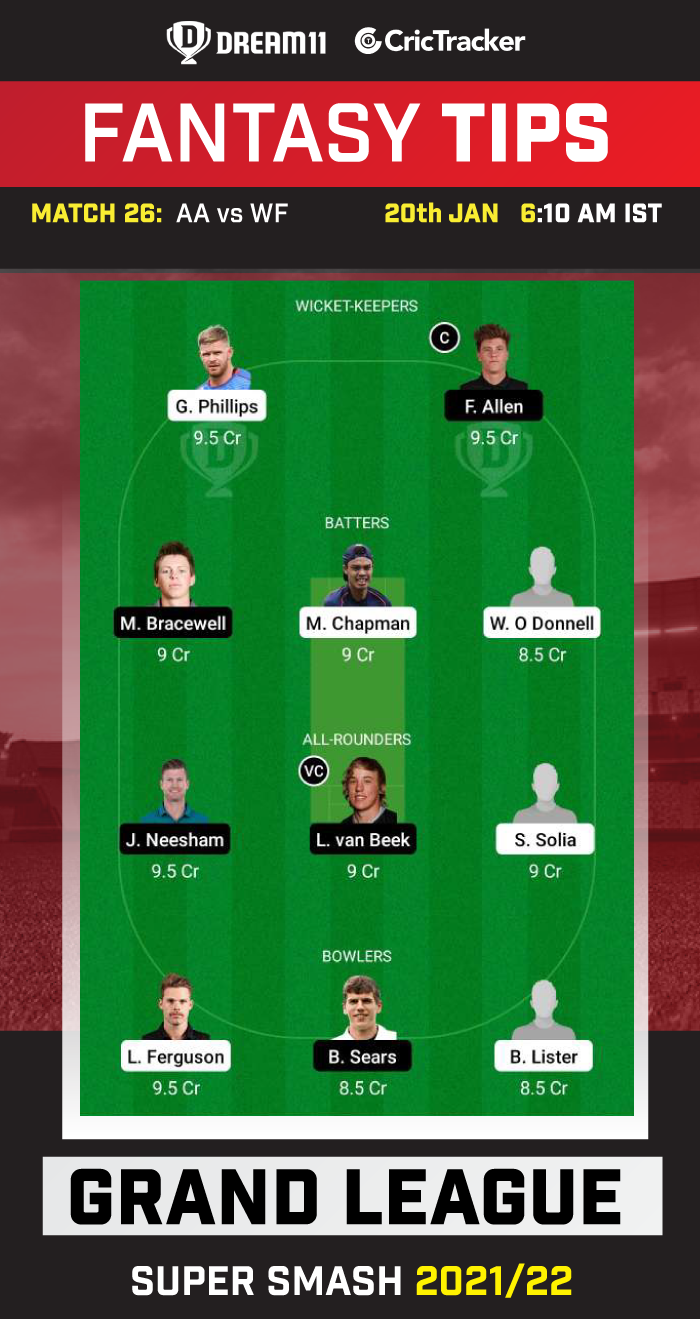 Logan van Beek has picked up 7 wickets for Wellington Firebirds at an economy rate of just over 8, while he also has scored 142 runs.

Ben Lister has been in excellent form with the ball for the Aces. He has picked up 11 wickets at an economy rate of under 7.