It is advisable to pick all four all-rounders in both of your Dream11 Fantasy teams. 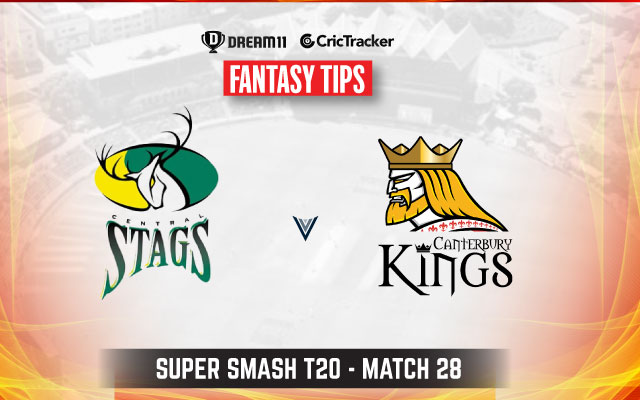 The 28th match of Super Smash 2020-21 will be played between Central Stags and Canterbury Kings on 5th February, at the McLean Park in Napier.

Central Stags will face Canterbury Kings in the 28th match of Super Smash 2021. Central Stags are currently placed at the 3rd spot on the points table. They have won five out of nine matches they have played so far. They lost their last match against Wellington Firebirds by 8 wickets. The Stags will be looking forward to getting back on track in this upcoming match.

Canterbury Kings, on the other hand, are just above them on the points table, having won six out of nine matches they have played so far. They are having a decent season so far. The Kings will come into this match high on confidence after winning their last match by 6 wickets against Otago Volts.

The weather on Friday is expected to remain mostly cloudy throughout the day. The temperatures will be hovering around the 19 Degrees Celsius mark.

The track here at McLean Park is flat, in which it becomes very easy to bat and we can witness a high scoring match on Friday. Chasing would be preferable at this venue as the wicket gets better to bat on as the match progresses.

George Worker is the second-highest run-scorer of the tournament so far. He has scored 418 runs at a brilliant strike-rate of 140 in his 9 outings.

Daryl Mitchell has been in brilliant form with both bat and ball. He has scored 216 runs at an average of 31 and also picked up 7 wickets in seven matches he played for his team.

Doug Bracewell is in brilliant form with both bat and ball in this season so far. He has scored 208 runs at an average of 69.33 and also picked up 10 wickets in 9 matches.

Cole McConchie has been in decent form with the bat for Canterbury Kings. He has scored 229 runs at an average of 46 in his 8 innings.

Blair Tickner has been in brilliant form with the ball in this season. He is the highest wicket-taker of the tournament so far. He has scalped 14 wickets in nine matches at an economy rate of 8.1 runs per over.

Matt Henry is currently the best bowler for Canterbury Kings in this season. He has scalped 11 wickets at an economy of 8 runs per over in eight matches he played for his team.

India vs England: Zak Crawley ruled out of first two Tests after suffering a freak injury 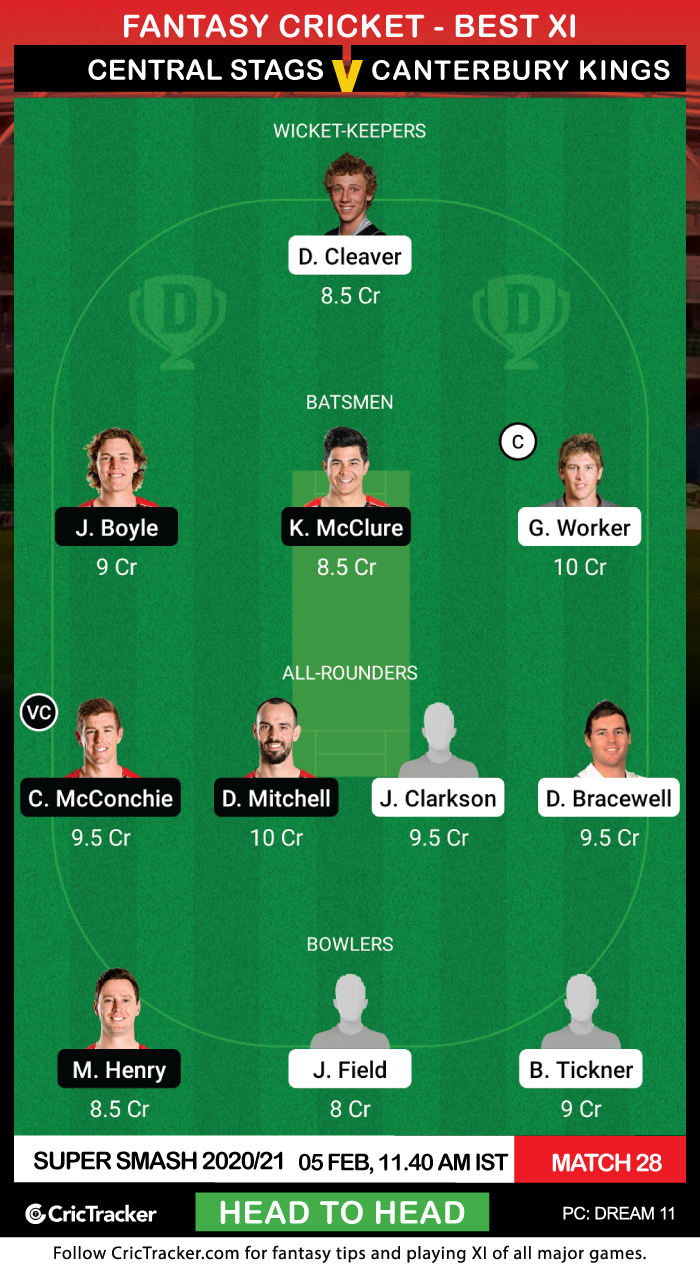 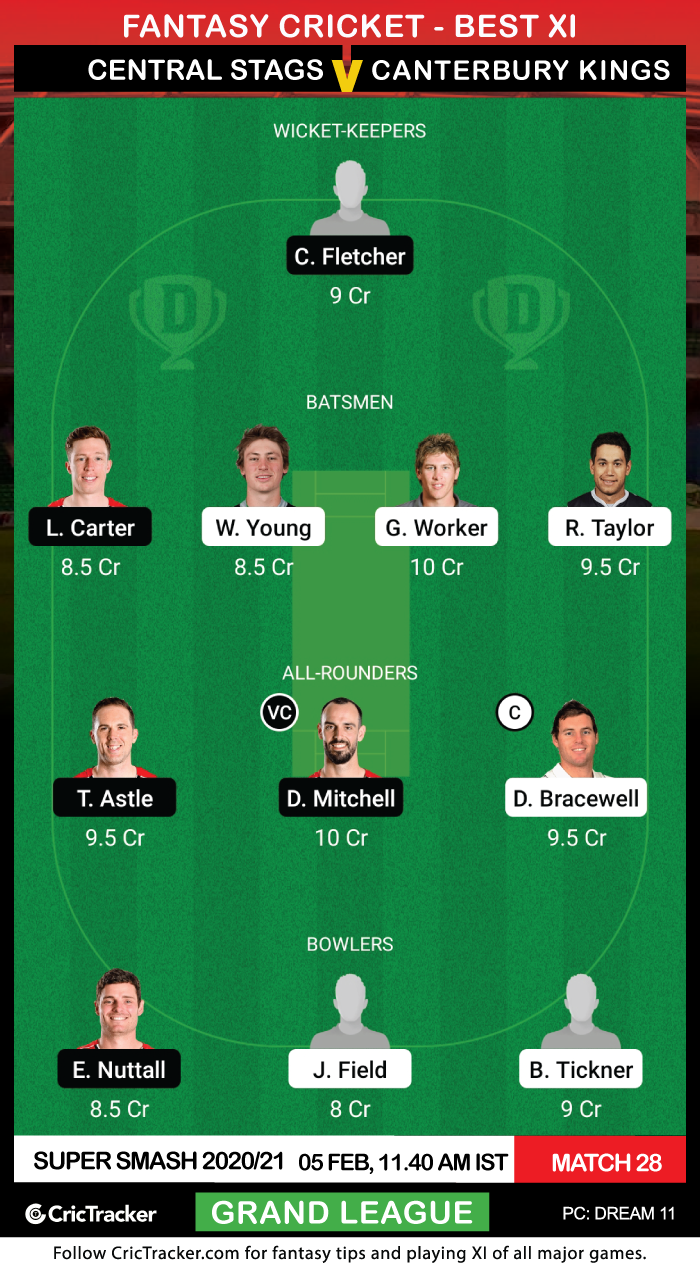 It is advisable to pick all four all-rounders in both of your Dream11 Fantasy teams, as they can get you some crucial points with both bat and ball.