It is advisable to pick Mitchell McClenaghan as a vice-captain in your Dream11 Grand League. 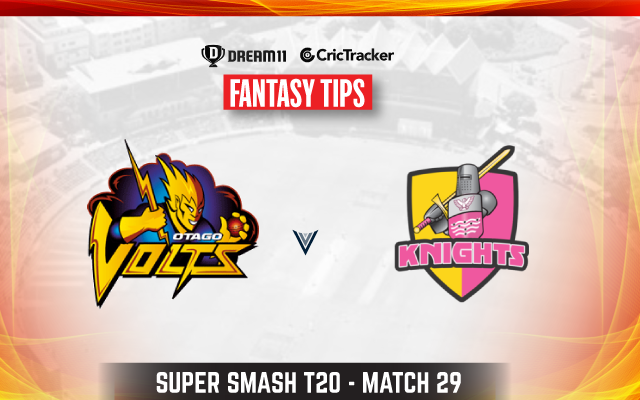 The 29th match of the Super Smash T20 2020-21 will be played between Otago Volts and Northern Knights on 6th February, at the University Oval in Dunedin.

This match is scheduled to start at 07:40 AM IST and will be streamed live on FanCode.

Otago Volts are ready to face Northern Knights in the upcoming game of Super Sash on Saturday. Otago Volts lost their previous match against Auckland Aces, as they failed to chase the target of 184 runs posted by the opposition. Moreover, they have lost 7 out of their nine matches they played in the competition and are rooted on the points table with only 8 points in their bag.

Northern Knights, on the other hand, have had an up and down season. They won their previous battle against Auckland Aces by chasing down the total of 162 runs in the allotted 20 overs. Besides, Otago Volts defeated Northern Knights in their last meeting. They are placed at the 4th position with 16 points in their account.

The weather is forecasted to be partly cloudy and the precipitation are very low. The temperatures is expected to hover around 16 Degrees Celsius mark.

The track at University Oval looks like a batting-friendly one, where batsmen enjoyed batting on this surface. Bowlers have to hit the right line and length to contain the runs flow.

175 (Out of the two matches played at this venue)

If I had got one opportunity in Tests, then maybe I would have been satisfied today: Ashok Dinda

Neil Broom is the leading run-getter for his side in the ongoing competition. He has scored 245 runs from nine games and will we be a wise choice for your team.

Anaru Kitchen has been the best all-rounder for Otago Volts, as he scored 192 runs with the bat and has picked up 4 wickets with the ball as well.

Mitchell McClenaghan and Michael Rippon would be the top bowlers in the upcoming game. They have picked up a combined 21 wickets.

The wicketkeeper-batsman Tim Seifert is the fourth-highest run-scorer in the league and will be the must pick player as well. Seifert has amassed 258 runs that he played at an average of around 29.

The skipper of Northern Knights, Anton Devcich is the other must have player in your Dream11 Fantasy team. He has piled up 211 runs at an average of well above 30.

Scott Kuggeleijn is expected to be the key bowler in the upcoming game against Otago Volts. He has bagged 11 wickets, which is the most by any player from his side.

Also Read – After the IPL a couple of weeks off is a must for the players: Ravi Shastri 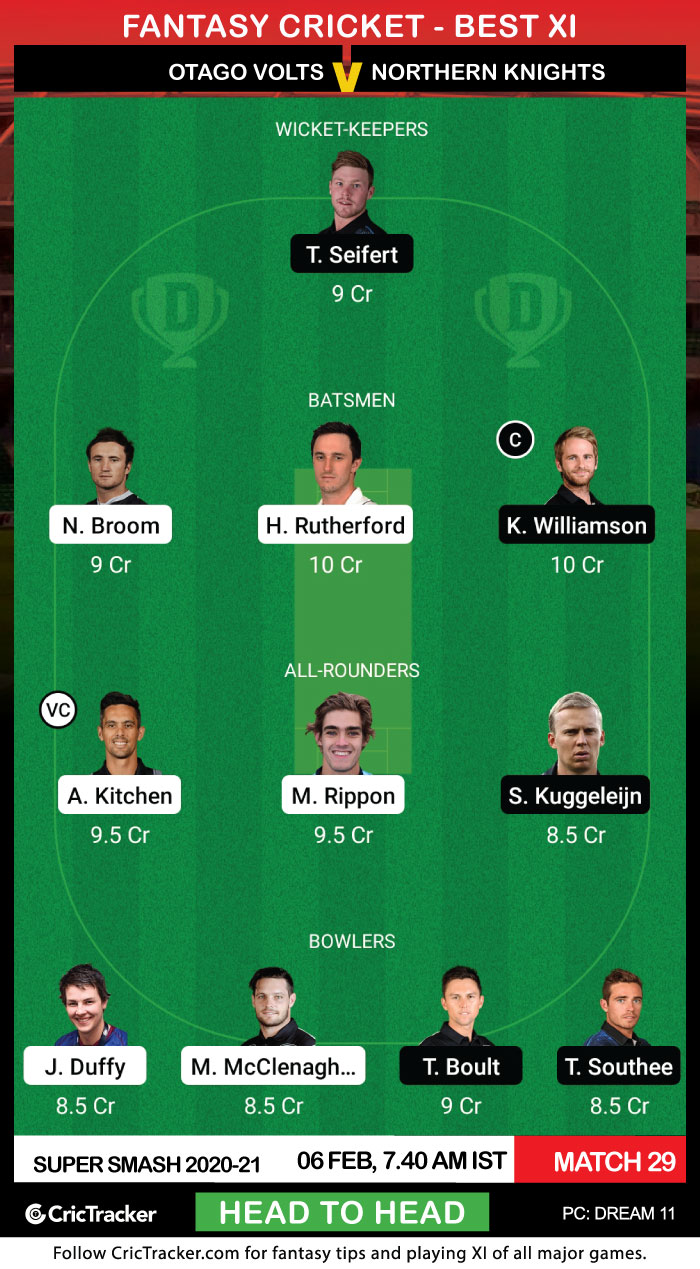 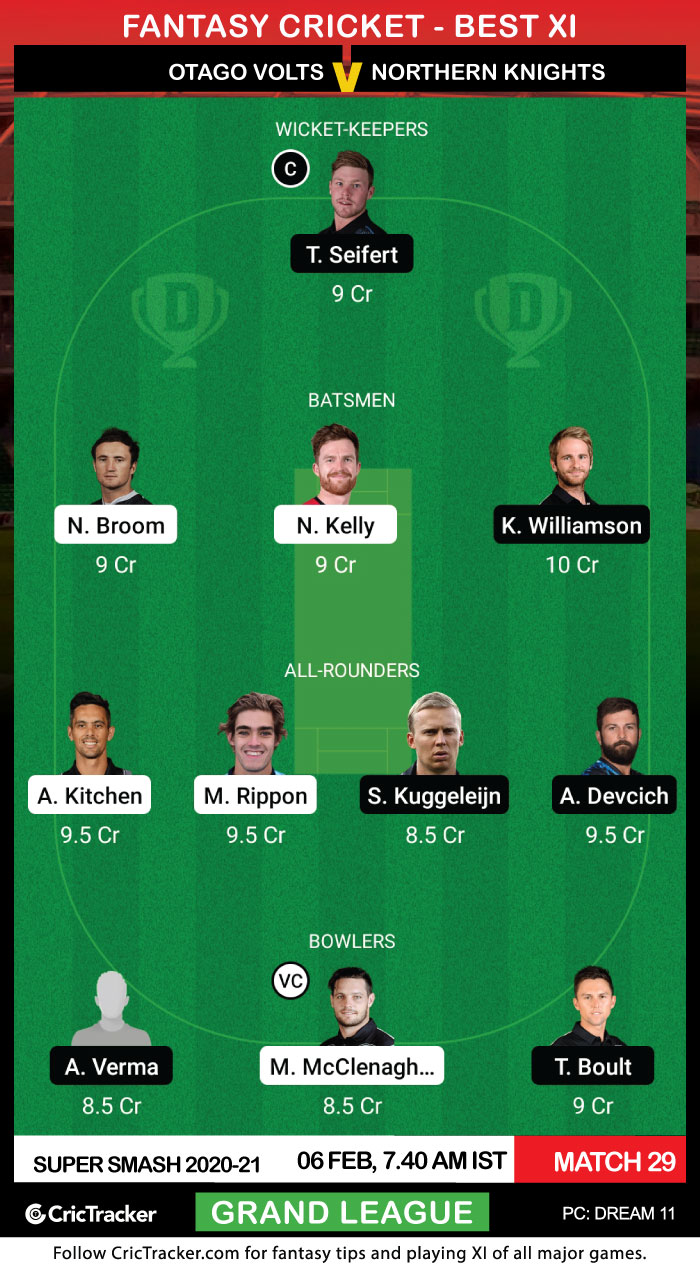 It is advisable to pick Mitchell McClenaghan as a vice-captain in your Dream11 Grand League. He can give the breakthrough at any kind of situation of the game.