Not making Rahkeem Cornwall captain or vice-captain could well backfire.

The 9th match of the Super50 Cup 2019-20 of the Group A game between Leeward Islands and Jamaica will be played at the Conaree Sports Club in Basseterre, St Kitts.

The Leeward Islands started of the Super50 Cup 2019-20 with back to back wins at the Warner Park in Basseterre. They thumped the defending champions Combined Campuses and Colleges by 198 runs in the opening game of the tournament. In the 2nd match, they got better of Canada team by 70 runs. The big man Rahkeem Cornwall’s all-round efforts have been crucial in the two wins.

They will now face the Jamaica team at the Conaree Sports Club in what will be the first day game of the tournament. Jamaica began with a loss against Barbados as they were bundled out for 190 chasing Barbados’ total of 265. The talking point in that game was Andy McCarthy’s all-round show. He bagged a 4-wicket haul and followed it with a 83-ball 95 but could not stop his team from losing.

Conaree Sports Club could be under clouds on Sunday but is unlikely to be affected by rain.

The Conaree Sports Club will be making its professional debut on Sunday when Leeward Islands faces Jamaica. Considering the scores in the U19 matches held here in 2017, we might be in for low totals. Spinners picked up more wickets during the WICB Under-19s Limited Overs tournament.

Rahkeem Cornwall starred in the first game with a 4-wicket haul and it was his 95-run knock made the news in the 2nd game. He did contribute in other departments as well in both matches. Andre McCarthy of Jamaica got both in their first game. He took a 4-wicket haul and followed it with a 95-run knock but couldn’t see his team through to a win. Sheeno Berridge has been quite consistent with seven

Not making Rahkeem Cornwall captain or vice-captain could well backfire. 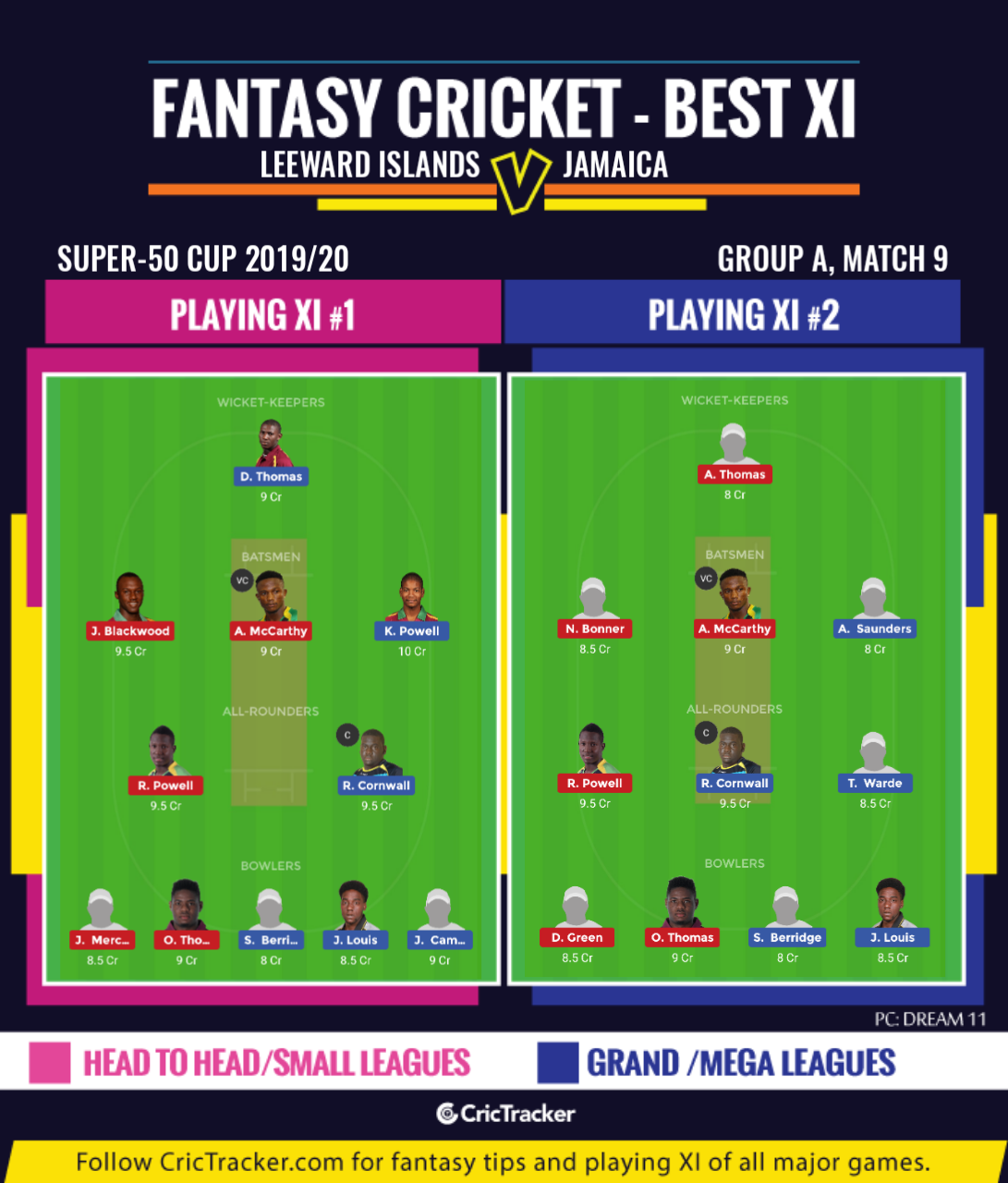 Rahkeem Cornwall in two matches and Andre McCarthy in the first game created havoc and earned a huge number of fantasy points. Hence, both the players have been made captain and vice-captain in both our suggested XIs. Both are likely to finish their full 10 overs on a surface where spinners held the domination.

The Leeward Islands are expected to register their 3rd straight win.